Top 3 weapons of modern artillery in terms of firing range 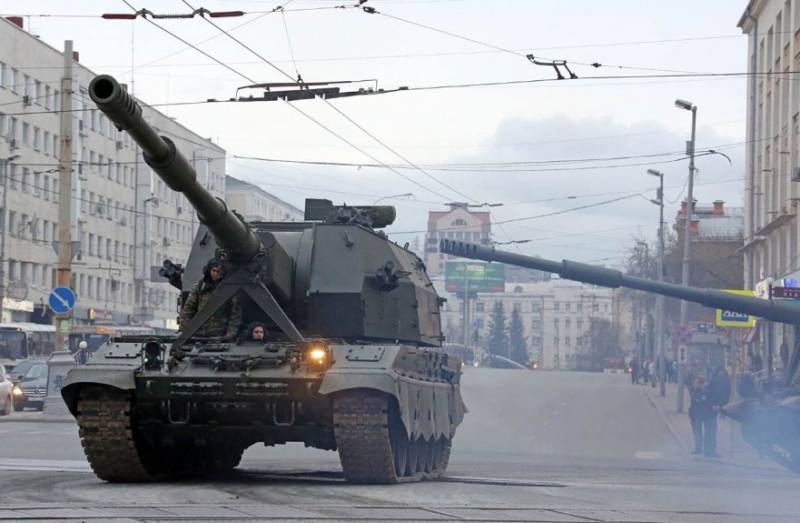 Despite the development of various types of weapons, the "god of war" artillery retains its position. One of the most important characteristics of artillery pieces that ensure their advantages on the battlefield is the firing range. Let's define the most long-range weapons of our time.

The PzH 2000 self-propelled artillery mount - Panzerhaubitze 2000 - was developed by the German company Krauss-Maffei Wegmann back in 1998. ACS is equipped with a 155-mm cannon, has an automated fire control system, an automatic loading system, a fire detection and automatic fire extinguishing system. The howitzer has a serial firing range of more than 30 kilometers. At a training ground in South Africa, a German self-propelled gun fired an active-rocket projectile with improved aerodynamics for 56 kilometers.

Some military experts, analyzing not only the firing range, but also other characteristics of the German self-propelled guns, consider the PzH 2000 to be the most advanced such weapon in the world. It is even called the benchmark for other self-propelled artillery installations, which is worth looking up to. 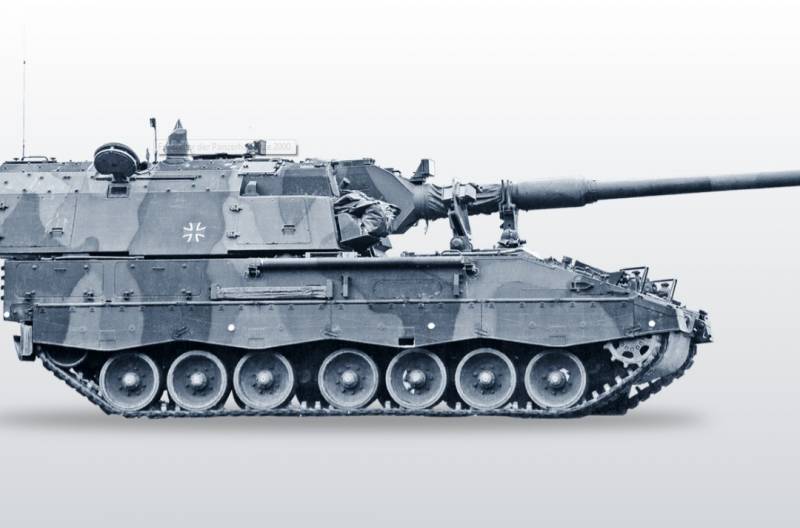 But in terms of firing range, as it turned out, the German complex is inferior to the Russian Coalition. In addition, the German self-propelled guns, according to the estimates of the German military themselves, have such a drawback as low accuracy of fire. This was revealed during the use of self-propelled guns by parts of the Bundeswehr in Afghanistan. We put the German SPG in third place in our top.

In the late 1970s - early 1980s. the situation in the south of the African continent was extremely difficult: wars flared up in Angola, Mozambique, Namibia. In this regard, the leadership of South Africa was tasked with creating a highly mobile self-propelled howitzer capable of quickly covering long distances, including over rough terrain.

The South African company Denel Land Systems took over the development of the howitzer. Since 1988, the G6 ACS began to enter the South African army. Unlike many other SPGs, the G6 is wheeled. But its clear advantage is its firing range. 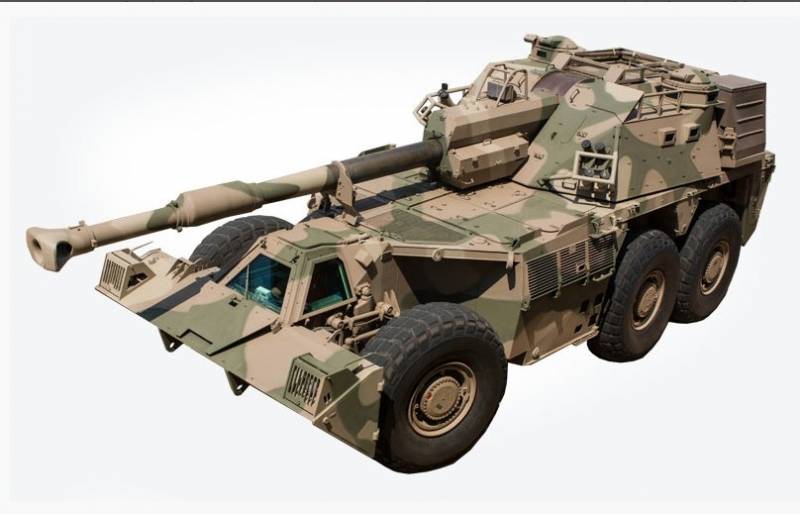 Until recently, the G6 held the world record for firing range: it has the ability to fire a rocket projectile with improved aerodynamics at a distance of 67 kilometers. The usual firing range of a South African self-propelled howitzer is in the region of 50 kilometers with active-rocket high-explosive fragmentation shells and 38 kilometers with conventional high-explosive fragmentation shells. 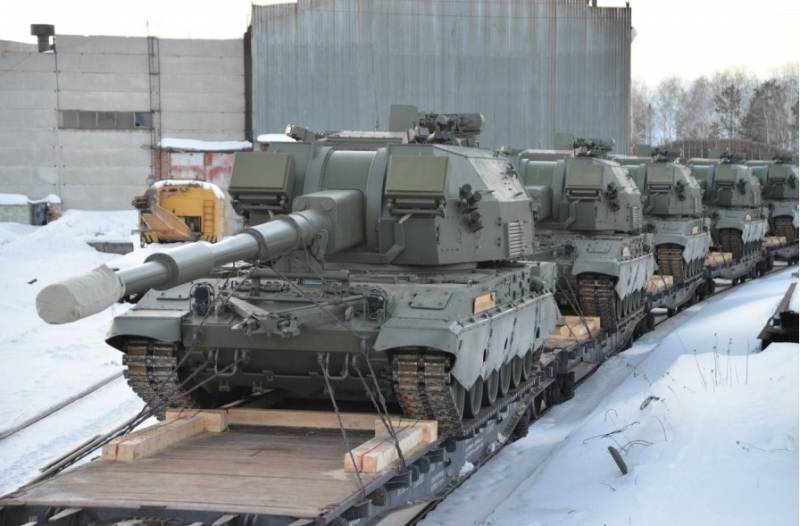 Russian 152-mm artillery complex 2S35 "Coalition-SV" was created on the basis of tank "T-90". It is designed to destroy tactical nuclear weapons, artillery, tanks, armored vehicles, air and anti-missile defense of the enemy. It is difficult to underestimate the capabilities of the Russian artillery complex in modern warfare. Not so long ago, a wheeled version of a self-propelled howitzer was presented.

The Ministry of Defense of the Russian Federation claims that in terms of its main characteristics, the "Coalition-SV" is 1,5-2 times superior to all other self-propelled artillery installations, including all self-propelled guns in service with the armies of the potential enemy - the United States and NATO countries. But the main advantage of the "Coalition-SV", thanks to which it got to the first place in our top, is its firing range. It is up to 80 kilometers. 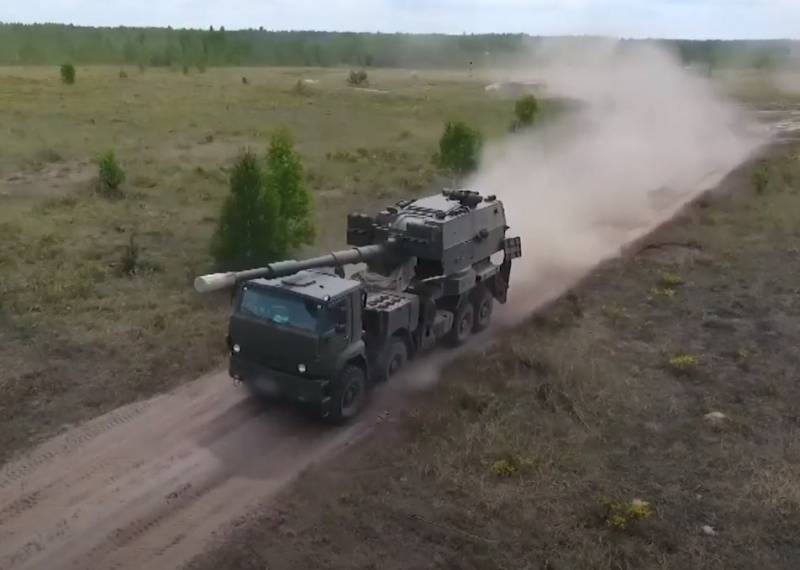 Wheeled version of 2S35 on the way to shooting. Shot from the reportage of TK "Zvezda"
No self-propelled artillery unit in the world can boast of such a range. The 2S35 significantly surpasses in firing range such well-known modern self-propelled guns as the British AS-90 "Braveheart", the Chinese PLZ-05, the German Panzerhaubitze 2000 and even the modernized versions of the American M109 self-propelled guns.

So, with serial ammunition "Paladin" shoots only at 22 km, the German self-propelled gun Panzerhaubitze 2000 - at 30-40 kilometers, and our "Coalition" easily hits a target located 40 kilometers from the ACS. So Russia has something to be proud of - in artillery, we are still at their best, which the American experts themselves note with alarm. For example, in the magazine The National Interest, the low firing range compared to the Russian 2S35 was called the “Achilles heel” of the M109A6 “Paladin” ACS.