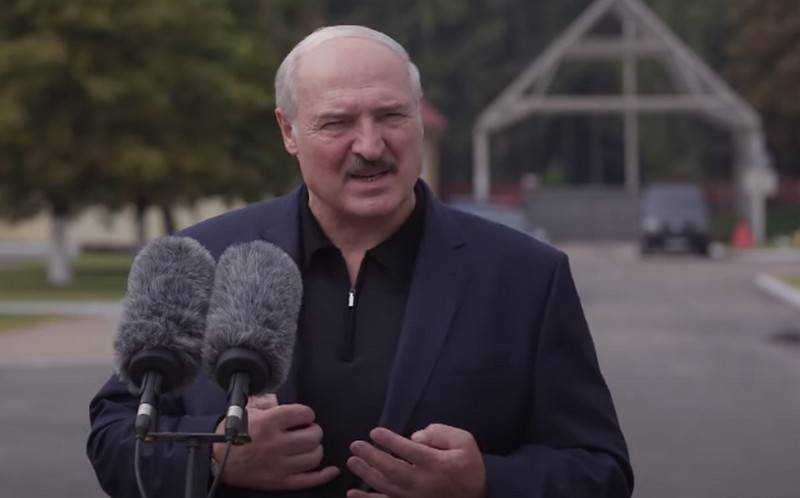 Belarusian leader Alexander Lukashenko demanded that the military take all measures to protect the territorial integrity of the republic. He made the corresponding statement during a visit to a military training ground near Grodno.


According to BelTA, Lukashenko called on the Defense Ministry to pay special attention to the western part of the country, where NATO troops are concentrated. According to him, a scenario of a color revolution with outside support is being used against Belarus.

Protect, first of all, the western pearl of Belarus with its center in Grodno. With the adoption of the most stringent measures to protect the territorial integrity of our country. (...) an external factor is connected, which is not always the case. Usually they spin inside, overthrow the current government. But since the power is in our place, it strongly resists, they connected an external factor
- he said.

The President of Belarus stressed that the collective West is providing military support to the opposition, as evidenced by the concentration of NATO forces near the borders of the republic.

Military support is evident - the movement of NATO troops to the borders. (...) the opposition plans to appeal to Western states, in this case to NATO members, in order to protect the population. They bring in troops - and you can put an end to Belarus
- he said, adding that this is "direct intervention in the situation in Belarus."

Ctrl Enter
Noticed a mistake Highlight text and press. Ctrl + Enter
We are
Reports from the militia of New Russia for 27-28 September 2014 of the yearDecember 2010 years. Russian March. Senseless and merciless? Notes not a Russian person
119 comments
Information
Dear reader, to leave comments on the publication, you must to register.