Combined engines for hypersonic vehicles are being designed in the USA 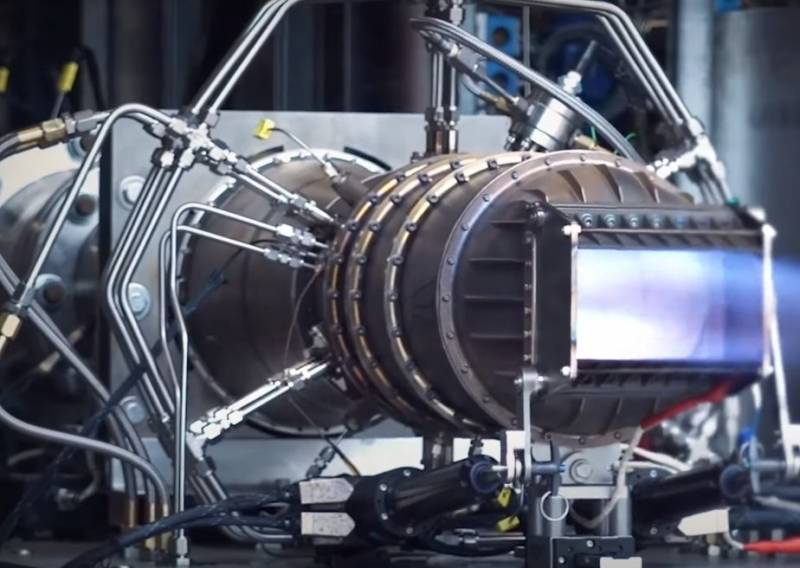 The Pentagon has attended to the creation of a combined engine for a promising multipurpose hypersonic missile. At the same time, it is possible that both planes and unmanned vehicles will want to equip such engines.


The main task in the framework of further improving the capabilities of hypersonic vehicles is the development of a multipurpose expendable hypersonic demonstrator with an air engine EHMMAB-D (Expendable Hypersonic Multi-Mission Air-Breathing Demonstrator).

A distinctive feature of a hypersonic ramjet engine from conventional jet engines is the supersonic combustion of fuel in a combustion chamber. Air is supplied to the chamber by direct flow, the use of additional compressors is not required, the air flow enters the air intake, then into the narrowing compressor chamber, and then into the combustion chamber. Engines of this class operate at a speed of at least Mach 5.

For the American military department, a combined engine that combines a hypersonic ramjet engine with conventional jet turbines is now of particular interest. According to experts, such a system will work at lower speeds than Mach 5.

American military observer Joseph Trevithick writes that it is difficult to overestimate the importance of such an engine for the further improvement of both missiles, and aviation... For example, an airplane with a similar engine system will be able to take off like a regular jet plane, accelerate to supersonic or hypersonic speeds in the middle of the flight, and then slow down and land like a regular plane.

If we talk about a disposable aircraft, for example, a rocket, then the ability to accelerate to hypersonic speed without the need for a special rocket accelerator, according to Trevithick, opens up new possibilities for design. The ability of an aircraft or missile to switch between low and high speed modes in the future will allow the concept of "low-slow flight" to be realized, followed by high-speed flight. 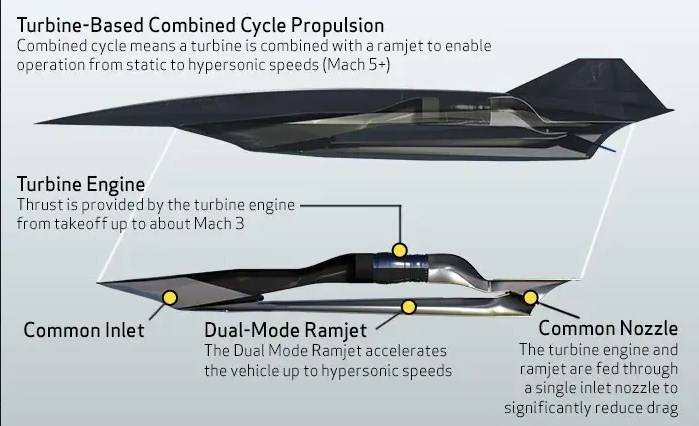 The US Air Force is now looking to acquire a test bed to support flight tests of these engine types. The military department has already acquired the X-60A hypersonic test bench, the importance of which in the study of the survivability of materials and the scale of the payload at extreme speeds can hardly be overestimated.

As for the development of a hypersonic engine, the US Air Force signed a research contract in this direction with Hermeus Corporation, which is testing its own prototype of a combined cycle jet engine. In addition, the Defense Advanced Research Projects Agency (DARPA) is implementing its own Full Range Multicycle Advanced Engine (AFRE) program.

In addition, Lockheed Martin also stated that the SR-72 will presumably use the combined cycle engine that the company has been developing since the mid-2000s. The possibilities of designing a hypersonic passenger aircraft of a representative class with a similar combined engine are also being studied.

However, similar developments are underway not only in the USA. Rolls-Royce, headquartered in the UK, which makes traditional jet engines, recently announced a new partnership with Reaction Engines, which is working on combined cycle engines for use on a spacecraft.

If the projects of American corporations cooperating with the Air Force become a reality, they will revolutionize the world of jet engines.

Ctrl Enter
Noticed oshЫbku Highlight text and press. Ctrl + Enter
We are
Promising projects of the BrahMos family of missilesIn 5-10 years, Russia will be rejected in the stone age?
Military Reviewin Yandex News
Military Reviewin Google News
57 comments
Information
Dear reader, to leave comments on the publication, you must to register.