The case of bullying in the Israeli army 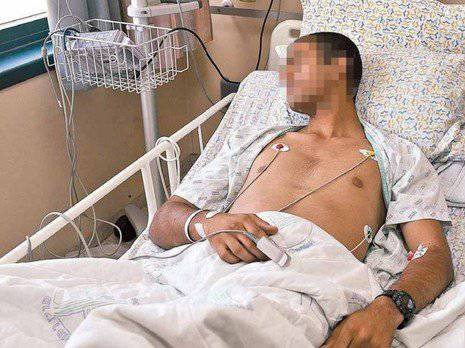 11 senior soldiers of the Kfir Brigade are accused of beating a Nachshon battalion soldier. The incident occurred last Thursday at a military base, when a soldier was "punished" for not agreeing to go through the ceremony of initiation into the old soldiers.

As a result of the incident, the victim was examined by a military doctor and, due to fears of internal injuries, it was decided to take him to the intensive care unit at Haémek Civil Hospital in Afula. Two days later he went on the amendment and was transferred to the general office.

Israeli publications say that the injured soldier (his name was not disclosed) has been serving in the battalion for a year and a half, but despite this is considered a “young fighter”.

“They beat me with their hands and feet when I was already lying on the floor. I covered my face with my hands, asked them to stop, but it did not help. I thought I would die,” the victim described what happened to him last Thursday.

In this case, eleven soldiers have already been arrested, the investigation continues. Some of the detainees confessed to the crime, but stated that they “sentenced” the soldier only to “12 comic strikes,” and not to cruel beating. According to them, at the beginning of the service, they also had to undergo similar ceremonies. According to one of those arrested: "Everything was a joke. We were not going to hurt him. It was so accepted here." 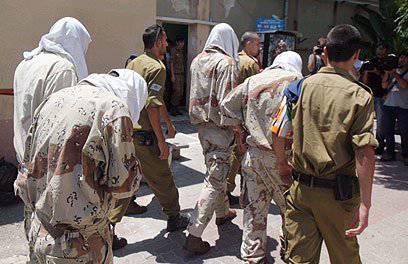 Suspects on the way to the military court for extension.

The soldier’s mother described what was happening to her in recent days: “What happened there simply doesn’t fit in my head. I still cannot believe it, and my son is still in a state of shock. When I sent him to the army , I thought that something could happen, after all he was in combat units. But I couldn’t imagine anything like that. So that my son suffered at the hands of other soldiers ... "From the words of the mother, whatever the decision of the military court, the family is going to file a civil action against those arrested for moral and material damages ba

The soldier himself claims that nothing like this had happened to him before. He also told relatives that, despite what happened, he wants to return to serve in his company.

The public outcry caused by the incident in Israeli society is noteworthy. Issues News central television channels, including the Russian one, opened with reports of this incident, and photographs of the injured and arrested soldiers did not leave the main pages of the central newspapers.

In connection with the incident, the soldier’s complaints officer (an interesting service that should have been written in more detail), retired Major General Yitzhak Brik sent letters to the entire IDF commanding staff, where he declared an all-out war against this phenomenon and demanded silence relation to such relationships between the old servicemen and the young soldiers. 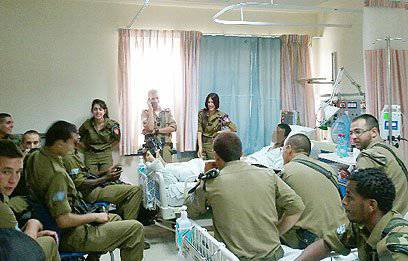 The army reported that after receiving the news of the incident, the brigade commander, Colonel Udi Ben-Mokh, immediately went into a large-scale inspection to determine which commander knew about the existence of such "traditions" and about the relationship between old-timers and recruits. The brigade commander has already removed all those arrested from their posts, and disbanded the company itself. “The military police are investigating all the circumstances of the incident. Upon completion of the investigation, its results will be transferred to the military prosecutor’s office,” said Ben-Mocha.