Race against the US: will Russia get the fastest attack helicopter in the world? 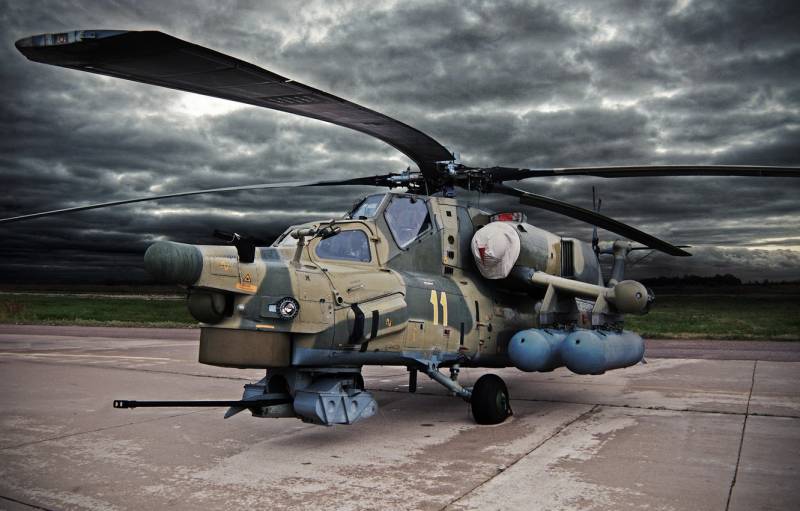 TASS, citing the press service of Rostec, reported on the testing of a new version of the Mi-28N attack helicopter, equipped with blades with new saber tips. They are designed to increase the speed of the car.

"Russian Helicopters" holding will present at the forum [exhibition "Army-2020", which will be held from 23 to 29 August. - Approx. Auth.) know-how: a blade with a saber tip, which will increase the maximum speed of Russian combat helicopters. At present, the blades of this type are undergoing factory flight tests on the Mi-28N helicopter ",
- said in a statement by Rostec.

Back in 2018, Kirill Sypalo, the head of the Zhukovsky Central Aerohydrodynamic Institute (TsAGI), said that TsAGI and Mil OKB had created a number of technologies that would make it possible to increase the speed of Russian combat helicopters to 400 kilometers per hour: about the same number should be developed by promising American combat helicopterswhich we have already talked about. 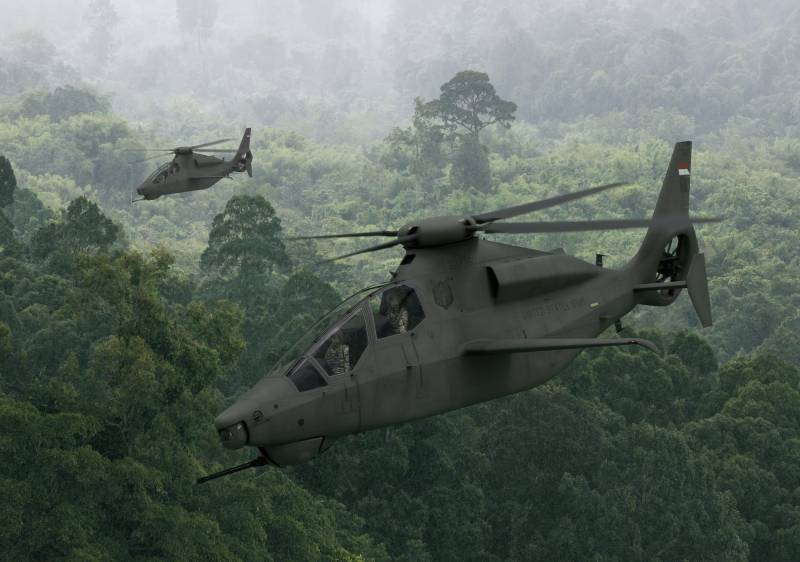 The main focus of Russian developers is on the creation of new rotor blades, which, according to the idea, will dramatically increase the speed of existing helicopters. Kirill Sypalo noted that the blades of the new design will make it possible to reduce the negative aerodynamic effects that occur in helicopters of the classical layout.

This is not the first attempt to modernize the Mi-28N, which in turn is a deeply modernized version of the Mi-28A. Earlier, Russia has already adopted the Mi-28UB helicopter, the main difference of which is a double control complex and improved safety indicators. The newest and most advanced version of the Mi-28 today is the Mi-28NM. Among the main differences are the standard nadvulok radar station, the "rounded" front part and the ability to use the latest aviation means of destruction. The arsenal of the Mi-28NM is to include the mysterious Product 305 missile, which is reportedly capable of hitting targets at a distance of 100 kilometers. 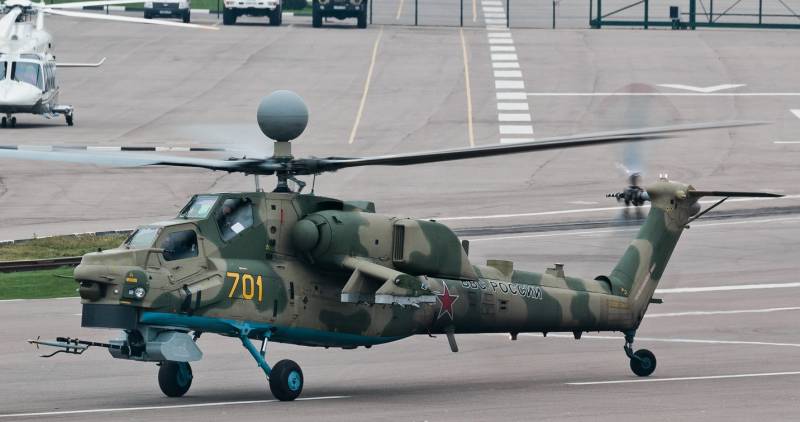 Considering how much controversy the Mi-28NM caused (according to one version, due to the high cost that did not suit the Ministry of Defense), it is naive to believe that the army expects to get a new, even more advanced version of the 28th soon. Most likely, the tests carried out now are a kind of investment in the future, in which there may be no place for modern "slow" helicopters.

It is important, however, to note one point. Despite all the advantages of the Mi-28, this is far from a new machine. She performed her very first flight on November 10, 1982. Of course, the electronics and weapons of the Mi-28 will continue to improve, but it is unlikely that a machine will be created on the basis of this helicopter, which, as stated above, will be able to reach speeds of 400 kilometers per hour.

There is an alternative point of view on these kinds of questions. Earlier, Boeing unveiled the appearance of the new super-fast Apache. It is assumed that by using a third pusher rotor located in the tail section, it will be possible to increase the speed and range of the AH-64 by 50 percent, as well as increase its efficiency by 24 percent. 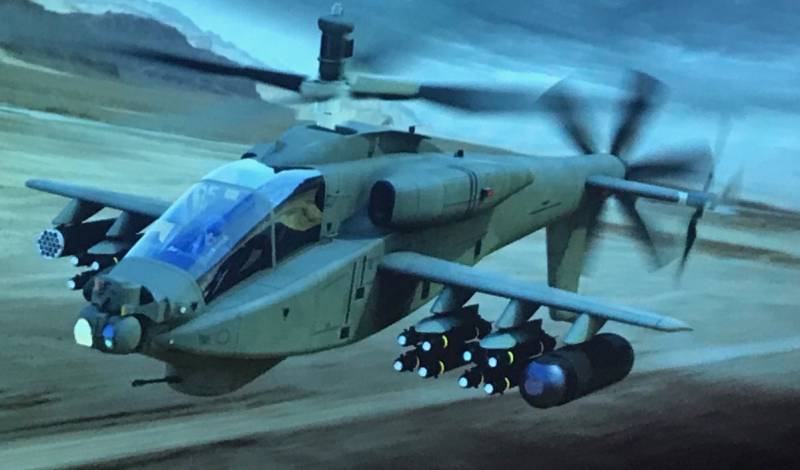 Could the Mi-28 go the same way? On the one hand, the Mi-28 is conceptually close to the AH-64 helicopter. On the other hand, the prospects of the fastest Apache are more than doubtful. Recall that not so long ago, the United States chose two winners to create reconnaissance and attack helicopters for its ground forces in the framework of the FARA competition. Two cars, developed from scratch and not a modification of something already existing, made it to the final. These are Sikorsky Raider-X and Bell 360 Invictus.

The modernization of the Mi-28 is not the first and, presumably, not the last attempt by Russian engineers to work out the concept of a high-speed helicopter. Back in 2015, a demonstrator of a domestic high-speed car, made on the basis of the Mi-24K, took to the skies for the first time.

As noted by the bmpd blog, the prototype was initially created within the framework of the "Promising high-speed helicopter" (PSV) theme: the main element of testing, as in the case of the Mi-28, was to be the development of innovative rotor blades. However, then the specialists were forced to revise the concept, since it did not fit into the technical requirements. It was, in particular, about the impossibility of reaching the required cruising speed, while ensuring the relative efficiency of operating the rotorcraft. Ultimately, research work on the topic of "Promising high-speed helicopter" was stopped in 2014, but the results were decided to be applied for other work in this direction. 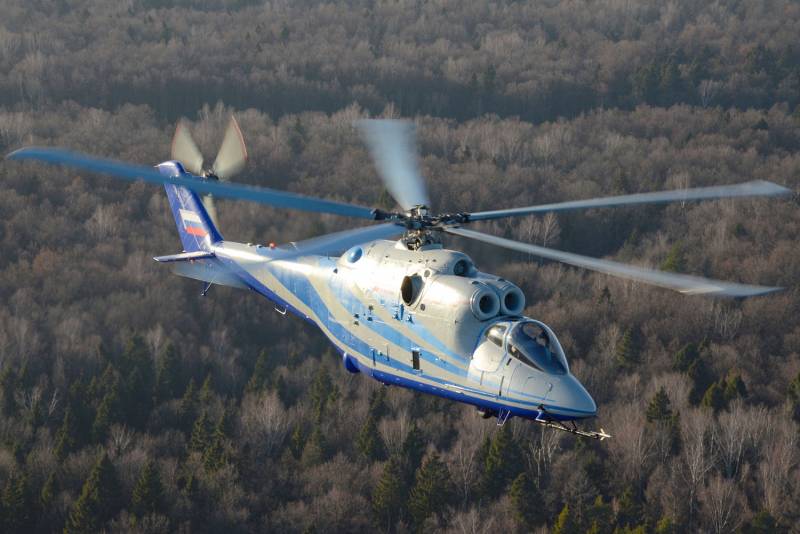 It is difficult to say exactly how the Russian high-speed helicopter of the future is now seen. Obviously, the Ka-92 project, the layout of which was presented at HeliRussia 2009, as well as the almost forgotten Mi-X1 and Ka-90, will remain projects. True, in 2018 TsAGI confirmed previously received information about the development of a high-speed attack helicopter in Russia and even, interestingly, spent a few seconds on it in the program TsAGI 100 Years: The Science of Fly. According to the available information, the speed of the car will be approximately 400 kilometers per hour. The helicopter is seen with a coaxial rotor, additional propellers, a two-seater cockpit with crew members side-by-side, and internal weapons bays. 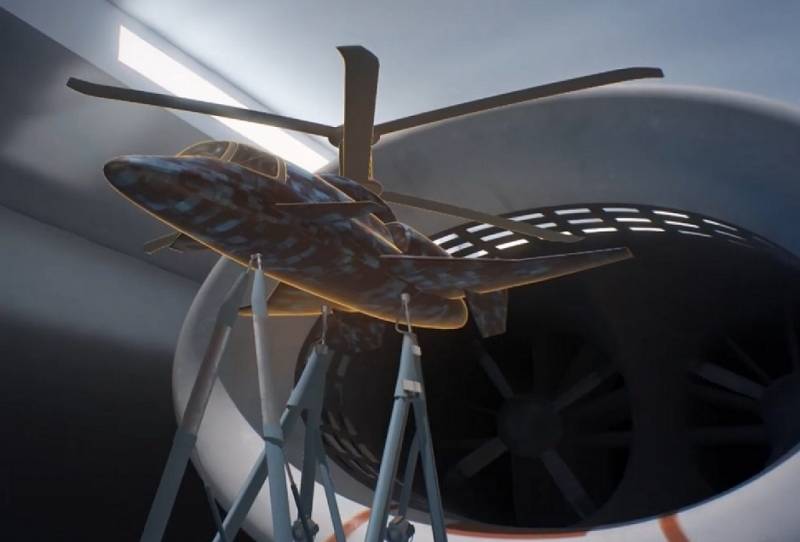 In 2019, Andrey Boginsky, head of the Russian Helicopters holding, shared new information on this matter. According to the data presented at that time, research work on the new attack helicopter has already been completed, the specialists are ready for the next stage. Moreover, the car is conceptually different from what TsAGI showed earlier.

“The priority was given to the machine of the classical scheme, let's call it that, but the decision to start development has not yet been made. At the moment, the version with the classic propeller layout is most consistent with the issued TK, but the Ministry of Defense can make adjustments to it if it deems it necessary, "
- explained Boginsky.

Summing up the available information, it becomes obvious that Russia is betting on the existing versions of the Ka-52 and Mi-28 attack helicopters, including the Mi-28NM and the recently maiden flight Ka-52M. Despite the progress in this area of ​​the United States, Russia is not yet ready to compete with the United States in this area. On the other hand, there are no guarantees that the Raider-X and Bell 360 Invictus will be successful. It's enough to remember history with RAH-66 Comanche, on which great and, as we know, unfulfilled hopes were once pinned. Uncertainty to the situation is added by the rapid development of UAVs, which, by the way, became at one time one of the reasons for the rejection of the development of "Comanche".