Operation Danube: Anniversary of the invasion of Czechoslovakia by Warsaw Pact troops 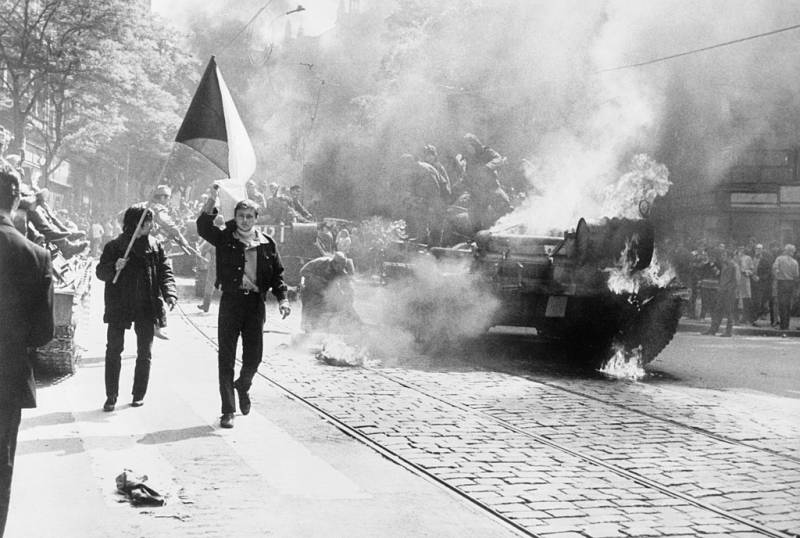 On August 20, 1968 at 22:15 pm, the troops of the Warsaw Pact Organization (OVD) countries received the Vltava-666 signal, which meant the start of Operation Danube to establish control over Czechoslovakia. And already at 2 o'clock after midnight at the Ruzyne airfield in Prague, units of the Soviet 7th Airborne Division landed. At the same time, 18 divisions of the Warsaw Pact countries entered Czechoslovakia in 24 directions from the territories of the USSR, the GDR, Hungary and Poland. The contingent numbered, according to some sources, up to half a million people.

Since the military equipment of several countries participated in the operation at once, it was decided to put white stripes on it so as not to accidentally enter into a military clash with the allies. Having met military equipment that did not have such signs, it should have been neutralized. The Czechoslovak army had an order not to enter into conflicts with the "allies", and this order was carried out.

Although the army was not going to act against local civilians, it was not possible to avoid casualties either among the Czechoslovak population or among the military. Although different sources indicate different numbers, they all claim that their number was small compared to the scale of the events taking place.

But all kinds of things happened. For example, a convoy of Soviet military equipment on a mountain road was blocked by local residents. Ahead were women with children. One of tanks during a sharp maneuver fell into the abyss and caught fire, as a result of which the entire crew died.

There were no clashes, but in Prague and other cities of the country, the military in some cases was pelted with stones and "Molotov cocktails". It is believed that the soldiers of the army of the German Democratic Republic (GDR) acted most harshly against violations of order and attempts to resist.

The Warsaw Pact army quickly seized key facilities in the capital, and a week later, at a meeting in Moscow, the Czechoslovak leadership unconditionally admitted that it was wrong and assured the USSR and other socialist countries of their adherence to "true socialism."

Why were the troops brought in?

The formal reason for the introduction of troops was the invitation of either the head of the Communist Party of Czechoslovakia, Alexander Dubchek, or some mysterious group of prominent "party and state leaders" of Czechoslovakia.

But the important thing is not whether Prague asked for “international assistance or not. It is important that the Soviet Union managed to stop undesirable processes. "Perestroika", initiated in the country by Dubcek, had good intentions. The party leader wanted to build "socialism with a human face" in Czechoslovakia taken separately. Oddly enough, the push for the start of protest actions, in which young people played the most active role, was the abolition of censorship in the country in February 1968. 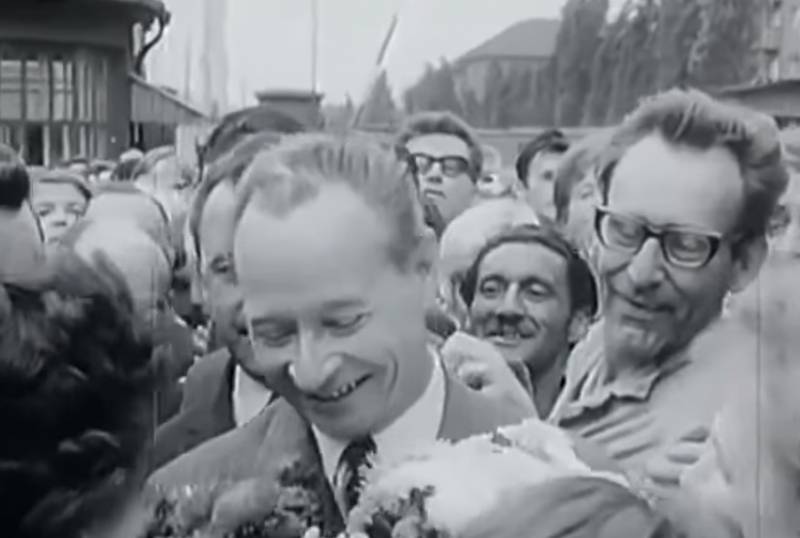 This is how the Prague Spring began

The non-interference of the USSR and other countries of the socialist camp in Czechoslovak affairs could lead, for example, to a split of the country into the Czech Republic and Slovakia, since the contradictions between these parts of the two-united state had already begun to grow. And the split is by no means "velvet".

But there was a worse option - the drift of Prague outside the Soviet orbit. The influx of "tourists" from West Germany and the United States to the country has noticeably increased. The Soviet leadership did not rule out NATO's military intervention in Czechoslovak affairs. And this was not empty paranoia, since the prerequisites for the implementation of this scenario existed, and the intelligence data confirmed this likelihood. Western intelligence services were active in coordinating protests and financing those who are now commonly called "activists."

Therefore, the USSR had only two options: to allow the loss of Czechoslovakia and its withdrawal to the western camp, or the introduction of troops and the return of control over the country by force. As you know, the choice was made in favor of the second option.

Half a century later

In Russia, the anniversary of the entry of troops into Czechoslovakia and the suppression of the "Prague Spring" is practically not remembered today, and the assessments of this event are given by the Russian society very different: from harsh condemnation of the decision of the Soviet government to full approval of the actions of the OVD troops.

In the Czech Republic, August 21 is considered a memorable date, which is officially called the Day of Remembrance for the Victims of Invasion and Occupation. It is celebrated at the state level for the first time this year. When a proposal was put forward to establish this memorable date, it was supported by all parliamentary factions in the Czech Republic, except for the communists.

Ctrl Enter
Noticed oshЫbku Highlight text and press. Ctrl + Enter
We are
Reports from the militia of New Russia for 27-28 September 2014 of the yearResults of anti-terrorist work on Dagestan in April 2014
Military Reviewin Yandex News
Military Reviewin Google News
169 comments
Information
Dear reader, to leave comments on the publication, you must to register.