The modernized version of "Sprut-SDM1" entered the state tests 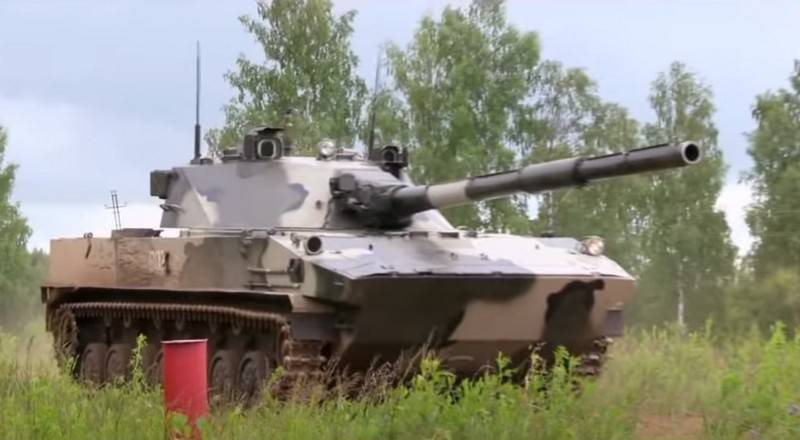 The modernized Sprut-SDM1 self-propelled anti-tank gun has entered the stage of state tests that will last a year and a half. The press service of Rostec reports.

"High-precision complexes" of the state corporation "Rostec" handed over modernized prototypes tank Sprut-SDM1 for state tests. Over the next one and a half years, the machine will be tested in the field in the military formations of the Ministry of Defense of the Russian Federation.
- said in a statement.

According to the report, according to the results of state tests, design documentation will be approved with the assignment of the letter "O1", which will allow the start of serial production. Also "Sprut-SDM1" will be recommended for adoption by the Russian army.

The modernized light amphibious tank "Sprut-SDM1" has become more mobile due to the installation of the engine, transmission, undercarriage assemblies, chassis information and control system, which have already been tested on BMD-4M and BMP-3
- said the deputy director general of the state corporation "Rostec" Vladimir Artyakov.

The Russian combat vehicle Sprut-SDM1 "is armed with a 125-mm cannon, a 7,62-mm machine gun paired with it and a 7,62-mm machine gun mounted on a remote-controlled module. destroying enemy strongpoints and defensive structures, conducting military reconnaissance and outposts.
Ctrl Enter
Noticed oshЫbku Highlight text and press. Ctrl + Enter
We are
The Russian Sprut-SDM1 was highly appreciated in Poland"Sprut-SDM1" armed with a guided missile
72 comments
Information
Dear reader, to leave comments on the publication, you must to register.