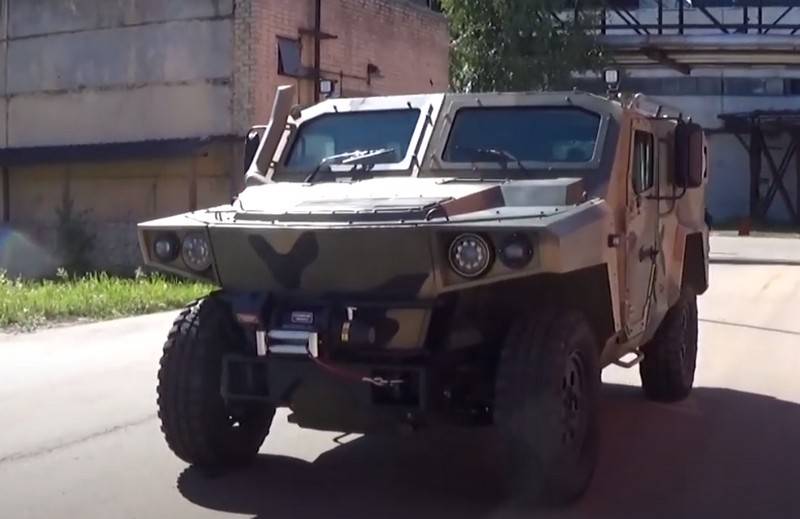 A video of the new Strela amphibious armored vehicle, developed by the Military Industrial Company LLC, has appeared on the Web. The official presentation of the armored car will take place at the Army-2020 international military forum.


The company announced the creation of a new armored car at the beginning of this summer. The machine was created on an initiative basis, it is assumed that a decision on its future fate will be made at the end of the forum. The option of adopting an armored car for service with the Russian army in the class of light armored vehicles is not excluded.

The gross vehicle weight is only 4,7 tons, while the armor provides class 2 ballistic protection. Mine protection provides protection for the crew in the event of detonation under the wheel of explosive devices up to 2 kg in TNT equivalent. The new armored car is designed to transport people and various cargoes with the required level of armor protection. The machine can be used in various qualities, taking into account the assigned tasks. It is possible to install various equipment and weapons on it.


Max. highway speed - up to 155 km / h, capacity - up to 8 people. The design of the machine is based on promising 100% Russian units, components and parts, planned for development in the mass production of the domestic auto industry.

Ctrl Enter
Noticed oshЫbku Highlight text and press. Ctrl + Enter
We are
At the forum "Army-2020" will show a floating version of the armored car "Strela"A new family of armored vehicles has been developed in Russia
Military Reviewin Yandex News
Military Reviewin Google News
27 comments
Information
Dear reader, to leave comments on the publication, you must to register.