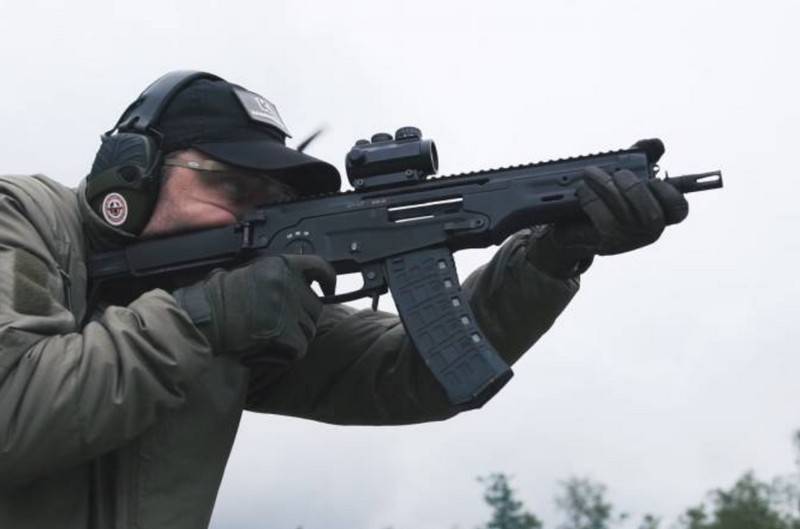 Concern "Kalashnikov" has completed preliminary tests of small-sized automatic machines AM-17 and AMB-17, developed within the framework of the ROC "Malysh". This was stated by the general director of the concern Dmitry Tarasov.


According to Tarasov, the production of prototypes has now begun, which will go for state tests.

As previously reported, the Kalashnikov concern has developed small-sized automatic machines to replace the outdated AKS-74U and AS Val. For the first time, the machines were presented at the Army-2017 forum.

The total length of the AM-17 assault rifle is 740 mm, the barrel length is 230 mm. The cartridge used is 5,45X39 mm, the magazine holds 30 rounds. The telescopic stock folds to the right, the fire mode switches are located on both sides of the machine. The cocking handle can be located on both the right and left sides weapons, which is very convenient for lefties, who can customize the weapon for themselves. There is a Picatinny rail that allows you to install various sights and lights on your weapon. Weight AM-17 - 2,5 kg.

The small-sized silent machine AMB-17 as a whole repeats the design of the "basic" AM-17, but has a number of characteristic differences. AMB-17 received a modified barrel with an integrated silencer. The cartridge used is 9X39 mm. Magazine for 20 and 30 rounds.