Is Navalny being turned into a "sacred victim"? 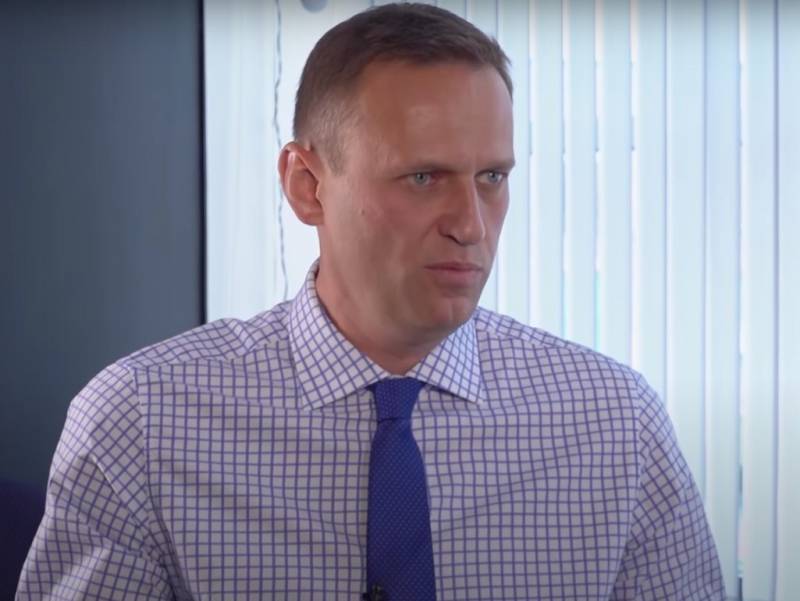 On the morning of August 20, 2020, all Russian media flew around news: Alexei Navalny was hospitalized. The most famous Russian "extra-parliamentary oppositionist" is poisoned. But is this really so and who could be behind the attempt to poison Navalny?


Stories with unexplained poisoning, abductions and other sad events in the life of politicians have happened in the post-Soviet space before. So, in 2004, the now half-forgotten Ivan Rybkin suddenly disappeared: later he was found in Kiev, and the politician's entourage announced that he had been drugged and kidnapped. In September of the same 2004, a strange story happened to the presidential candidate of Ukraine Viktor Yushchenko: he was supposedly poisoned during dinner.

However, for 15 years, the investigation has not been able to come to an unambiguous verdict on the poisoning of the presidential candidate. In July 2019, Ukraine's chief military prosecutor Anatoly Matios said there was no evidence of Yushchenko's poisoning. You can also recall the mysterious story of the poisoning of defector Sergei Skripal and his daughter Yulia in Great Britain.

Actually, there are several versions regarding the poisoning of Alexei Navalny. The first is that the oppositionist “got himself poisoned”, as it may be beneficial to him - just think, he will stay in the hospital, but what a PR, especially if you take into account that recently they began to forget about Navalny. By the way, the law enforcement agencies have already expressed a similar point of view: Aleksey could have taken something or drink himself, after which he was poisoned. Perhaps this is also an accidental, household poisoning.

The second version is that Alexei Navalny was deliberately poisoned by his opponents. But here it is worth thinking about who can be named among these opponents, moreover, capable of such actions. If we were talking about the special services, then, most likely, they would have already talked about the date of the funeral, and the special services now have a lot of other opportunities to eliminate any uncomfortable person.

In the current political situation, Navalny does not pose any real threat to the current government and even to its individual representatives. Moreover, his many years of "opposition" activity is accompanied by a fair amount of hype, but no serious consequences for him personally did not come. This only suggests that Navalny is actually indifferent to the authorities, if not beneficial. For example, it draws the attention of opposition-minded citizens, shifts the focus of attention from the real shortcomings of the existing socio-economic system to private and, in general, meaningless nuances like the cost of the ex-prime minister's sneakers or the height of the fence at the dacha of some top manager of a state corporation.

The third version, the most interesting, implies that Navalny could have been deliberately poisoned by his patrons or supporters. There are several reasons for this. First, Alexey worked his way out and is no longer needed, but, as they say, "he knew too much." 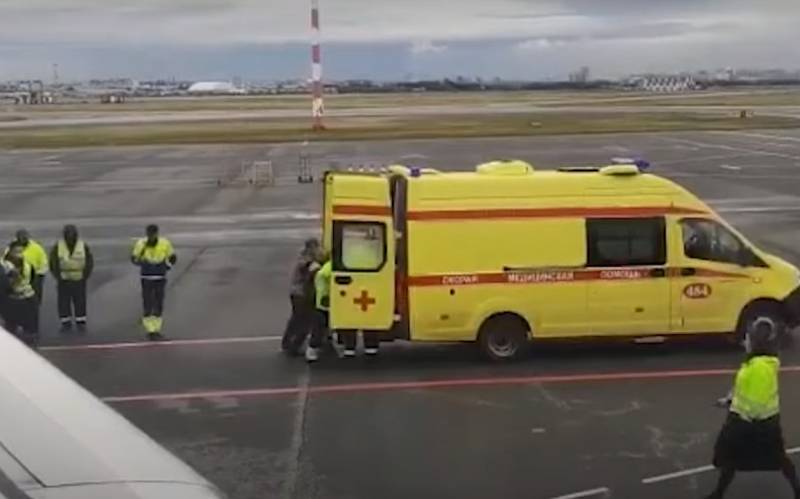 In this frame, an ambulance takes Navalny to the hospital.
The second is that the “poisoned Navalny” is better than the “healthy Navalny”, since it is possible to mold another “sacred victim” from him to expose the cruel “Putin regime”. After all, the society began to forget about Boris Nemtsov, who was shot under strange circumstances.

Against the background of the events in Belarus, the “Putin regime” began to look less and less “bloody” and more and more adequate in the eyes of many people, not only in Russia, but also in the West. In this regard, in order to preserve the created image of an evil dictator, someone urgently needed to organize another “bloody crime of the regime”.

Finally, the poisoning, especially so inept, may be the result of the actions of some persons interested in the redistribution of financial flows within the Russian extra-parliamentary opposition.

However, all three versions do not negate the fact that 44-year-old Alexei Navalny could simply become ill due to some health problems. Whether he is an oppositionist or not, but a living person, and like all living people, can suffer from cardiovascular diseases, be allergic to any food or substance, and can be poisoned by anything. And the coronavirus infection has not yet been defeated.

And this is especially interesting:

And half an hour before the retweet, it was announced that Navalny was in a coma ...

Ctrl Enter
Noticed oshЫbku Highlight text and press. Ctrl + Enter
We are
About Stalin and KhrushchevWhat you didn't want to know about England
Military Reviewin Yandex News
Military Reviewin Google News
234 comments
Information
Dear reader, to leave comments on the publication, you must to register.