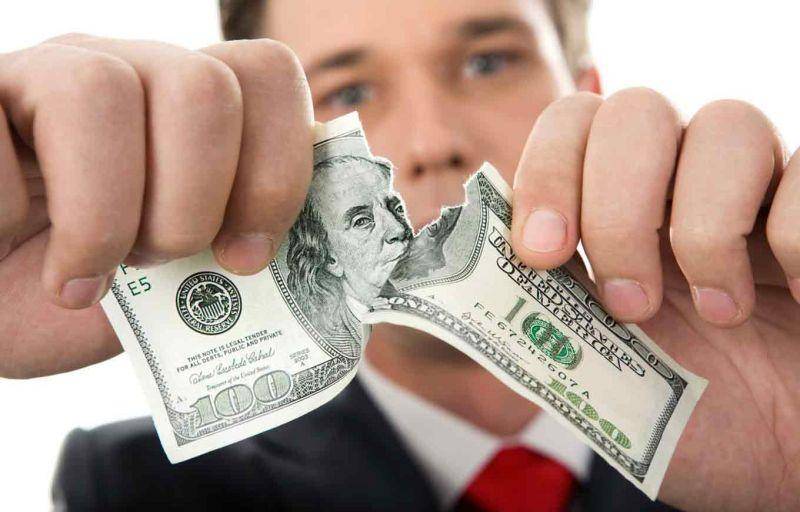 The forecasts for August regarding the ruble exchange rate were mostly calm. Without too much optimism, but also without serious fears. At this particular moment, they are generally justified: the oil backing helps the Russian ruble to take a hit. And the blow came from where, we admit, few expected it.

On the eve of the presidential elections, the authors were among those analysts who openly ignored the Belarusian factor in their forecasts. Considering it, if not negligible, then certainly short-term. Until the forecast is refuted, the second week of protests is ending, and the ruble is still there. It is possible that he will end August at about the same marks from which he began. 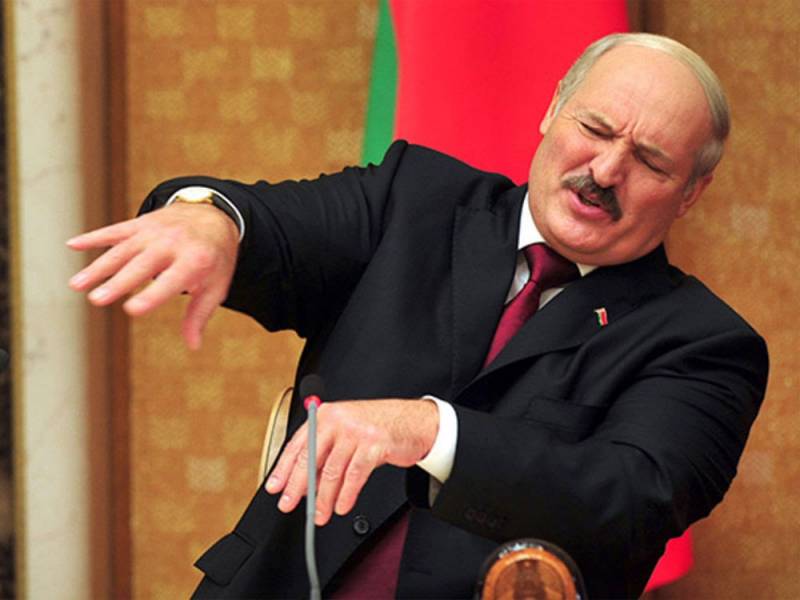 It seems that the time has not come to react to the big Belarusian economic downtime. Almost all political observers pay attention not only to the uncertainty of the Belarusian president, but also to the fact that the newly-minted oppositionists are also losing confidence. Economists prefer to remain silent on these occasions, realizing that the situation can very quickly turn in any direction.

Therefore, they are now very careful in their forecasts. It seems that very few people care about the exchange rate of the Belarusian ruble: they are ready to put an end to it in any scenario. However, since no one is in a hurry to drown the Russian ruble, there is no reason for such disregard for the Belarusian ruble.

Indeed, in the most critical case, there is generally an absolutely fantastic, it would seem, option of switching to a single currency. At last! The authors wrote so much about the advantages of a single currency, no matter what, the Russian ruble or the union monetary unit, whatever you call it, that they caused an extremely sharp, and mind you, negative reaction both in the Ministry of Finance and in the Central Bank.

Recall that the author of the most original and most promising project of a single currency for the EAEU, the so-called altyn, was by no means a Russian or Belarusian politician, but the ex-president of Kazakhstan, Nursultan Nazarbayev. The project was then not just hushed up, rather, they blabbed, not without the participation of Europe, the United States and even China, where they immediately felt a serious competitor in the altyn.

No matter how negatively this kind of financial “annexation” of Belarus was perceived in the world, it would become the strongest incentive for the full-scale implementation of the Union State project. But the annexation of Belarus in any form is not very profitable for Russia: the political risks are too great. And this is with an almost unequivocal readiness to unite the two peoples.

It is clear that we will immediately be reminded of everything, starting with Ossetia and Abkhazia and ending with Crimea and Donbass. All these decisions, as a rule, hurt the ruble very painfully and, as a result, the welfare of the majority of the Russian population. The oligarchs, with rare exceptions, only profited from them, although later they fell under sanctions, like, for example, Oleg Deripaska with his strategically important aluminum facilities for the country.

In addition, there are very big doubts that the Russian liberals in power will like such a project. And they will surely "chatter" or "mince" him long before the real implementation. To the quiet applause of colleagues from abroad.

Belarusian force majeure happened in August. This month has long been considered cursed in our country, almost since the time of the Emergency Committee, or even earlier. In terms of finance, it is customary, first of all, to recall the default of 1998 - with the collapse of banks, the veiled robbery of depositors and the fall in the ruble exchange rate, first by two, and then by three and four times.

Many are now panicking, believing that not today or tomorrow it is necessary to wait for something like a new default or at least devaluation, as after the “Crimean spring”. But if our financial system survives now, then this is already forever: after the coronavirus, there is also such a blow in the gut, very few people would be able to withstand this.

There is no panic only on the exchanges. And this indicator is very subtle and accurate. Someone will say that the Moscow Stock Exchange is not an indicator, everything on it will always be dictated by the Central Bank. We disagree, the Bank of Russia is valued for this in the West, calling its chairman and the best banker of almost the whole world, and even the savior of the Russian economy.

Let us not forget our own regular criticism of the main regulator of our monetary system and we will not give up on it. However, we recall that Russian finances have been integrated into the world market for many years, what is their main difference from some Morocco or the Middle East tyranny, where the dollar rate is set personally by the monarch every morning.

One-time dollar or euro-infusions under the "popular protest" cannot cancel this dependence in any way. In addition, such a resource is in any case not endless, protests will sooner or later come to naught, and then again you will have to live on what you earn. And also on what was thrown from Moscow.

With this, most likely, there will be big problems for some time, but if the flywheel of the Belarusian economy continues to work intermittently, then it will be very big. Overseas and European tranches can only aggravate the situation. Moreover, it is completely incomprehensible where, in addition to political fuss, they will generally be invested.

For many years Russia has been feeding and is feeding even now the Union economy of Belarus, which is strategically unthinkable to lose. Everything invested in an ally will go to pieces if there is a complete rupture of relations, and Moscow pretends that it is on the sidelines of the events taking place in Belarus.

But the open support of the official Minsk by Moscow is fraught with financial risks, primarily because of the need to take on at least part of the burden from Western sanctions. Almost inevitable now. What losses Russia is ready to make now is a very big question.

Let us express an idea that is absolutely seditious according to the present perceptions: the economy of Belarus only seems to be completely dependent on Russia. It is believed that oil refining, industry, as well as the agricultural sector, together with a developed food industry, are uniquely focused on a great ally. And supposedly the break with Russia is leading this economy to inevitable collapse.

Let us remind in this connection that, with a strong desire, raw materials can be delivered to the same refineries not only through the outdated pipes of the legendary "Druzhba". The inevitably rising prices are easy to bring down thanks to the low level of wages for employees of Belarusian enterprises and the revision of tax policy.

The latter, of course, is a blow to the budget, but it can be saved by drastically reducing the army of security officials. Where to attach them is a question that cannot be resolved right away, but still possible.

Everything else is a little more complicated, but if Russia stops buying Belarusian products at all, they will not stop buying others. And we, in fact, are not in a position to do this: after all, the Belarusians can easily pay off their colossal debts to Russia with their goods.

It is by no means just that last fall, Russian Finance Minister Anton Siluanov actually refused Belarus a loan of $ 600 million to refinance its debt. And it is no coincidence that he linked this tranche with the prospect of further integration of Russia and Belarus. 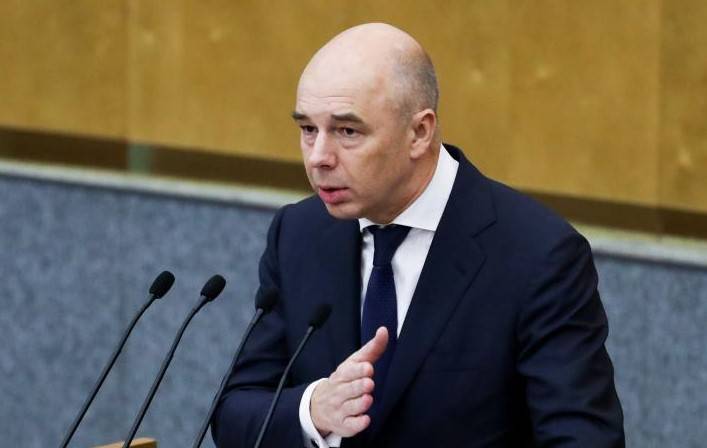 For the sake of completeness, in this section, it remains to give the latest data from Belarusian Currency and Stock Exchangewhere, against all odds, there is no hint of panic:

The dollar rate jumped by another 0,0140 BYN, to 2,4835 BYN / USD. This is the maximum level in four months. Since the beginning of the month, the dollar value has increased by 0,0460 BYN.
The euro exchange rate fell by 0,0085 BYN, to 2,9400 BYN / EUR, and left historical the maximum, which was previously updated three times in a row. Since the beginning of August, the euro has risen in price by 0,0410 BYN.
The Russian ruble exchange rate increased by 0,0058 BYN, to 3,3771 BYN / 100 RUB, to the maximum value in 36 days. Since the beginning of the month, the Russian ruble has strengthened by BYN 0,0615.
Forecast of the Belarusian ruble exchange rate: the pressure remains, but there will be no significant devaluation.
At the same time, according to the independent resource www.udf.by, in the exchange offices of Belarus, the cost of selling the dollar has confidently exceeded 2,5 rubles, and the cost of selling the euro has exceeded 3,0 rubles not in all banks.

We now have a different ruble

It is clear that in the event of a break with Russia, Belarusian exports will drop significantly, but inside the country no one will remain hungry. We in Russia also understand that this will make the Belarusian economy bad, even very bad, but it is useless to intimidate people with this, which has already been proven by the experience of the Ukrainian “Maidan”.

But for the Russian ruble (even after the ruinous quarantine), the situation is very different from 1998, 2008, and even 2014. No matter how much we criticize our own financial authorities for the tough course of nationwide impoverishment and poor stimulation of the real economy, many countries can envy our financial situation.

Russia has nearly $ 600 billion in reserves, and its sovereign debt to GDP ratio is one of the best in the world. It is bad, of course, that this GDP is growing almost slower than that of the whole world, but this is a completely different topic. It seems that oil has completely refused to fall in price, and at the moment this is the most important plus in relation to our and, of course, the Belarusian ruble. 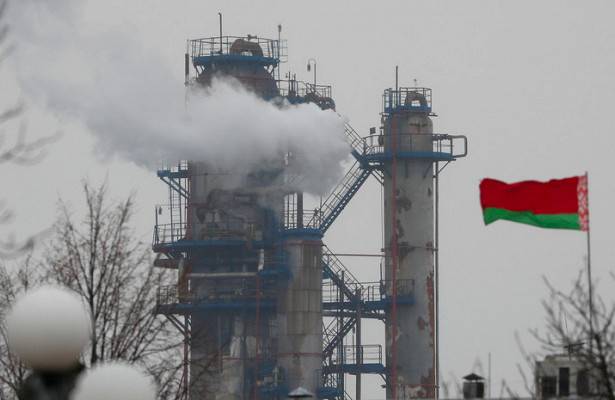 Even Western analysts, traditionally critical of Russia, admit that a default is now simply impossible in our country, as is the decline in the ruble exchange rate at times. A default in Belarus cannot be ruled out, but this is only if the force majeure drags on for a long time and already affects the whole country, right up to the same refineries: Mozyr and Novopolotsk "Naftan".

But it could well be prevented by Russia, which, unlike the West, if it does help its partner in the Union, it will be direct and open. And our ruble, in case of urgent need, is able to support, by the way, not only the Bank of Russia, but also leading banks with a large share of the state in their capital, and exporting companies, and not only state ones, but also private ones.

Ctrl Enter
Noticed oshЫbku Highlight text and press. Ctrl + Enter
We are
Situational analysis of the death of the MH17 flight (Malaysian Boeing 777), made on the basis of engineering analysis from 15.08.2014Syria: Americans scare themselves, and Asma Asad buys chairs
Military Reviewin Yandex News
Military Reviewin Google News
52 comments
Information
Dear reader, to leave comments on the publication, you must to register.