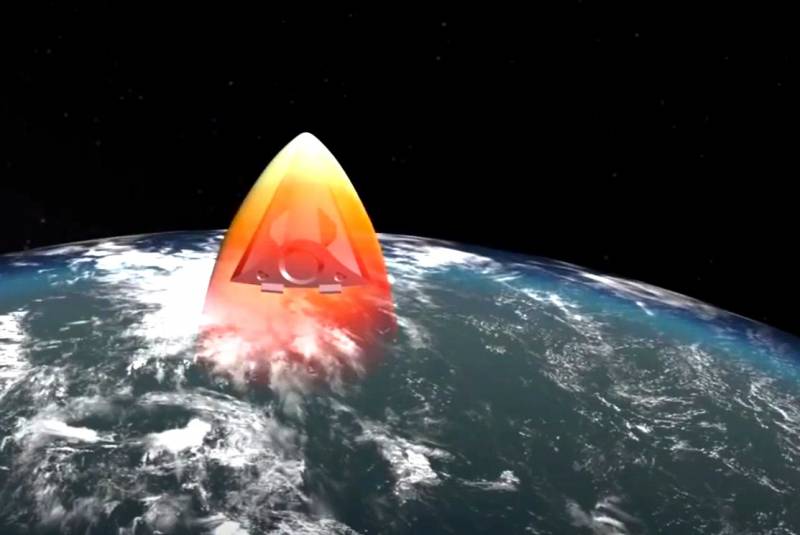 The United States is seriously concerned about the creation of a hypersonic missile that could carry a nuclear warhead and would have a flight range equivalent to that of a traditional intercontinental ballistic missile.

On August 12, 2020, the US Air Force Nuclear Weapons Center included information posted on the Internet in its request. The request spoke about 7 possible ways to modernize an intercontinental ballistic missile. First of all, it was about ground strategic deterrence, since Minuteman III was not designed with this task in mind.

Among the areas of interest to the US military is the thermal protection system. According to Lieutenant General Richard Clarke, US Air Force Deputy Chief of Staff for Strategic Deterrence and Nuclear Integration, the ability to use new technologies will help counter any threats that the United States may face in the future. The appearance of a request in the public domain, as the general emphasized, indicates that the country has a real opportunity to introduce these technologies.

Answering a question from Aviation Week editor Steve Trimble, Lieutenant General Clarke noted that a hypersonic nuclear-armed missile does not meet the requirements of the existing program, but this only suggests that the paragraphs of this official document may be corrected.

Why is the US interested in hypersonic nuclear weapons

Arms Control Association's director of disarmament policy, Kingston Rafe, found in a review prepared by President Donald Trump's administration, passages that may indicate the country's leadership interest in the development of hypersonic nuclear weapons. Here is one of these passages:

The interest of the American side in hypersonic weapons is not surprising. Now the United States, like Russia, and China, and a number of other countries, are concerned with the development of the maximum flight speed of the missile and its capabilities to penetrate the enemy's anti-missile defenses.

The use of hypersonic weapons significantly complicates the enemy's ability to build high-quality protection or move their objects before the missile hits the final target.

Columnist Joseph Trevithick emphasizes that American interest in hypersonic nuclear weapons could be provoked by the development of similar weapons from potential opponents of the United States. As an example, Trevithick cites Russia, which has already adopted a number of Avangard missiles. China, according to the analyst, is also working on similar weapons. The hypersonic nuclear missile being developed in the United States is viewed precisely as a possible "response" to Avangard.

Ctrl Enter
Noticed oshЫbku Highlight text and press. Ctrl + Enter
We are
Reports from the militia of New Russia for 27-28 September 2014 of the yearYuri Drozdov: Russia prepared the role of the sacrificial calf
53 comments
Information
Dear reader, to leave comments on the publication, you must to register.