Destroy an army through family destruction 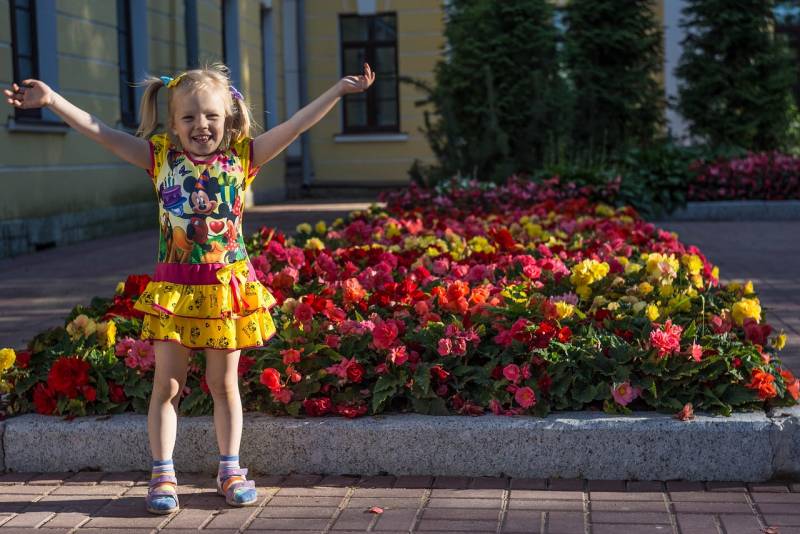 The information space of Russia is almost completely occupied by events in fraternal Belarus. Really important events historical for Belarusians and for us too. A lot depends on the decision of the people of the Belarusian people in geopolitical terms, in terms of defense, in terms of the future fate of the union state and the peoples of Russia and Belarus.


One gets the impression that all other events have frozen. The activity of fighters for ridding Russians "of the remnants of barbarism", for "sexual and social enlightenment" of Russians came to naught. But quite recently, during the discussion of amendments to the Russian constitution, spears broke in the arguments of activists quite often and loudly.

At that time, a lot of information surfaced in the press about our "sexual teachers" from the rainbow community, about fighters for our children who are "killed" and "bullied" in their families, about defenders of Russian women ... For many readers it was at this time that it became clear what are the public associations of such "fighters" and whose money is this work carried out.

Russia is strong with its patriarchal family

If we do not consider the question of the existence of alternative views on sexual and family relations from the point of view of the destruction of the traditional family, then there seems to be no particular danger from all these figures. Yes, in Russia there is traditionally a negative attitude towards people with an alternative attitude towards sex and family, but there is no particular persecution against them. Everyone understands perfectly well that such people were, are and will be. Deviation from the norm is also the norm.

Today I decided to change the angle a little. How does a family, in our understanding, naturally contribute to strengthening the country's defense capability? How does the presence of a large number of relatives in a person contribute to patriotic education, contributes to the emergence of readiness to fulfill the duties of military service in a war?

The answer to this difficult question was given by the Immortal Regiment. Millions of people honor the memory of their heroic ancestors. Not by order from above, not by some "programs of patriotic education", but at the call of the heart. Agree, it is difficult to imagine a grandson, great-grandson or other relative of a hero who at least once passed with a portrait of his grandfather as part of the "Immortal Regiment", and then poorly fulfilled his duties as a soldier.

Our "Western partners" understand this very well. Moreover, in Western countries the destruction of the family is already underway. And it's been going on for a long time. We can see the results of this process with our own eyes today. The fighting efficiency of the Western armies is falling catastrophically. Remember the reaction of Western people to the exploits of our guys in Syria? How much admiration, good envy were in the comments. How bitter it is that their soldiers are unlikely to be able to do the same.

From this it becomes clear why the West supports all these public organizations, movements and conducts numerous seminars to train activists for work in Russia. Sometimes a stray question arises in my head: how many billions any Caucasian republic, for example, Chechnya, would receive if it agreed to take under its protection LGBT activists. May the people of the Caucasus forgive me for such a thought ...

The main friends of Russian nontraditionalists

Traditionally, the British have been at the forefront of the struggle for the rights of all "non-traditional" people. It is Britain that is today ahead of everyone else in matters of the LGBT movement, Alternative Family Relations, and the fight against domestic violence (RVV). It is in Britain that today there is a "paradise" for gays and lesbians. This is where "married couples" come to conclude same-sex marriages. It is there that you can start a family even with your own reflection in the mirror.

In Russia, British diplomats also do not hide their sexual orientation and their attitude towards the "Russian patriarchal family." They strive to spread their own vision of sexual relations and family in Russia as well. Remember the recent demarche of the British Embassy in Moscow, when the LGBT flag appeared over the embassy next to the British flag on June 27? And a statement on the embassy website on behalf of the countries participating in the Five Eyes (the intelligence community that includes the US, UK, Canada, Australia and New Zealand)?

We recognize the inherent dignity inherent in every human person, enshrined in the Universal Declaration of Human Rights, and call on the government of the Russian Federation to fulfill its obligations to protect the rights of all citizens, including representatives of the LGBTI community.
After the adoption of the amendments to the Constitution of the Russian Federation, the life of the LGBT community has become much more complicated. It has become difficult to openly propagandize one's views. Russia has cut off a huge layer of "youth work" with amendments to the constitution. Therefore, LGBT people today have slightly changed the goal of the struggle. They actively supported those who advocate the adoption of a law on domestic violence in Russia.

In the spring of this year, a draft RLS law was submitted to the British Parliament. The project was thoroughly studied by the journalists of the Zavtra.ru publication. What is interesting for us there? More precisely, how is domestic violence understood in the UK? Quote from Zavtra.ru:

It differs in that it is now the responsibility of local authorities to protect victims and provide them with housing and other forms of support. In addition, cross-examination of victims by the abuser will now be prohibited in family court proceedings.
If you think that violence means physical or psychological pressure, then you are deeply mired in patriarchal views. Prohibition of communication between the victim and the rapist from the same place. Your thinking is stuck in the 19th and 20th century. Everything is much more complicated, according to the supporters of the new law.

What do you think about "economic violence"? And what about "technical violence"? To be clear, the term “economic violence” should be understood as limiting access to the “basic economic resources of the victim,” such as money, food, transportation, clothing, amenities, work and housing.

And underneath "technical violence" is "new ways in which rapists control their victims." Simply put, all personal electronic devices, gadgets, etc. that can be used to control the "victim".

If such a law is adopted, then the main "rapist" will be ... the state! The state will protect “victims” to a greater extent from itself. Security cameras alone, located almost everywhere. I'm not even talking about car tow trucks, unemployment and other non-working elevators.

Ultimately, if you follow the logic of this law, respectable, law-abiding citizens should start a fight against this very state!

Who in Russia wants to adopt a law on RLS

It should not be assumed that the issue of adopting a law on RLS in Russia was raised only after the adoption of amendments to the constitution. The process of instilling Western values ​​in Russians has been going on for a long time. Let me remind you that last year there was already an open letter from LGBT and feminists demanding the adoption of the law.

A lot of materials have appeared in the press about victims of domestic violence who are being rescued by various centers, foundations and other public organizations. Crying women, often with small children in their arms, cried out for justice. However, instead of answering a simple question about why they simply did not divorce their sadistic husband, some kind of childish babble began about apartments, the impossibility of supporting a child, and the like.

The signatories of the letter demanded that the government urgently legitimize "European values"! Urgently introduce the concept of RLS into the criminal code! Urgently develop and implement a “program of assistance to victims of violence”. Many beautiful words ... about nothing. The laws existing in Russian legislation are quite enough to resolve any situation with domestic violence.

An interesting list of those who signed this letter. A simple look at this list is enough to understand who (more precisely, what forces in Russia) is interested in the adoption of this law. Many organizations from the list have already noted numerous fakes about Russian reality. Again, a quote from the Russian edition:

Among the supporters of this innovation were the Russian LGBT Network, the Resource Center for LGBT, the AIDS Foundation. Center ", the Sphere Foundation, the Agora international human rights group, the Memorial center, the Committee Against Torture, the SOVA IAC, the Sitting Russia project, Liberal Feminism in Ufa, the Feminists Explains initiative group (St. Petersburg .), Human Rights LGBT Film Festival "Side by Side", "Federation of LGBT Sports of Russia", the project "Violence.net" and others.

A little about “nutrition

The ins and outs of the actions of any public organization is quite easy to see. It is enough to compare words and deeds to understand the essence of unification. It is more difficult to understand what drives the activists of all stripes. Today there are so many of them that my head is spinning.

The reasons for this activity of citizens are clear. Firstly, humanity is going deeper and deeper into virtual life. It is worth opening any social network and you will see the lives of hundreds of thousands of people. Life for show, life “behind the glass” is the norm for many today. There are no moral and ethical restrictions. There has even appeared a category of "stars" who live off their panties "accidentally" taken in front of the camera.

Secondly, all these activists and "stars" are practically not subject to jurisdiction. Like, this is not pornography, this is erotica. This is not slander, this is my personal opinion. This is not the distribution of extremist materials, but information about the incident ...

But in the case of the activists of the movements that I mentioned above, everything is more complicated. Their number of supporters is small. Making money from advertising is difficult. And I want to eat every day. Therefore, many organizations are supported by Western, most often British or American foundations and public organizations. In addition, there are also government scholarships and grants for activists.

These grants are not advertised, but they are not hidden either. Funding for the majority of associations associated with the LGBT community, feminists and supporters of the adoption of the law on RLS comes directly from abroad. There are enough materials in the Russian and foreign press about this.

Why do they need it

At the beginning of the article, I mentioned the task of destroying the traditional family as the basis of the military power of the Russian state. For many "partners" Russia is a long-standing and ineradicable lump in the throat. In many ways, our traditions, our way of life, our morality hinder the implementation of global plans to destabilize the situation in our country. We just need to "reformat", to change our consciousness ...

Therefore, I will end with a statement by Masha Gessen, a prominent LGBT activist, former director of the Russian service of Radio Liberty, which she made on the air of ABC Radio National (Australia):

Ctrl Enter
Noticed oshЫbku Highlight text and press. Ctrl + Enter
We are
Situational analysis of the death of the MH17 flight (Malaysian Boeing 777), made on the basis of engineering analysis from 15.08.2014Results of the week. "God forbid to see Russian revolt, senseless and merciless!"
Military Reviewin Yandex News
Military Reviewin Google News
123 comments
Information
Dear reader, to leave comments on the publication, you must to register.