Ukraine starts a new round of fight against Russian fuel 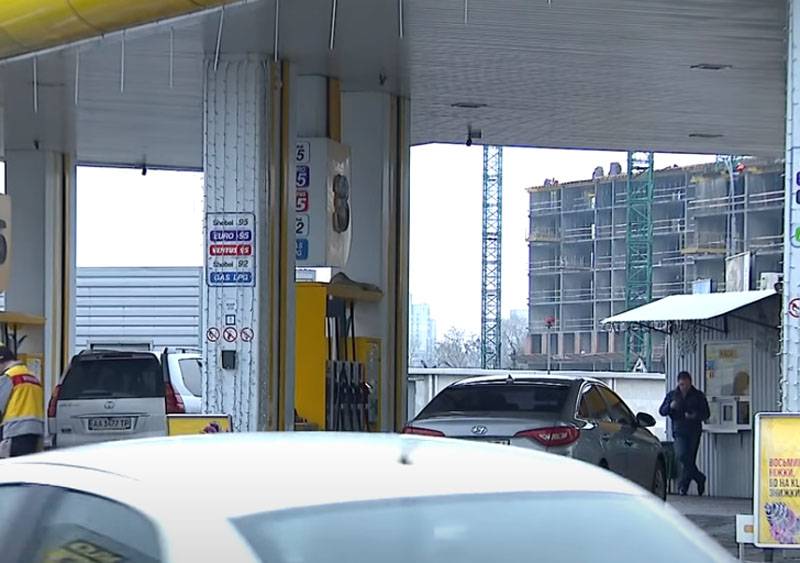 The Cabinet of Ministers of Ukraine, at a closed meeting on August 18, adopted Resolution No. 719, which introduces special duties on the import of Russian diesel fuel, liquefied gas and coal into the country. It is extremely difficult to justify such a decision from the standpoint of economic feasibility - especially, taking into account the already begun harvesting campaign. However, this is Ukraine. This decision is a "explosive mixture" of Russophobia and the vested interests of the ruling oligarchic clans.


Let me remind you that the first similar decision (Resolution No. 624), by which the Ukrainian Cabinet of Ministers introduced from August 1 of this year a special duty on diesel fuel from Russia, in the amount of 3,75% of the customs value, and from October 1, 2019 - 4%, was approved a year ago , July 17, 2019. In turn, the duty on the supply of Russian liquefied gas from 1 August was 1,75%, from 1 October - 3%. Naturally, such a clearly discriminatory measure did not cause delight among local traders working with our country. Ukrainian companies "Anvitrade Plus", "Beloil Komoditi" and "Martin Trade" went to court, demanding to recognize the regulatory documents from government officials as illegal, anti-competitive, and even adopted in violation of the procedure.

Surprisingly, but the District Administrative Court of Kiev (OASK), not being afraid of accusations of “conniving the aggressor country,” decided the case according to the Law and declared the government decision illegal. The appeal of the Ukrainian Cabinet of Ministers to this decision, submitted to the Kiev Sixth Administrative Court of Appeal, was rejected by it on August 4 this year. The officials lost the lawsuit outright, without the slightest chance of success. And, as is usually done in such cases in the "nezalezhnoy", they simply decided to go the other way - to adopt new discriminatory duties.

From now on, a duty of 4% applies to diesel fuel supplied from the Russian Federation via pipelines. The duty of 3% was introduced for liquefied gas, and for almost all types of coal, its rate is even higher - 65%. The most remarkable thing is the rationale for such measures. In accordance with the document, they are introduced "with the aim of protecting essential security interests in emergency situations in international relations." It also states that this resolution "becomes invalid on December 31, 2020 or after the Russian Federation repeals discriminatory or unfriendly actions against Ukraine."

Before us is a classic example of how Kiev is strainingly trying to “fasten” the political component to a purely economic “showdown”. In fact, by stonewalling Russian fuel, the Ukrainian authorities are making that notorious “shot in the leg”. True, not for myself, but for my fellow citizens, who will have to pay for this decision, and twice. For the first time - at gas stations, the price tags of which will skyrocket. Now (at the time of this writing) the average cost of diesel fuel at Ukrainian gas stations is 23-24 hryvnia (63-65 rubles) per liter. Automobile gas - an average of 12 hryvnia (32-33 rubles) per liter. It would seem that a few percent is not so much, but this automatically increases the cost of all goods and services without exception, since it inevitably includes transportation costs.

In fact, the underpinnings of all that is happening are not even such Russophobic manifestations in Kiev's trade policy, but the initiative of a very specific oligarch - close to the current government, Igor Kolomoisky and his business partners. The true initiators of the protective duties on fuel from Russia are in fact the companies Ukrtatnafta, Ukrnafta and Ukrgasvydobuvannya, which belong to them. Their representatives at the beginning of this year filed a formal complaint with the Ukrainian Interdepartmental Commission on International Trade, which contained demands to “take the nail down” on Russian energy suppliers. The main thing in this slander was more than a concrete proposal: to introduce duties on Russian diesel fuel and autogas in the amount of not the current 3-4%, but immediately 8,46%! Moreover, according to the plans of Kolomoisky's people, this figure should have grown by 4,24% annually in order to reach 2024% by 25,4! As you can see, the appetites are simply enormous.

Tellingly, the efforts of Kolomoisky and his associates to become absolute monopolists on the non-sales fuel market have been going on for quite a long time. For the first time, the structures controlled by them tried to completely and completely seize the Ukrainian market, "squeezing" all importers out of it even under Viktor Yanukovych. In the spring of 2011, four oil refineries of Kolomoisky demanded to start some kind of "investigation" directed against the import of "foreign" oil products to Ukraine, as such. The claims were then denied. The government was well aware of what kind of cosmic takeoff of final prices would result from such a “clean-up” of the market for one business group. After the Maidan, in 2018, the same Ukrtatnafta returned to this “brilliant” idea, trying to use the connections in the Ukrainian Ministry of Economic Development and Trade. The object of the attack was fuel supplies from Russia and Belarus. It didn't work again ...

Only now, having seated his protege in the presidential chair, and representatives of the Servant of the People, obedient to Zelensky and his masters, in parliament, Kolomoisky, judging by the latest events, has every chance of implementing his own “Napoleonic plans”. Well, all that remains is to sympathize with the Ukrainian drivers, and all the rest of the local residents - in the conditions of the complete monopoly of this oligarch, famous for his absolutely unlimited greed, they will have to forget about cheap fuel very quickly. However, not only about him ...

Ctrl Enter
Noticed oshЫbku Highlight text and press. Ctrl + Enter
We are
On enhanced security measures at the World Cup 2018 in RussiaReport on the results of the survey-2013 "Evaluation of state political figures"
Military Reviewin Yandex News
Military Reviewin Google News
56 comments
Information
Dear reader, to leave comments on the publication, you must to register.