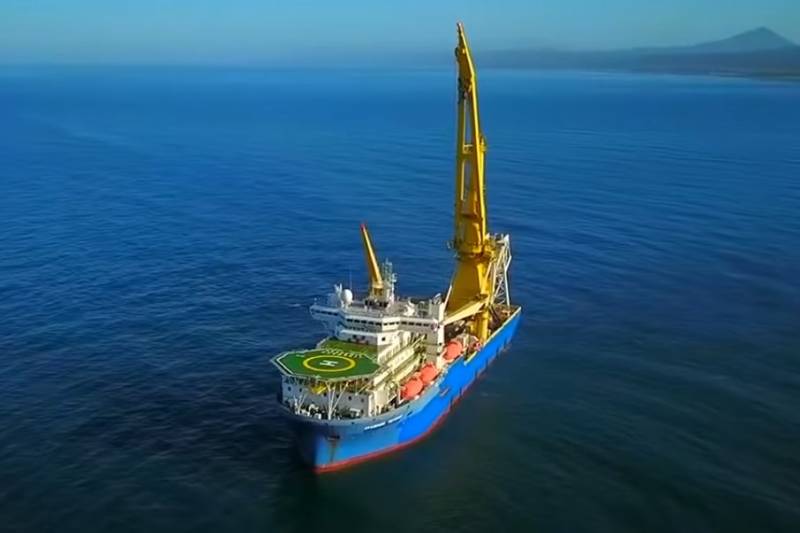 The Russian Federation has connected its warships to guard the ships participating in the Nord Stream 2 project. Previously, the Russian Navy accompanied the Akademik Chersky pipelayer and auxiliary vessels during the transition to the Baltic Sea.


The reason for the adoption of these measures was explained by the Deputy Secretary of the Security Council of the Russian Federation Mikhail Popov during an interview with the news agency Interfax.

He said such precautions are necessary due to the risk of provocations from some countries:

Ships of the Naval fleet ensured the safe passage of the pipe-laying vessel “Akademik Chersky” and supply vessels “Ostap Sheremeta” and “Ivan Osipenko” from Vladivostok to Kaliningrad.
The construction of the pipeline had to be suspended due to the sanctions imposed by the United States in December last year. Due to the threat of falling under them, the pipe-laying vessels of the Swiss company Allseas curtailed work. Then the Gazprom company decided to complete the pipe-laying on its own. In January, President Vladimir Putin announced the decision of the Russian Federation to complete the project. He said that the gas pipeline will be launched without fail, but several months later than planned. As far as is known, the pipe-laying work at the final section has not yet begun.
Ctrl Enter
Noticed oshЫbku Highlight text and press. Ctrl + Enter
We are
Confirmed data on the arrival of the Akademik Chersky pipe-laying vessel in KaliningradRussian warships accompany the pipelayer "Academician Chersky"
Military Reviewin Yandex News
Military Reviewin Google News
63 comments
Information
Dear reader, to leave comments on the publication, you must sign in.