In the West, China announced the transfer of J-20 fighters closer to the borders of India 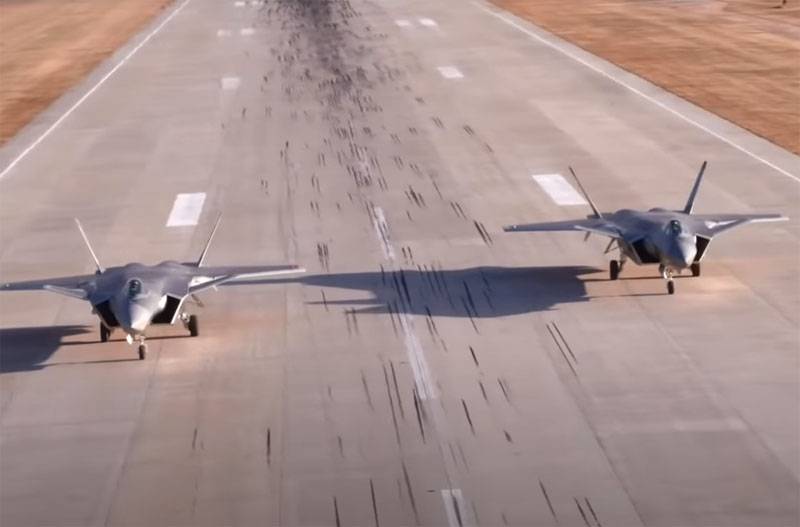 In the foreign press, there were statements that the latest Chinese J-20 fighters appeared near the Sino-Indian border.


These publications caused understandable excitement due to the fact that some time ago there was a clash between the military personnel of the two countries on the border between India and China. And both countries, "flexing their muscles" for some time, decided to withdraw the main forces and means away from the border so as not to aggravate the situation. Against this background, India decided (this was recently reported by VO in one of its materials) not to transfer the received French-made Rafale fighters to the Ladakh region.

For obvious reasons, the information that China has moved J-20 closer to the Indian border in India caused a wide response.
Information that the PLA Air Force's new generation fighters were deployed to the Hotan airfield in the Xinjiang Uygur Autonomous Region of China - about 300 km from the border with India, appeared, in particular, in the western magazine Forbes. The publication referred to data from satellites.

The Chinese media responded to this kind of publication. It was noted that the airfield is located about 350 km from the border, and the appearance of the latest aircraft there does not pose any threat to India.

In the Global Times, citing military expert Fu Qianshao, who specializes in combat aviation, an article was published, which speaks of "the formidable power of the J-20 and their ability to cover many areas of Central and South Asia from the Hotan airfield." At the same time, the Chinese expert says the following:

With all this, the capabilities of the J-20 fighters cannot be overestimated.
According to the expert, China is a large country, and airplanes are placed in different regions.

Fu Qianshao says that the tension on the border with India is subsiding, and therefore the appearance of publications in foreign media that aggravate the situation has its own motives.

Against this background, Chinese Foreign Ministry spokesman Zhao Lijian noted that China "is ready to cooperate with India to strengthen mutual trust."
Ctrl Enter
Noticed oshЫbku Highlight text and press. Ctrl + Enter
We are
Reports from the militia of New Russia for 27-28 September 2014 of the yearInterview of Vladimir Putin with Radio Europe-1 and TF1
Military Reviewin Yandex News
Military Reviewin Google News
10 comments
Information
Dear reader, to leave comments on the publication, you must to register.