In the Ministry of Internal Affairs of Belarus: They expect from us a pretentious parting with certificates and joining the protesters 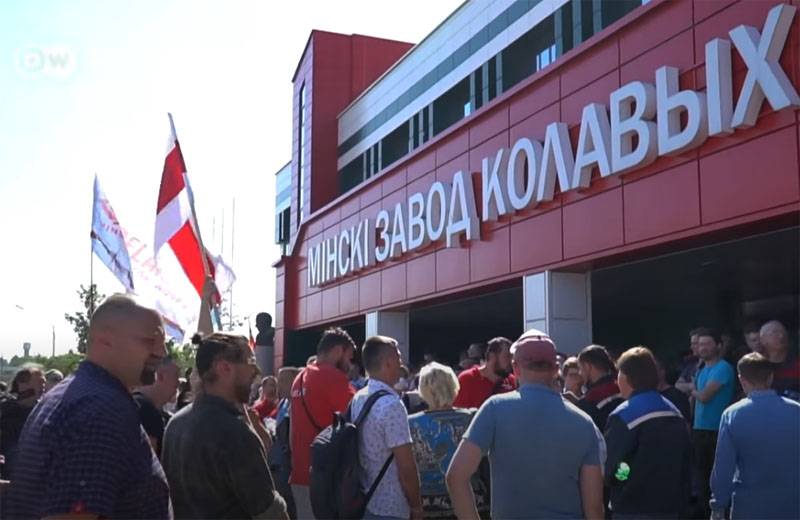 The Belarusian opposition decided to take a break in the protests. Telegram-channel NEXTA, which is actually engaged in information coordination of the actions of the protesters, announced that the pause is needed for "the rest of the activists and the solution of organizational issues."


An article appeared on the channel, in which it was spoken about the raining down of questions about a possible decline in protest activity.

Today, many asked the question: "Is the protest fizzling out?" If the answer is "yes", then only in the physical sense of the word.
Further, the author writes that for all the days of participation in the protests, people were simply physically tired and that they needed to "just rest", since the protests "took place virtually around the clock."

It is stated that the break in the actions cannot be long, as the supporters of Alexander Lukashenko can take advantage of it.

Against this background, the press service of the Ministry of Internal Affairs of Belarus issued a statement about the actual exertion of pressure by the opposition forces. It is noted that the police officers of the Republic of Belarus share responsibility for what happened recently, but they are not going to come out with any collective condemnation of both their colleagues and the authorities.

They expect from us a pretentious parting with certificates, joining the columns of protesters, public condemnation of colleagues and the authorities in general. It will not happen!
It was noted that the majority of employees perform their duty professionally, and it would be strange to ask forgiveness and repent for fulfilling their constitutional duty.

Ctrl Enter
Noticed oshЫbku Highlight text and press. Ctrl + Enter
We are
Reports from the militia of New Russia for 27-28 September 2014 of the yearDecember 2010 years. Russian March. Senseless and merciless? Notes not a Russian person
Military Reviewin Yandex News
Military Reviewin Google News
283 comments
Information
Dear reader, to leave comments on the publication, you must to register.