When will Georgia join NATO 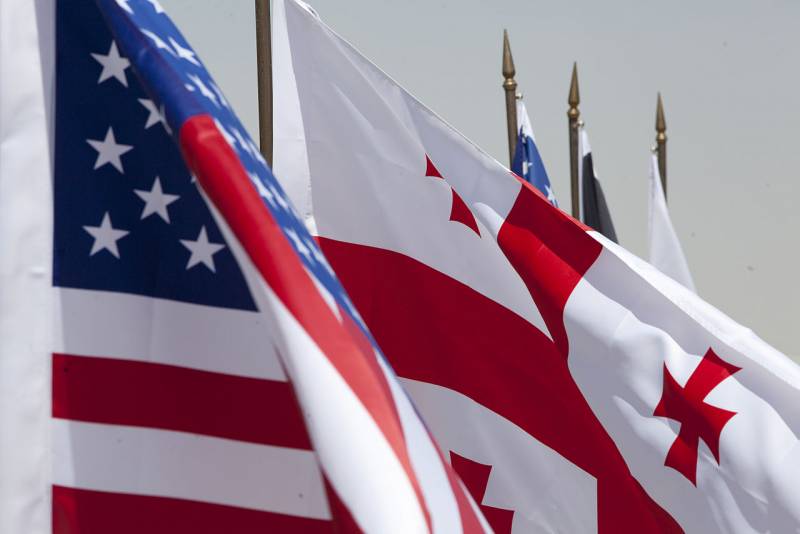 For many years Georgia has been striving to join NATO, but this has not yet been done. There are various military-political, military-technical and other factors that prevent this country from obtaining membership in the organization. Nevertheless, NATO and Georgia have already concluded a number of agreements stipulating cooperation in various spheres. Various activities are being carried out, the construction of the necessary facilities is underway.

Georgia began cooperating with NATO in 1994, when it became one of the first participants in the Partnership for Peace program. Various activities were carried out over the next few years, but cooperation was generally limited. Only in 2001, within the framework of the PfP, joint exercises began. The next year, 2002, the Georgian leadership officially announced its desire to join the Alliance.

In 2004, the Individual Partnership Action Plan with NATO was adopted, which stipulated measures for the country's entry into the organization. In 2006-2008. a number of bilateral preparation events took place, but then problems arose in a number of areas. In August 2008, another one was added to them - Abkhazia and South Ossetia again showed their de facto independence. Without resolving all issues of territorial integrity, Georgia cannot join NATO. 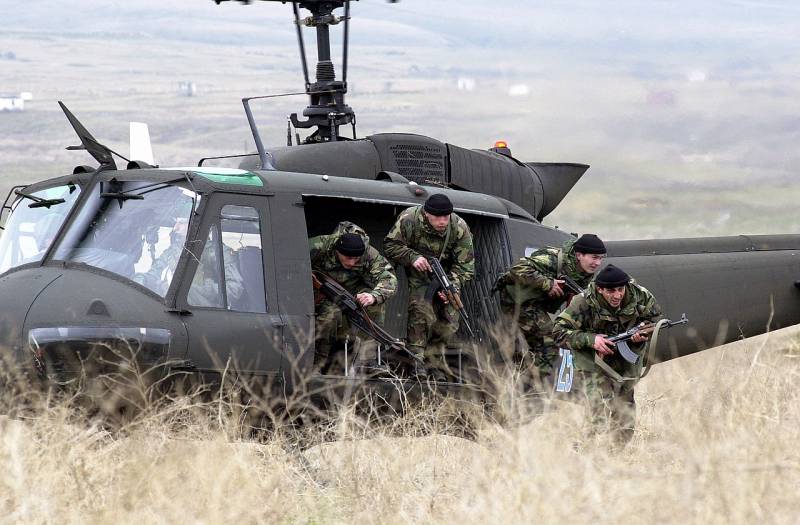 Georgian fighters and NATO equipment during exercises in 2003
However, cooperation between the state and the Alliance continued. In the fall of 2008, the NATO-Georgia Commission began its work, whose task was to restore and reform the Georgian military potential. Soon Georgia resumed participation in international educational and other events. Such processes continue to this day, and both sides benefit from cooperation as much as possible. However, Georgia's membership in the Alliance is still viewed as an uncertain future.

Such difficulties do not prevent Georgia and NATO from cooperating and carrying out rather active actions for more than 15 years. The Georgian army is regularly involved in international exercises and real operations. In addition, the Georgian military infrastructure - both existing and newly built facilities - is actively used in the interests of NATO.

In August 2003, the Georgian army joined the NATO operation in Iraq. A year later, the military went to Afghanistan to serve with the ISAF contingent. In this operation, Georgia was initially represented by only one reinforced platoon of 50 soldiers and officers. Subsequently, the division increased, and by mid-2013 its number exceeded 1500 people. At the end of 2014, reductions began, and so far there are only 870 Georgian troops working in Afghanistan. Service in Iraq and Afghanistan was organized on a rotational basis, and over 15 years at least 13-15 thousand people have been on business trips. 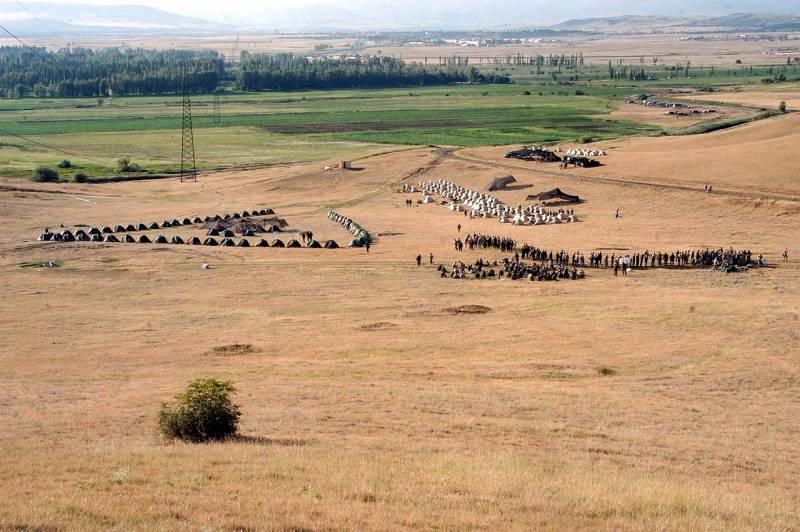 Field camp of the Georgian army and the USMC at the Immediate Response 2008 exercise
In 2012, the first exercises of the Agile Spirit series were held at Georgian training grounds with the participation of representatives of several NATO countries. These maneuvers are now held annually and showcase the success of the Georgian army in modernization according to NATO standards. In addition, the interaction of the Alliance countries and the state that is only striving to join is being worked out.

In 2015, the first Noble Partner command post exercise took place with the same objectives. Later, these events became annual. A year later, another series of NATO-Georgia exercises was launched. The plans of the exercises gradually changed, and by now we are talking about fairly large, massive and prolonged maneuvers. The events involve the troops of 10-15 countries of the Alliance, they last for several weeks and take place at a number of land and sea ranges. In addition, Georgian units regularly participate in exercises in the territories of other countries.

Thus, in the last decade, active educational cooperation was established. Relatively large exercises are conducted at intervals of several months; there are also regular smaller events with the participation of foreign specialists or small divisions.

NATO cooperation, among other things, provides for the joint use of Georgia's civil and military infrastructure. For example, back in 2005, an agreement appeared on the transit of goods from NATO countries to ISAF bases. Through Georgian ports and airfields, people and materiel were transported to Afghanistan. 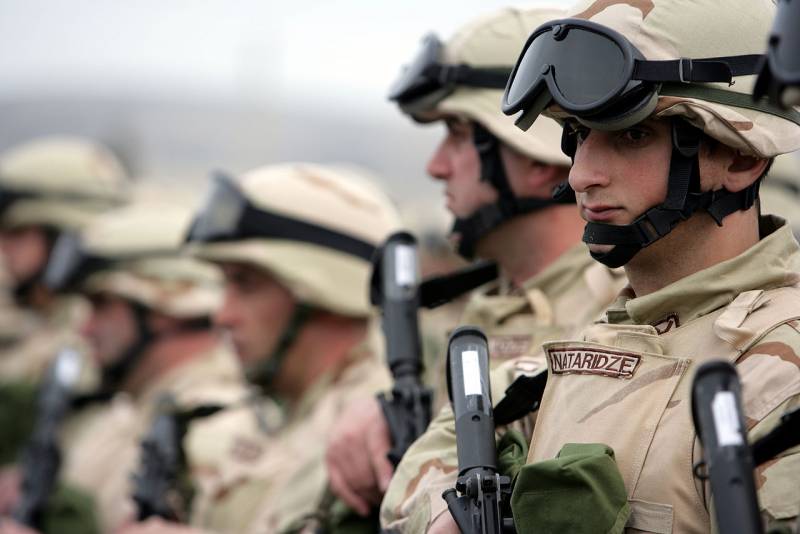 Georgian servicemen from the ISAF contingent
Cargoes are delivered by sea to the ports of Batumi and Poti. In addition, these cities are regularly visited by ships from different NATO countries on duty in the Black Sea. The main site for the military transport aviation is the international airport of Tbilisi, which has all the necessary infrastructure. In the foreseeable future, it will be supplemented by the Vaziani airfield - now it is being reconstructed with NATO assistance. Railways and highways play a significant role in NATO and Georgian logistics.

Several new facilities for various purposes have been created on the territory of Georgia with the active participation of NATO. These are mainly training centers designed for use by the Georgian army and the armed forces of other countries. The first such facility was the Mountain Training Center (Sachkhere), built at the end of the 2011s. Since XNUMX, it has the status of a PfP training center.

In 2011, the Public Health Research Center named after M. R. Lugar, conducting research in the field of biology. Subsequently, branches of this organization were opened throughout the country. Both local and foreign specialists work in the Center and its branches. 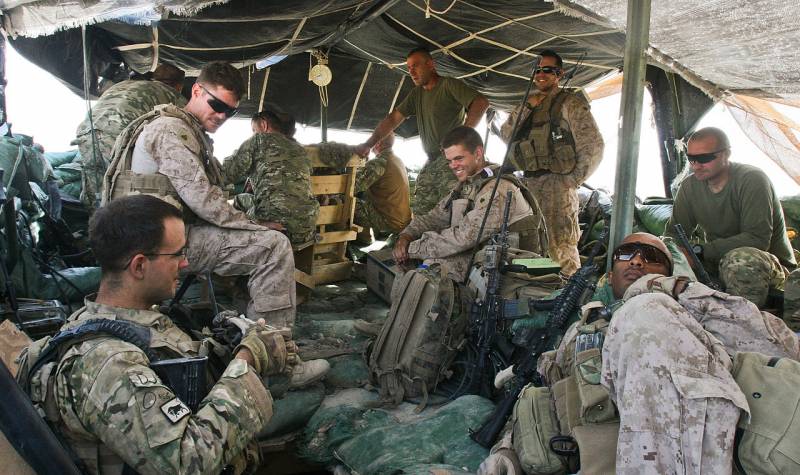 Georgian and American fighters in Afghanistan
In 1997, on the basis of its own shooting range, the Krtsanisi training center was formed. Since the beginning of the 2015s, various joint programs with NATO have been implemented on its basis. In XNUMX, the facility received the status of a joint training center. Now it has modern training equipment for training to work with weapons and equipment of NATO standards. Foreign instructors work at the center.

In the city of Vaziani, there is a Combat Training Center, built at the expense of NATO. Since 2018, he has been providing NATO-standard training for several infantry battalions. In the near future, the status of the Center may change - it is proposed to include it in one of the major international programs of the Alliance.

Benefits outside the block

Despite all efforts and various measures, Georgia has not yet been able to join NATO. When this will happen is unknown. Moreover, the very possibility of joining the Alliance raises questions. However, all these circumstances do not prevent cooperation and obtaining a number of important benefits. 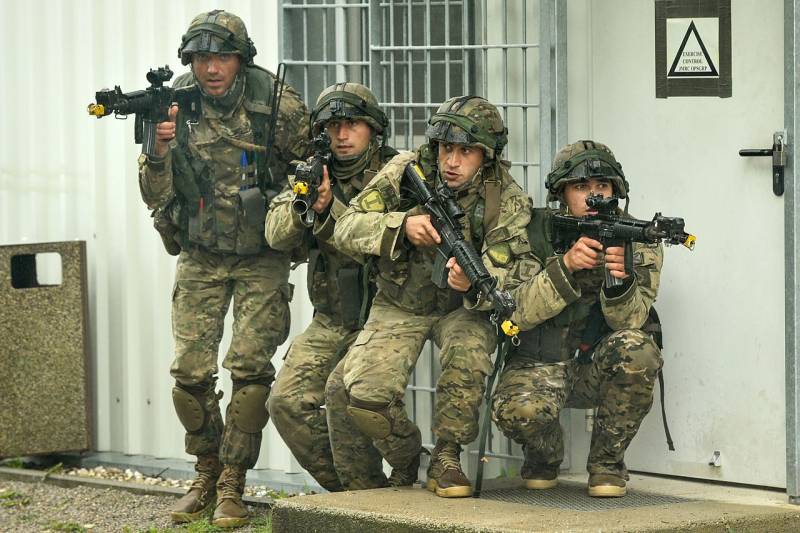 Georgian special operations forces during Combined Resolve II exercise
Well-established cooperation with NATO allows Georgia to gain access to modern foreign methods, strategies and equipment. The independent development of the army without the help of third countries is not possible, and the assistance of a large international organization provides the necessary opportunities. Some of the results of this are already visible and well known.

Bilateral cooperation is also of interest to NATO. The main reason is the ability to gain access to infrastructure and facilities in the Transcaucasus. A certain contingent has already been deployed in Georgia, and if necessary, a larger and more efficient group of troops can be created, incl. international. The transport infrastructure is also actively used, due to which the supply of the Afghan group is carried out.

Thus, there is a curious situation in the relations between Georgia and NATO. Mutually beneficial cooperation is underway, and the Alliance receives the desired opportunities. At the same time, he is not in a hurry to accept Georgia as a member. For Tbilisi, in turn, not only the real results of cooperation are important, but also the very fact of membership in the organization - which it cannot get in any way. It can be assumed that this state of affairs will continue in the future. The interaction will continue and will bear fruit, but Georgia will remain outside the bloc for now.