Russian transit under the Turkish march 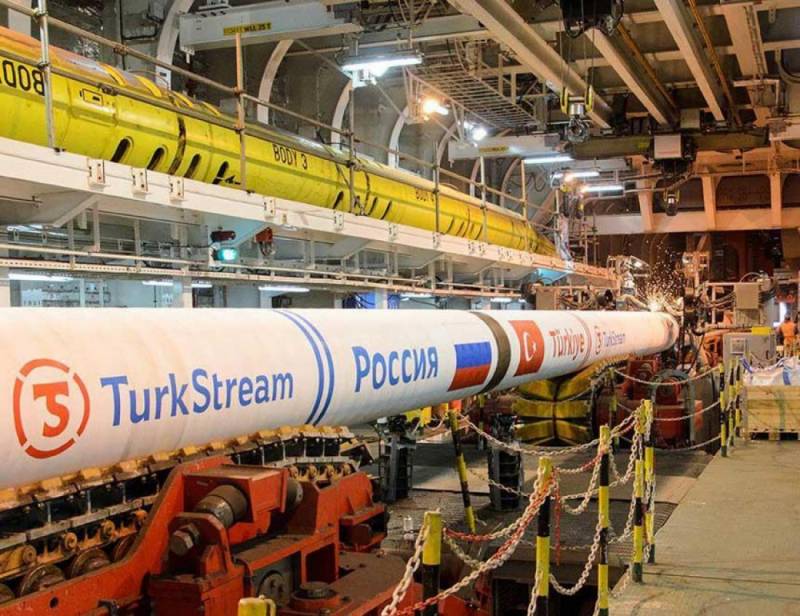 Bound by one goal?

The crisis situation with gas supplies from Russia to Turkey, by all indications, has reached its maximum. However, the problem itself goes far beyond the gas issues in bilateral relations. At the same time, Ankara went to such a sharp gas demarche against Moscow not only because of the serious contradictions in Syria and the Armenian-Azerbaijani conflict.

Since the beginning of the implementation of the dubious Turkish Stream project, Turkey has been well aware of its purely political background. And they were not slow to take advantage of this. The notorious gas bypass of Ukraine was soberly regarded there as a very transparent propaganda move, which can be seen even on the geographical map

When Gazprom's managers chose a transit route through Turkey instead of Ukraine, these strategists gained enviable confidence in the indefinite dependence of the Black Sea neighbor on Russian gas. And this despite the fact that we do not even have a common border with Turkey, and the route itself is much longer and, naturally, expensive. 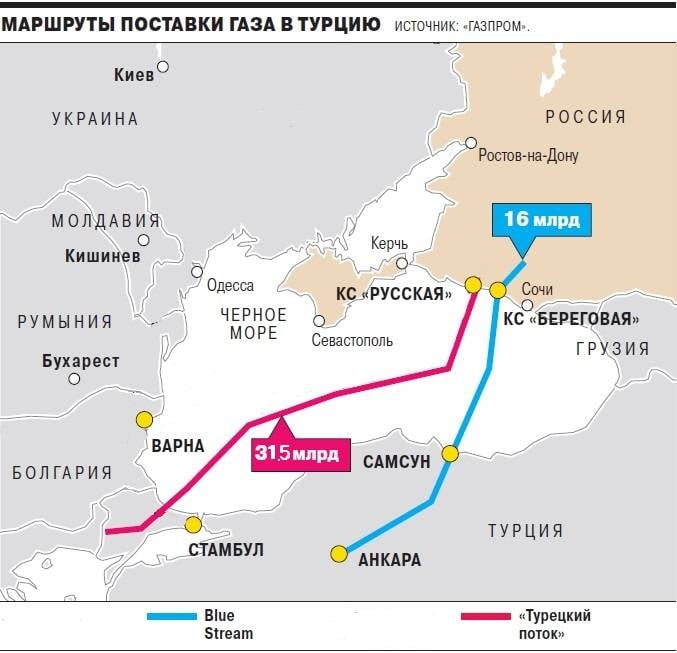 Thus, Russia actually once again underscored its own dependence on the export of natural gas. And this, in turn, makes it possible to successfully manipulate this factor both for importers and new transit countries. The desire for a closer partnership with Turkey was expressed even in preliminary informal consultations with Ankara on the forms of Turkey's association with the EAEU.

It is characteristic that this was done without the participation of Armenia, a full member of the EAEU, but so far this issue remains unresolved. So tightly tied to Turkish transit, the Russian side ultimately fails to respond appropriately to Ankara's assertive policies in a number of regions. Including in Syria, Iraq, post-Soviet Central Asia, Cyprus, as well as in relation to Armenia and even Crimea.

In this regard, the joint military maneuvers of Turkey and Azerbaijan, held in the first ten days of August, not far from the borders of Armenia, are very indicative in this regard. And although, in addition to the EAEU, Armenia, together with Russia, is also a member of the CSTO, the exercises did not provoke at least a proper official assessment from Moscow.

You don't need to be a tourist

It seems that the long-standing dependence of the Russian tourism business on Turkish partners also affects Turkey's relations with Russia. We remind them that we managed to "persuade" them to open Turkey (contrary to the real situation with COVID-19) for Russian tourists exhausted from overwork.

By all external indications, Ankara is using the gas and allied levers in relations with Moscow in a complex and very effective manner. Thus, according to the Russian customs service, in June 2020, Gazprom supplied only 2 million cubic meters of gas to Turkey, which is 585 times less than in June 2019! And a thousand times less than in January 2020.

In fact, gas supplies came to naught: at the beginning of the third quarter of this year, Turkey accounted for only 0,01 percent of Russian gas exports. Let's remind that three years ago the Turkish share reached 15%.

Since mid-May, Blue Stream has been suspended due to planned repairs. And on July 27, the Turkish Botas (the main Turkish partner of Gazprom) announced - for the second time in June-July - the stoppage of the Turkish Stream. Moreover, under the same official pretext: the gas pipeline was stopped due to repair work.

Gazprom sells gas to Turkey at a price of $ 220 per 1000 cubic meters (by the way, at the insistence of Ankara, the price has been reduced since 2017), and the price for the EU countries is at most $ 82. So for this reason, Turkey is more active from the beginning. 2020 moves to cheaper alternatives: pipeline gas (no more than $ 85) from Azerbaijan, Iran, Iraq; for LNG from Algeria, Qatar, Kuwait, Libya, Nigeria and the USA.

The cost of 1 cubic meters of LNG currently does not exceed $ 75, and the minimum price option for LNG is around $ 65. Moreover, Azerbaijan, according to OPEC and Reuters, is becoming the largest gas supplier to Turkey, which, of course, is due to known political factors (see. "And if not for Karabakh: on the borders between the republics of the Caucasus").

Among them, it should be noted that within the framework of the "Turkic Council" headed by Turkey, there is a program of energy and economic integration in general. The "Turkic Council" was formed in 1995 as a political union of Turkey, Azerbaijan, Kazakhstan, Kyrgyzstan, Turkmenistan and Uzbekistan. Hungary and the self-proclaimed Turkish Republic of Northern Cyprus participate in its work with observer status.

How will the situation develop further? A number of Turkish media outlets believe that Ankara is thus forcing Moscow to make foreign policy concessions, especially in relation to Armenia, Syria and to "non-resistance" to integration within the framework of the "Turkic Council". But in general, both Turkish and global demand for natural gas remains low and, according to all forecasts, will remain so until the end of this year.

Therefore, Ankara, according to the estimates of many Turkish analysts, will certainly demand a significant reduction in prices for Russian gas. However, the actual volumes of purchases and transit via the Turkish Stream (even if Moscow makes price concessions) will depend mainly on foreign policy concessions from the Russian Federation.

This forecast is confirmed, for example, by the Bulgarian weekly Expert (Sofia). Publication May 20, 2020:

Turkey is replacing Russian gas with liquefied gas. Last year, Turkey increased imports of liquefied gas by 13% - up to 9,1 million tons. The largest suppliers were Algeria (40%), Qatar, Nigeria and the United States. Russian supplies to the Turkish market decreased by 35% - to 15 billion cubic meters in 2019, the lowest level in 10 years. Gas pipelines "Blue Stream" and "Turkish Stream" with a total capacity of 35 billion cubic meters remained half empty. And in March 2020, the capacity of these two pipelines was used only by 10%. 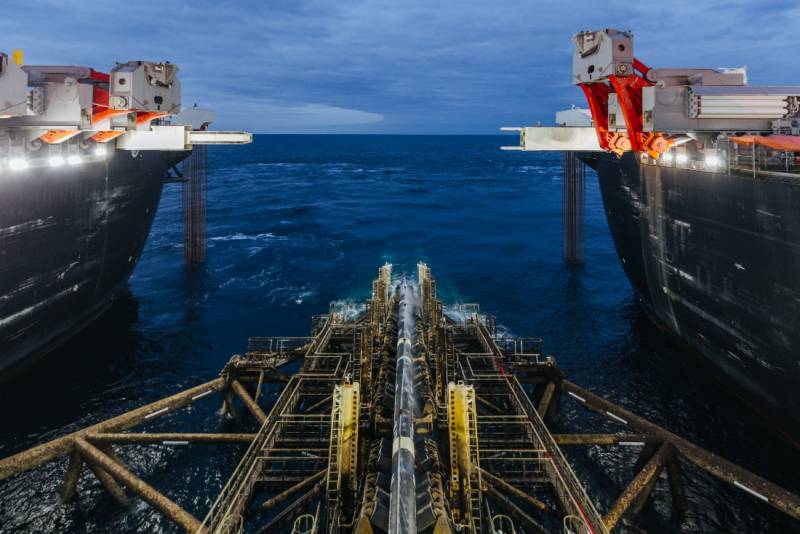 Upon the expiration of the BOTAŞ agreement with Gazprom in 2021, Ankara plans to seek price discounts from the Russian concern.
Access to cheap LPG and falling demand are signaling our pipeline suppliers to be flexible.
- Turkish Deputy Energy Minister Alparslan Bayraktar said on May 16.

It is significant that not from Moscow or St. Petersburg, but from abroad it is reported that Gazprom is preparing for an even more serious deterioration in the situation with Turkish supplies.

Meanwhile, Moscow's intransigence precisely on foreign policy issues, primarily on the problem of the Armenian-Azerbaijani conflict, led, we recall, to the fact that in the early 2010s the project of the Trans-Turkish oil pipeline (about 500 km) between the Black Sea and Mediterranean ports of Turkey - Samsun was actually canceled. (Terme terminal) and Ceyhan. 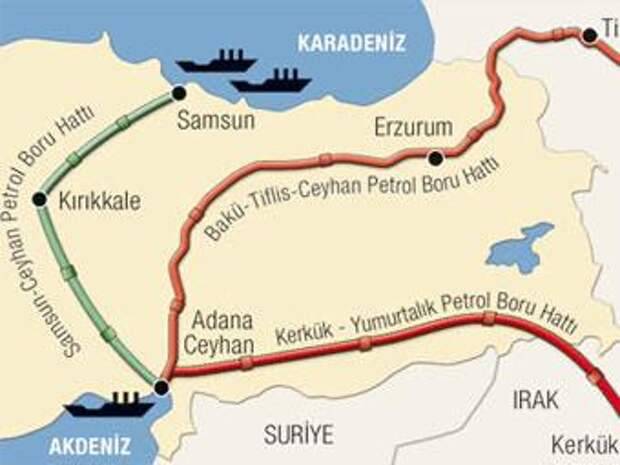 The project was initiated by the Russian oil business at the turn of the 90s and 2000s due to restrictions imposed (of course for political reasons) by Turkey in 1995 on the Bosphorus - Sea of ​​Marmara - Dardanelles route. It is still one of the main export routes for Soviet and post-Soviet oil.

But the Turkish side, as a result, preferred to preserve Russia's dependence on the Bosphorus transit (where restrictions on the passage of tankers were relaxed in the early 2010s). The point is that the oil pipeline alternative for Russia via Turkey was regarded as a potential lever of Moscow's political pressure on Ankara.

Ctrl Enter
Noticed oshЫbku Highlight text and press. Ctrl + Enter
We are
Situational analysis of the death of the MH17 flight (Malaysian Boeing 777), made on the basis of engineering analysis from 15.08.2014Results of the week. "God forbid to see Russian revolt, senseless and merciless!"
Military Reviewin Yandex News
Military Reviewin Google News
153 comments
Information
Dear reader, to leave comments on the publication, you must sign in.