And why did many in our country decide that "all of Russia" is interested in saving Belarus ... 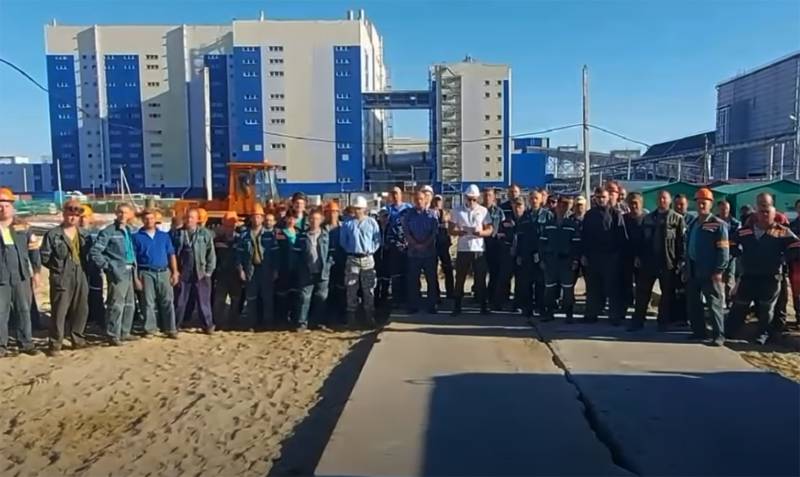 Once again the phrase is heard that Russia, they say, has not seen it again: Ukraine has left, now Belarus can leave (sail away, run away, fly away). Numerous political analysts on federal channels and other mass media present their points of view on how Putin, Lavrov, and even Shoigu should act in order to stop a possible Belarusian “Maidan”. At the same time, one can hear, perhaps, general phrases that it is necessary “to let the Belarusians solve their problems themselves, if possible, but at the same time not to allow the West to interfere in the situation”.


The point of view is clear: for everything good, against everything bad.

Only now, proceeding again from the latest stories relations between Ukraine and Russia - why did many in our country, including experts, take it that what is happening in Belarus does not suit certain forces in Russia that have more than serious weight? Why does someone think that representatives of the oligarchy (and the oligarchy is, by and large, transboundary and transcapitalistic) are tearing their hair out due to the fact that someone in Belarus went on strike, thereby endangering the work of factories, factories, mines , other enterprises, endangered the Russian economy?

Why, for oligarchic capital, with which modern politics is in many ways closely related, what is happening in Belarus is a real gift. With all the "cockroaches" in the head of the Belarusian authorities lately, the republic remained, in fact, the only place on the map of the European continent, where privatizers and optimizers were kept in a stable. The industry was working. Yes, including open subsidies and subsidies from the Russian state, but it worked. Jobs did not go under the knife in batches, even against the backdrop of a pandemic that set the teeth on edge.

Was this satisfied with the "money bags" that are available in sufficient quantities not only in the European Union, but also in the Russian Federation (with cross, so to speak, passports)? Of course not. Belarus was needed and remains necessary to gain total control by the method of “blissful privatization”, through which we ourselves once went through. The victory of democracy - "a voucher in the teeth" - and forward ... Into the bright future of the all-consuming market, where you can take "two Volga" in your arms without a car loan ...

Not so long ago, the press secretary of the Russian president, Dmitry Peskov, announced that there were no oligarchs in Russia. Well, of course ... In the jurisdiction of Russia - perhaps not, since most of these ladies and gentlemen, forgive me, have capitals all over the world, and there are more than enough passports in their pockets: from Cypriot and Latvian to Canadian, Israeli, British, yes and Russian (for every fireman) are also available. And despite the fact that it is often not in the jurisdiction of the Russian Federation, they are trying to influence the policy of our state, oh, how actively.

Therefore, the fact that the possible collapse of the Belarusian economy against the background of the current events does not suit “the whole of Russia” is a strong exaggeration. There are people who rub their hands. Still - MAZ, BelAZ, Belaruskali, MZKT, Minsk Tractor, Grodno-Azot, developed refineries - tasty morsels, which are the dream of many to get.

Why are many Ukrainian channels so “drowned” for the mass Belarusian protest? If only against Russia? On the one hand, yes. But here we also need to remember who belongs to the owners of large Ukrainian media - all the same people with "any" passports and an irresistible desire to get hold of additional property. And there are already fewer questions ... And in Russia there are mass media that exist at the expense of the owners of "factories, newspapers, ships" with all the consequences. If you look at their coverage of events in Belarus, then everything falls into place.

And why did we decide that such people would rush to save Belarus? ..

PS The material came out in the section "News"and not" Opinion ", for technical reasons.

Ctrl Enter
Noticed oshЫbku Highlight text and press. Ctrl + Enter
We are
Reports from the militia of New Russia for 27-28 September 2014 of the yearInterview of Vladimir Putin with Radio Europe-1 and TF1
Military Reviewin Yandex News
Military Reviewin Google News
281 comment
Information
Dear reader, to leave comments on the publication, you must to register.