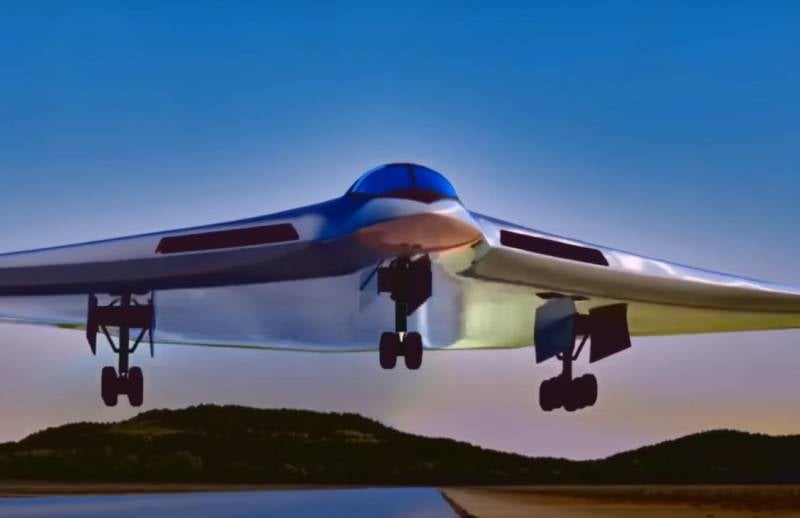 In the United States, flight tests of the onboard systems of the promising bomber B-21 Raider began. At the same time, the assembly of the first prototype of the new aircraft continues.

The US Air Force is waiting for a new bomber

Northrop Grumman Corporation is developing a new strategic bomber for the US Air Force. Officially, as the first bomber of the 21st century, the promising B-2016 aircraft was designated in 21: the then US Air Force Secretary, Deborah Lee James, described it as a fifth generation global attack platform. The B-2030 aircraft are expected to enter service in 21. But the American military department, apparently, plans to accelerate somewhat with the development and release of the bomber. In particular, it is planned to assemble the first sample of the B-2021 at the end of 2022, and to make the first flight of the new aircraft already in XNUMX.

The advantages of the new aerial vehicle include the ability to use large-scale weapons long-range, which will improve its shock capabilities. However, for example, the Chinese edition Sohu calls the B-21 rather an improved version of the "good old" B-2 than a completely new bomber. For example, the aerodynamic shape of the B-21 is practically the same as that of the B-2, and the stealth technologies in general are not very different from those used in the production of the B-2 or F-22. As for the engine, the B-21 will use the Pratt & Whitney F119 or General Electric F136 engine. 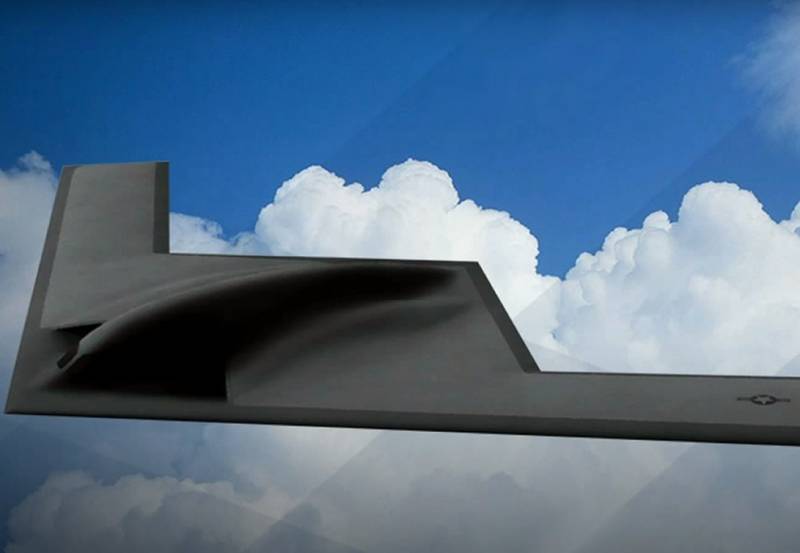 The use of existing technologies will significantly reduce the production and commissioning costs of a new bomber. For example, Northrop Grumman has repeatedly stated that the cost of the B-21 will be about $ 500 million, which is only a quarter of the cost of the current B-2 bomber. In addition, the Air Force's expenses for maintenance and flights of the new bomber will be significantly lower. The cost reduction, in turn, will allow the US Air Force to deploy a large number of new aircraft.

PAK DA as a competitor to B-21

Russia, meanwhile, is also working on the creation of the PAK DA stealth bomber (Advanced Long-Range Aviation Complex). Work on the PAK DA began even earlier than the development of the B-21 in the United States. Eight years ago, in August 2012, information was announced about the completion of the preliminary design of the bomber and the beginning of development work. The first prototype, according to the Ministry of Defense, should be presented by the end of 2020.

Thus, Moscow is trying to catch up with the United States in terms of creating the latest bomber. The latter, for obvious reasons, do not like it very much: after an article appeared in Fox News that the Russians were preparing their own new generation bomber, a flurry of comments from American readers began pouring in, accusing Russia of stealing technology. However, unlike the V-21 PAK DA, according to the assurances of the designers, it is not an improvement of the previous machines, but is a completely new project.

The PAK DA can perform its first flight in 2025-2026. Considering that the B-21 is planned to be lifted into the air in 2022, while the Americans are still ahead of our country. And the reason for this is not the worst preparedness of domestic designers, but the perennial financial problem: as you know, the military budgets of the United States and Russia are incomparable. Nevertheless, it is possible that work on the creation of an American bomber will be delayed, and this will allow Russia to slightly reduce the gap from a potential enemy.

In any case, both the B-21 and the PAK DA will go into operation in the serial version at about the same time - around 2030. The question is which of the aircraft will turn out to be more effective in terms of the hopes placed on it, but this can be judged after the implementation of both projects into reality. Also, do not forget about another potential competitor for both the B-21 and the PAK DA - the Chinese project for the newest N-20 bomber, which has been under development since the early 2000s. And in the situation when the question of who will catch up and overtake whom - in relation to the PAK DA and B-21 - it may well happen that the Chinese will launch their aircraft into series faster. Although in the Chinese case, a separate issue, as usual, is the quality of technology.

Ctrl Enter
Noticed oshЫbku Highlight text and press. Ctrl + Enter
We are
Reports from the militia of New Russia for 27-28 September 2014 of the yearYuri Drozdov: Russia prepared the role of the sacrificial calf
Military Reviewin Yandex News
Military Reviewin Google News
148 comments
Information
Dear reader, to leave comments on the publication, you must to register.