Lukashenko at MZKT: If you don't want to work, you want to leave, the doors are open 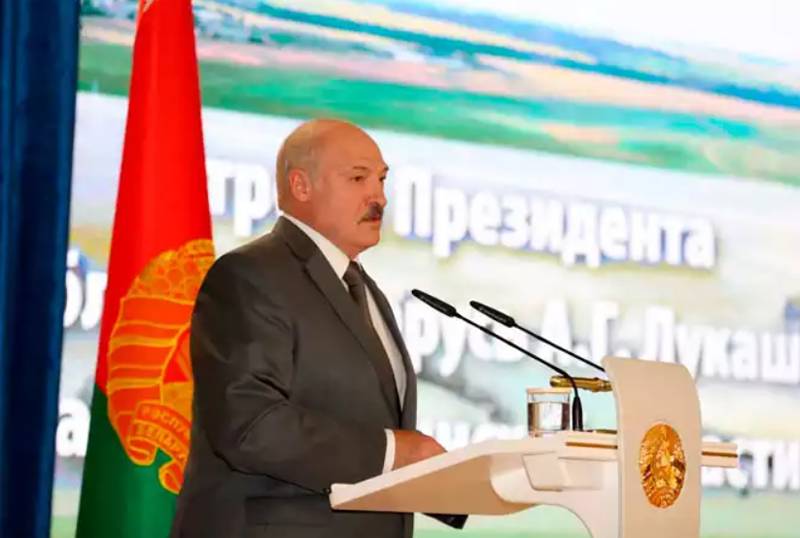 President of Belarus Alexander Lukashenko visited the MZKT - a plant that, like many other large enterprises in the republic, is in a "partial" strike. At the same time, during the strike, employees of enterprises put forward demands not about how the work of the factories themselves could be reformed, to increase their own social security, but about Lukashenka's resignation.


Speaking to the employees of the Minsk Wheel Tractor Plant, Alexander Lukashenko reminded them that everyone is a subject of the Belarusian economy.

Where you rushed, other laws. This is so that it doesn't hurt later.
According to Lukashenka, if someone wants to leave the enterprise, does not want to work, then personally he is not going to keep anyone.

Nobody will spread rot. Please, if you don't want to work, you want to leave - the doors are open.
At the same time, the head of the Belarusian state was informed that MZKT, like many other large enterprises, continues to work despite the strikes of certain parts of the team.

It should be understood that the “bad president Lukashenka” always supported the extra staff, so that people would not be thrown out into the street, but given work. If someone does not want to work, I say again: we do not force.
Lukashenko:

Elections were held in Belarus, there will be no other elections!
Meanwhile, opposition media claim that Lukashenka “did not talk to the entire staff of the MZKT”. The following statements appeared:

The imported "tihars" were gathered at the site, and the workers were blocked in the workshops.
This information is currently not confirmed.

Meanwhile, it became known that the government of the Republic of Belarus had resigned. This is a common measure after the presidential elections. Now the formation of a new cabinet will begin.

Ctrl Enter
Noticed oshЫbku Highlight text and press. Ctrl + Enter
We are
Reports from the militia of New Russia for 27-28 September 2014 of the yearDecember 2010 years. Russian March. Senseless and merciless? Notes not a Russian person
Military Reviewin Yandex News
Military Reviewin Google News
578 comments
Information
Dear reader, to leave comments on the publication, you must to register.