"Invasion of Twelve Tongues." Who fought against Russia in Napoleon's army 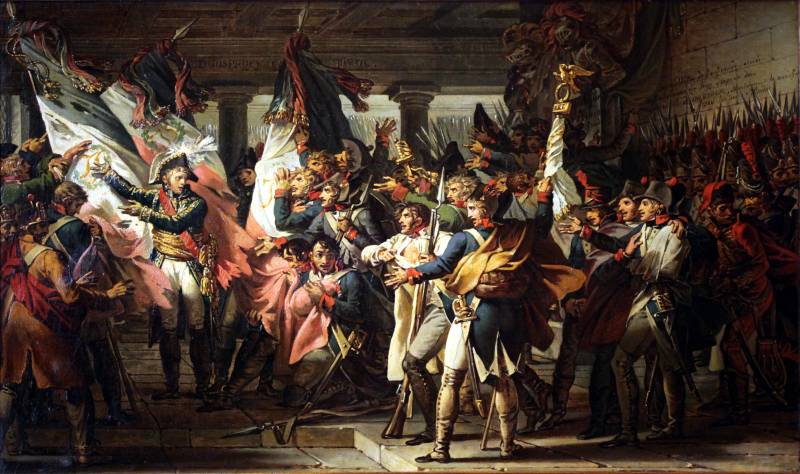 To say that in 1812 our land was invaded by the "French army" is just as correct as to continue to say that on June 22, 1941, the Soviet Union was attacked exclusively by Nazi Germany. Historical justice requires admitting: during the Patriotic War, Russia opposed the most real “united Europe” (in the version of the XNUMXth century). So who exactly was uninvited into our borders as part of the Great Army of Napoleon Bonaparte?


It was not for nothing that our ancestors called this invasion "the invasion of two hundred languages." This number, as you might guess, in Old Russian corresponded to the current figure 12. In fact, the enumeration of various nationalities, representatives of which in significant numbers were present in the ranks of the Napoleonic horde, does not even fit into a dozen. There were more of them. Bonaparte himself, according to some recollections, said that in the Great Army, which numbered, according to various sources, from 610 to 635 thousand personnel, "even 140 thousand do not speak French."

A small reservation should be made here. In those days, the natives of some regions of modern France spoke in dialects that today would seem to their distant descendants as sheer gibberish. The "big" states that are familiar to us today, with their capitals Paris, Rome, Berlin, simply did not exist yet. Yes, many modern historians, in order not to go into subtleties, argue that there were about 300 thousand Frenchmen in the Great Army. That is about half.

In second place were the Germans, who gave Bonaparte about 140 thousand soldiers. Let's clarify right away: speaking of conditional Germans, we mean the subjects of Bavaria, Prussia, Westphalia, Saxony, the Kingdom of Württemberg. And also formations of a lower rank, such as the Hesse, Baden Grand Duchies and very tiny little ones like the "states" of the Rhine Union. All of these were countries that were vassal to Bonaparte's empire, with the exception of Prussia, which had the status of an ally.

The third largest were units and subunits formed from Poles, of whom there were at least 100 thousand in the Great Army. It is worth dwelling on some points in more detail here. Unlike some other non-French people, who were brought to Russia either by the vassal oath of their rulers to Paris, or by the desire to receive a good salary and plunder to plenty, the Poles were eager to fight "for the idea." The idea, in fact, was the desire to destroy our country, in which they saw "an empire of darkness threatening the entire civilized Europe" (a quote from those years) and on its wreckage to arrange, albeit under a French protectorate, "Great Poland can be reached."

If we take in relation to the total population of countries, then France gave the Grand Army 1% of its citizens, and the Grand Duchy of Warsaw - as much as 2,3%.

A considerable contingent was provided to Napoleon by another of his ally - Austria. 40 thousand of her subjects came to trample the Russian land. There were slightly fewer Italians from the Kingdom of Naples and other duchies, principalities, cities and villages scattered across the Apennine Peninsula. Small and seemingly not belligerent Switzerland gave 12 thousand. About 5 thousand - Spain, at one time desperately resisting Napoleonic invasion.

The rest of the non-French contingents, in comparison with those listed above, look much paler: there were only a couple of thousand Portuguese, Dutch and Croats each. But they were! Leading all this international rabble to kill our ancestors, Napoleon Bonaparte, in particular, declared that the purpose of the campaign he had begun was to strive "to put an end to the disastrous influence of Russia, which it had on the affairs of Europe for fifty years!"