I am the king! 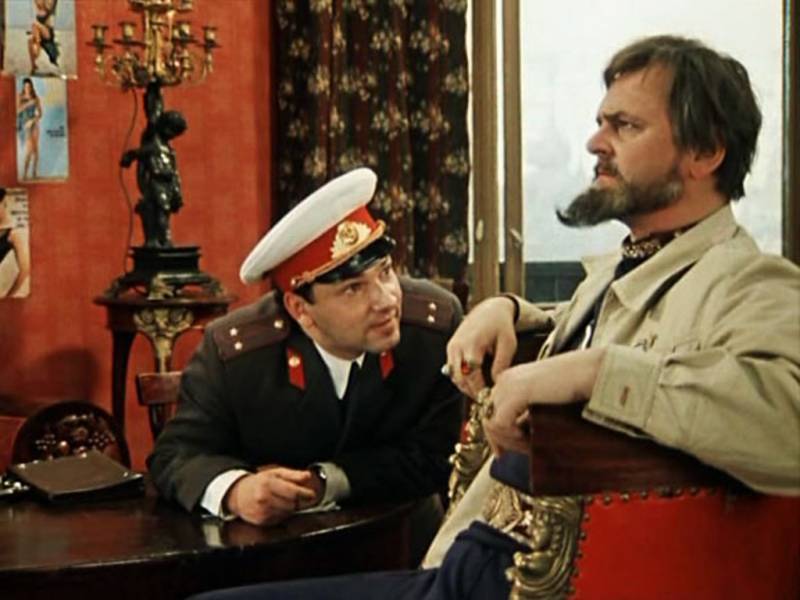 At the very beginning, I will immediately note that ALL coincidences with real modern personalities and states are ABSOLUTELY random. These conclusions are made by compiling several historical works (for example, E. Tarle "Napoleon" and J. Legrand "Adolphe Hitler", the film "Ivan Vasilyevich Changes His Profession" and so on) with a selection of the ways in which they came to power at different times.


So, you wanted to become king / king / high consul / president, but you are not sure that everything will work out. What methods would be worth adopting?

Call it what you want, but without them - nowhere. These are the ones who will guard you, disperse the dissatisfied and neutralize your competitors. 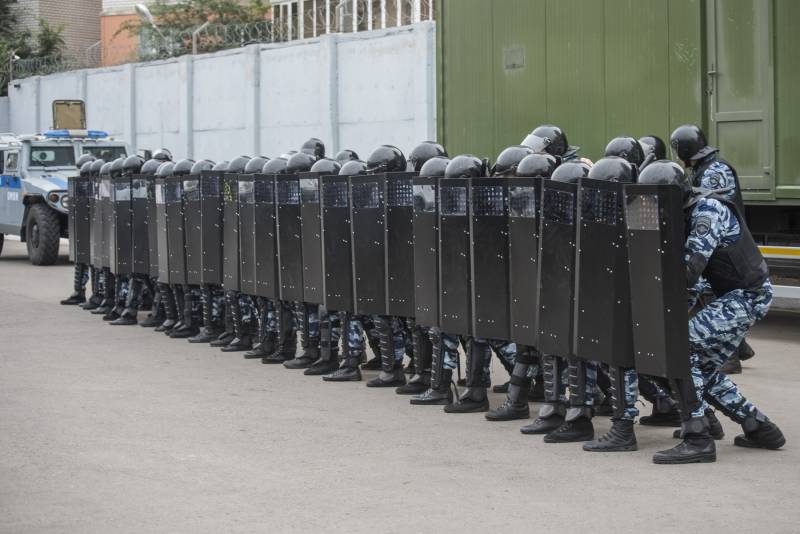 And these people must be very well fed, because their direct duty is to beat and shoot at the people who will be dissatisfied.

Courts and prosecutors are very much needed. The first, according to your instructions, will have to put everyone who interferes under their feet, the second - to justify the first and drown the stream of complaints. 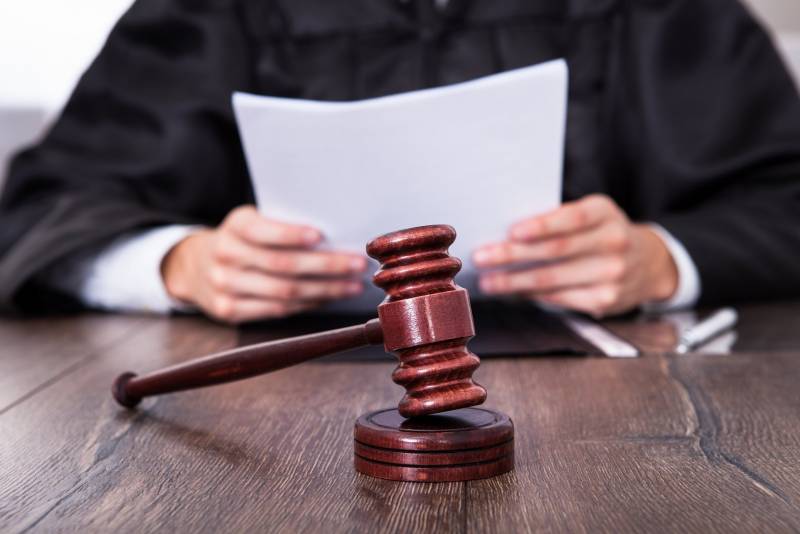 These are the most important people in the elections. It has long been clear to everyone in the post-Soviet space that who voted and how is completely irrelevant. The main thing is how they calculated and what they wrote in "Total".

Therefore, even the dead vote, because death is not a valid reason for missing such an event as voting for the main people's choice.

All election commissions must be prepared not only to put down the necessary numbers in the final statements, but to prevent even the slightest leak of information to the side.

About what a side is - the next point.

In general, the presence of so-called independent media is not welcome. The media should be completely correctly oriented, that is, write and shoot only in the right direction.

In general, the media is entrusted with the task no less than the electoral commissions. It is necessary to carry out a huge explanatory work with the population. Explain to each and every one that the class / foreign / domestic / all three at once / the enemy does not sleep and wants to destroy / buy / sell / transfer the country entirely and completely, and only the election of the Savior of the Fatherland guarantees the country some more time of a quiet life.

Small. Until the next election.

And in case of non-election - instant decay / collapse and stuff like that.

But only with these components of success, you can go to the polls. But even all four points, collected in one shock fist, do not guarantee you election. Therefore, do not relax, work and work.

It is necessary to provide for such a moment as the appearance of the disaffected. There should be no dissatisfied. At all.

Therefore, all the dissatisfied are automatically entered into the ranks of the unemployed marginal people and parasites who have sold themselves to the enemy. After all, a normal person will go and vote only in this way, for the salvation of the Fatherland from a terrible enemy, and nothing else.

We need to quickly but thoughtfully appoint an Outside Enemy who will buy these marginalized people and send their agents of influence into the country in order to stir up the heads of the voters, organize riots, terrorist attacks and so on.

A neighboring country is best suited for this role. Better yet, historically it has already been verified, some attack by the armed forces of this country on "peacefully sleeping airfields." An example is the Glaivetz incident.

In the presence of an aggressor country or a spiteful country, it is already easier. From the side of this country, money flows constantly into the pockets of all sorts of corrupt individuals, spies and terrorists.

In their own country, there are sold-out marginals and sold-out media outlets who do not understand in which key to work.

And the worst thing: in the country I can still find those who want to save the Fatherland.

So, they are all traitors. So it is necessary to explain to the people through normal media. Where should traitors and traitors be? 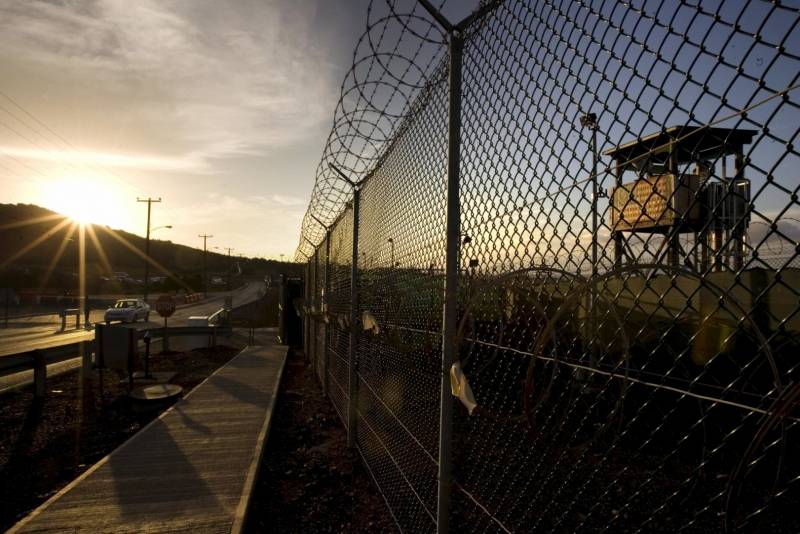 Much can be attributed to the Dark Lord and his work. But it is better not to get carried away, because if the Dark Lord is too active, silly thoughts may arise in the minds and heads (these are different concepts) about what the forces of Light are doing there and why they have not yet unscrewed the horns from the battle helmet of the Dark Lord.

So everyone who wants to get underfoot and make confusion in the process must be quickly captured and sent to the places of the corresponding plan. In the meantime, they will be taken there, the administrative and judicial resource will have to come up with what and for how much to plant them.

The main thing at this time is to tirelessly reiterate on all TV channels and in the media, which are correct, that all this is the machinations of that very Outer Enemy, and everyone who was arrested are accomplices and champions. And their place is only in prison, not on the throne.

"Boriska for the kingdom" is really overkill.

Boriska must sit and understand that the main stupidity in his life is thinking about how to sit on the throne.

Neighbors is the last point. Since any country has them, it is from their number that the External Enemy is appointed, from whose territory the Dark Lord can work. Well, like Shariy, for example.

But there must be good neighbors as well. These are those who will strangle their possible protests against the new tsar-father, if anything, they will not allow their people to do all sorts of stupid things like political flags in football, for example ...

And most importantly - they will cook Rostov-on-Don. Well, just in case.

And since the case can be different, you know, as the practice of another former ruler showed, who did not read this manual, because then it simply did not exist, Rostov-on-Don is a very necessary moment. And any ruler should have it. And it doesn't matter what it will be called, Rotterdam, London, St. Helena, the main thing here is to catch the essence.

And one moment. Very important.

When the election commissions work on the results, in no case should even the slightest chance be given to the enemy. The result should only grow by the elections from the elections! By doing this, the people (or people) will demonstrate confidence in their ruler and in the fact that the whole country is on the right course!

Here we have such an example, in one former democratic parliamentary-presidential, and now just a presidential republic: one person has been ruling for a quarter of a century.

In the first elections (1994), which were held in two rounds, he collected at first 44,82% in the first round, in the second - about 80%. And that's it, then the republic became simply presidential, and according to our postulates, the games at democracy ended, as well as the second rounds.

By the way, here people have already begun to riot. It took about 700 people to chill along with the candidates.

When preparations for the elections were in full swing, one of the jailed candidates for the previous campaign (Statkevich) was still in prison.

This, in my opinion, is a very good indicator. Quite stable. Of course, there are places on the map where the vote is even cooler, but a very decent result.

It is very easy to become a king. You must have the desire and resources. If you have all this, you can, without fear of the cries of the masses, go out and ask: “Who is the last one to be the king? Nobody? Then I am the first! "

And all you must succeed.

It is only necessary to blacklist and prohibit the songs of "Changes" by the "Kino" group and "Go away and do not come back!" group "Aria".

Ctrl Enter
Noticed a mistake Highlight text and press. Ctrl + Enter
We are
A great interview with Sergey Lavrov: about Ukraine, Obama and IranWhat you didn't want to know about England
252 comments
Information
Dear reader, to leave comments on the publication, you must to register.