Lukashenka at the rally: I called you here not to protect me, although not without it 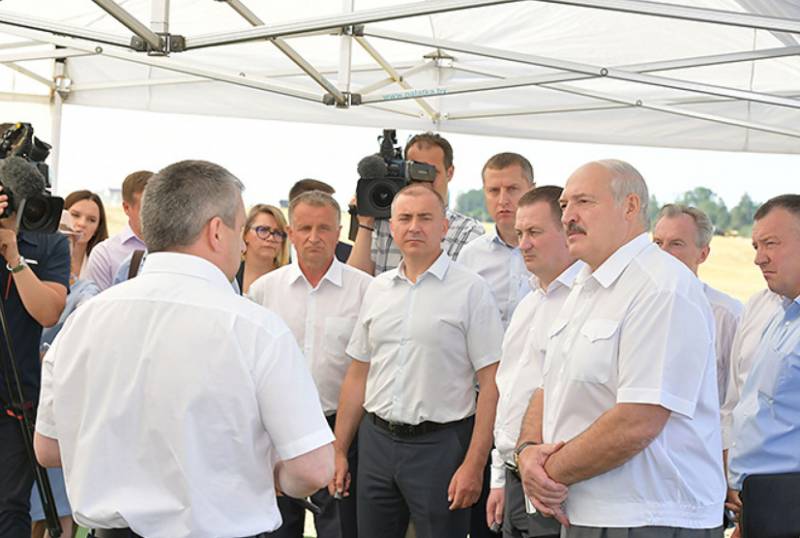 It became known about the second telephone conversation in two days between the presidents of Belarus and Russia. Let us remind you that earlier Alexander Lukashenko called the Kremlin after deciding to return the detained Russian citizens to their homeland.

It is reported that Alexander Lukashenko is holding consultations with Vladimir Putin. It is emphasized that the presidents reiterated their readiness to react together in the event of external threats. Minsk and Moscow have a joint response capability on the basis of the Collective Security Treaty.

After a conversation with the President of Russia, Alexander Lukashenko arrived at the rally in the center of Minsk. Addressing the audience, he noted that they all came out to defend the freedom and independence of Belarus.

We have built a beautiful country with you. Who did you decide to give it to? If someone wants to give the country away, even when I'm dead, I will not allow it.
At this moment, the protesters in favor of the current government began to chant "For the Old Man!"

Earlier, you asked me to lead our people away from the abyss. And we did it. We have built an independent state - something that many generations of our ancestors dreamed of.
Lukashenko added that he would not allow destabilization in the country.


This statement by Lukashenka, which was reported by the BelTA news agency, attracted attention:

Friends, I did not invite you here to protect me, although not without it. You came here so that for the first time in a quarter of a century we could protect our country, our families, our sisters, our wives and children.

Ctrl Enter
Noticed oshЫbku Highlight text and press. Ctrl + Enter
We are
Reports from the militia of New Russia for 27-28 September 2014 of the yearYuri Drozdov: Russia prepared the role of the sacrificial calf
225 comments
Information
Dear reader, to leave comments on the publication, you must to register.