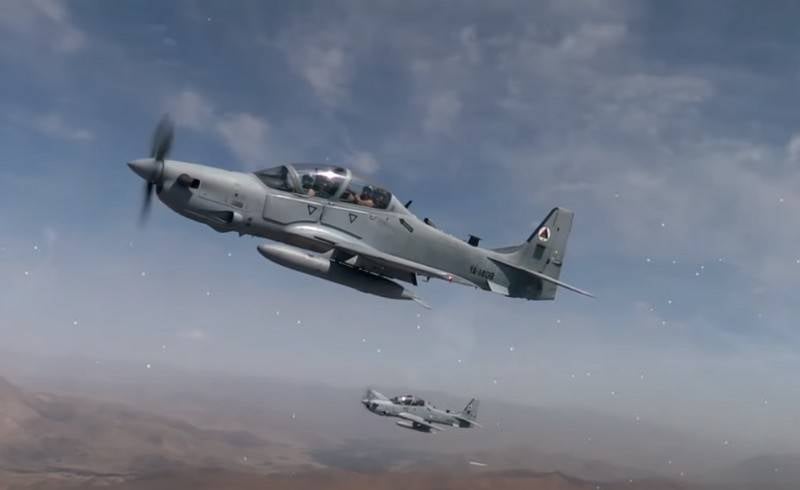 
According to the Air Force of the Armed Forces of Ukraine, the information on the purchase of Super Tucano to replace combat aircraft such as MiG-29, Su-27, Su-24M, Su-25, Su-24MR "does not correspond to reality." This aircraft is considered as a combat training aircraft.

The combat aircraft in service with the Air Force of the Armed Forces of Ukraine will be replaced by a foreign-made fighter of the 4 ++ generation, candidates for replacement are now being considered.

It was about replacing the Su-27, Su-24M, Su-25, Su-24MR aircraft that are in service with the Air Force of the Armed Forces of Ukraine with a foreign-made 4 ++ generation multi-role fighter, but this is not an Embraer EMB-314 Super Tucano. (...) this type of aircraft does not combine such characteristics and such a replacement is impractical and meaningless
- stressed in the Armed Forces of the Armed Forces.

Earlier, the military department of Ukraine has repeatedly stated its interest in the Brazilian attack aircraft.

Recall that Ukraine has adopted a program for the modernization of the country's air force for 2021-2035. For this period aviation should completely get rid of the already obsolete MiG-29, Su-27, Su-24M, Su-25, Su-24MR Soviet-made and adopt a "modern" fighter. Several options are considered as the main candidate, but the Swedish Saab JAS-39E / F Gripen and the American F-16 Block 70/72 are called more preferable for the country's air force. In total, it is planned to purchase from 72 to 108 fighters.
Ctrl Enter
Noticed oshЫbku Highlight text and press. Ctrl + Enter
We are
Turboprop attack aircraft Embraer EMB-314 Super Tucano may show in KievUkrainian pilots tested light attack aircraft EMB-314 Super Tucano
Military Reviewin Yandex News
Military Reviewin Google News
125 comments
Information
Dear reader, to leave comments on the publication, you must to register.