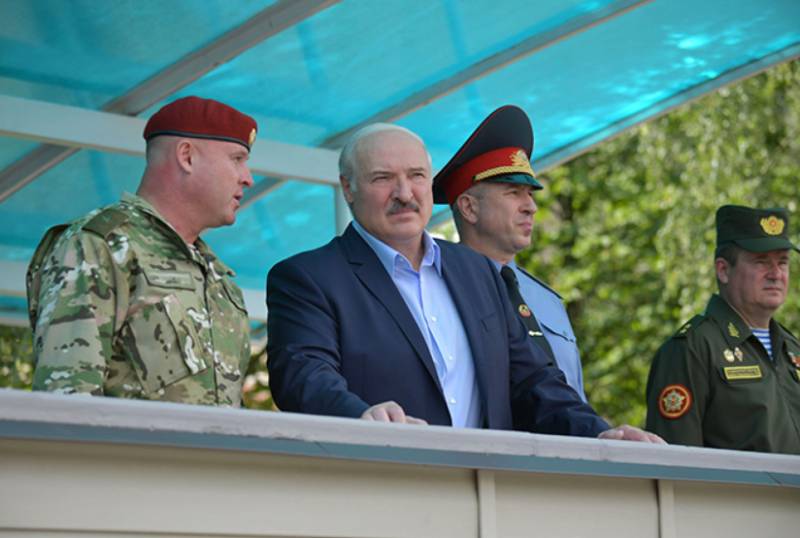 President of Belarus Alexander Lukashenko expressed concern over the increased concentration of NATO forces and the number of NATO maneuvers on the borders with the republic. According to the head of the Republic of Belarus, there is a purposeful and systematic escalation of the armed component in these territories.


Lukashenka said that Minsk has developed an algorithm for responding to such actions. During a meeting with the command of the power structures, the President of Belarus ordered to transfer an additional airborne brigade from Vitebsk to Grodno, explaining this precisely by the NATO concentration of forces and means.

Lukashenka instructed airborne troops to work together with border guards.

It is noteworthy that a few days ago (after the arrest of the Russians in a sanatorium near Minsk) Lukashenka sent military units to the eastern regions of the country - closer to the borders of Russia.

During a meeting with the security forces, the President of the Republic of Belarus partially spoke about what exactly he discussed during telephone conversations with Vladimir Putin. According to Lukashenka, the discussion touched upon the “human chain” (“lantsuga”), which those who support the protests in Belarus are going to build from Vilnius to Kiev. The President of the Republic of Belarus says that foreign forces are going to create a picture for the media, gathering up to 300 thousand people - as one of the factors destabilizing the situation in the republic.

Lukashenko made it clear that he discussed such actions with Putin, proceeding from the fact that “they want to make Belarus a part of the cordon sanitaire from Russia”. The President of Belarus said that "he will not allow anyone to sanitize this way," and added that they had agreed with Vladimir Putin to coordinate actions.

From the statement of the President of the Republic of Belarus:

We have our government, created on the basis of the Constitution. We do not need any government abroad, anywhere, and it will never rule the country. Really history have not studied?

Ctrl Enter
Noticed oshЫbku Highlight text and press. Ctrl + Enter
We are
Reports from the militia of New Russia for 27-28 September 2014 of the yearInterview of Vladimir Putin with Radio Europe-1 and TF1
166 comments
Information
Dear reader, to leave comments on the publication, you must to register.