Why in 1812 Napoleon moved to Moscow and not to Petersburg 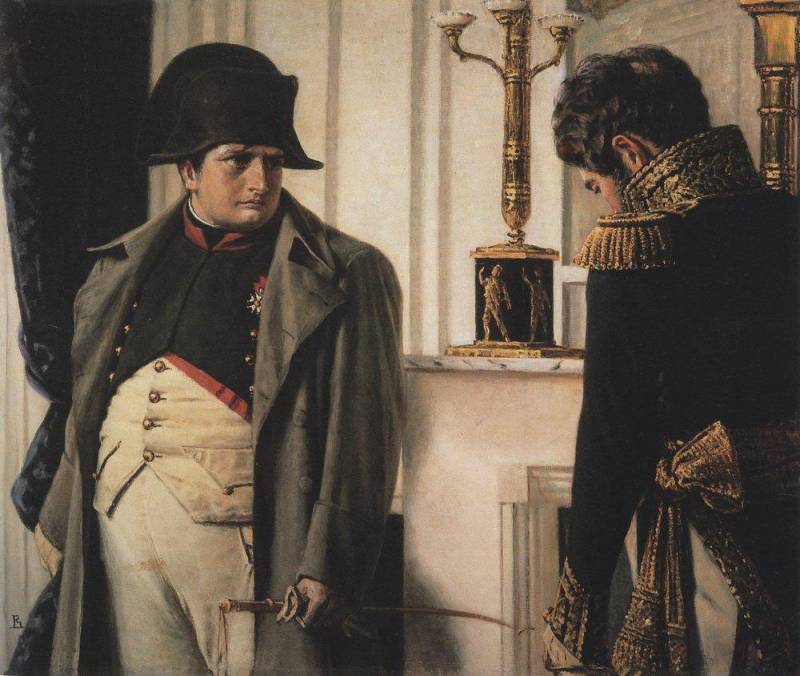 History The Patriotic War of 1812 was dismantled a long time ago, as they say, bone by bone. Every step and tactical move of the opposing armies, up to almost the company level, became the subject of detailed study. Nevertheless, to this day, no unambiguous answer has been given to the question of one of the main points that determined the course of this campaign: what was Napoleon Bonaparte, who was at the head of the Great Army, guided by, choosing Moscow as the main target of his offensive not St. Petersburg?


For many generations of our compatriots, accustomed to seeing the Motherland as the heart of their Motherland, such a choice seems quite natural. However, in the XNUMXth century, the capital of the Russian Empire was a city on the Neva, and according to the then laws and rules of war, in order to win the final victory, any conqueror had to strive to capture it, thereby violating the entire system of government both the country and the army, against which the campaign is underway. By the way, the French emperor understood this perfectly. It is a well-known phrase that by capturing Kiev he will “grab Russia by the legs”, entering St. Petersburg, “grab hold of the head,” and by capturing Moscow, “strike in the heart”.

It is because of this statement that there are those who are trying to find conspiracy explanations for the direction chosen by Bonaparte. Like, “carried away by symbolism and wanting to deprive the enemy of the immaterial spiritual core”, Napoleon, invincible up to that moment, gave a blunder and made a decision that ultimately became fatal both for his troops and for himself. It's hard to believe in this. Bonaparte was, unlike many of the then rulers of Europe, a truly professional military man, and also an artilleryman, that is, someone who was used to building their actions on a clear and cold calculation. The reason, of course, was different.

Before I move on to its presentation, let me dwell on two extremely important points. Firstly, it would be fundamentally wrong to assert that the invaders in 1812 did not try to break through to the capital. In this direction, the offensive was carried out by the 10th and 2nd corps of the so-called Great Army under the command of Marshals MacDonald and Oudinot, respectively. The strength at that time was more than impressive, especially if you consider that the Russian army did not have serious military contingents in the North, in the Baltic States and the vicinity of the capital. It was the corps of Oudinot and MacDonald that, having united, were supposed to occupy first Riga, and then Petersburg.

None of these tasks was completed, and in order to stop the enemy offensive, the only one First Infantry Corps under the brilliant command of Peter Wittgenstein (now one of the almost forgotten heroes of the Patriotic War) was more than enough. He managed to do the main thing: he did not allow the French corps to join forces, each of which outnumbered his army both in number and in the amount of artillery, having linked them with bloody battles of local importance. So the French strove to Petersburg, but did not reach ...

But to Moscow, if you adhere to the historical truth, Napoleon categorically did not want to go. He did not intend to invade the depths of the immense expanses of Russia that frightened him at all, dreaming of defeating our army in a general battle somewhere on the territory of present-day Poland. Let's not forget: to occupy Russia, to destroy its statehood as such, to arrange genocide of the peoples inhabiting it, Bonaparte did not plan ... From our country, he, in fact, was required to join the continental blockade of Britain and participate in further campaigns directed against it, in the same India. All this he should have received from Emperor Paul I without any war, but there was a palace coup with a distinct English smell, and Bonaparte had to use it to "convince" Alexander I weapon.

The leader of the huge army that came from the West understood perfectly well that the path into the depths of Russia would become the road to his death. He planned to complete the first stage of the eastern campaign by wintering in Smolensk and Minsk, without crossing the Dvina. However, the invaders did not receive a grand decisive battle in the immediate vicinity of the border: the Russian armies retreated further and further, luring the enemy to where the advantage would not be on his side. Judging by some recollections, it was precisely because of this that Napoleon was at first in confusion for some time, and then decided to attack Moscow, during which he hoped to catch up with the Russians and "finish everything in a couple of battles." We all know how this campaign ended.

The campaign of the Great Army, which entered Moscow on September 14, 1812, turned out to be a road to a trap, to hell, a road to disaster and crushing defeat. In fact, the correct answer to the question regarding the reasons for Napoleon's actions lies in the fact that the Russian commanders managed to impose on their truly brilliant enemy exactly the course of action that ultimately led him to St. Helena, and our victorious regiments to the gates of Paris.

Ctrl Enter
Noticed oshЫbku Highlight text and press. Ctrl + Enter
We are
Chernobyl notebook. Part of 3Myths of the Great Patriotic. Papier mache helmet
92 comments
Information
Dear reader, to leave comments on the publication, you must to register.