The antidote to color revolutions: exists or not 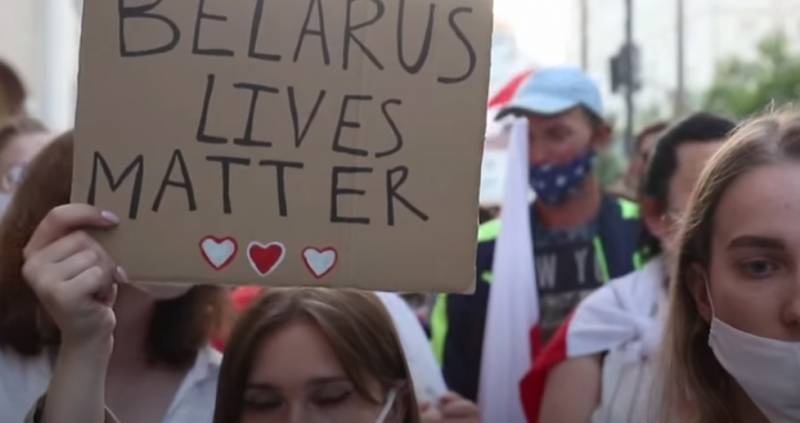 During the color or velvet revolutions, many protesters take to the streets and force the current government to leave. Massive street protests are usually peaceful, but violent acts by authorities or protesters are rarely avoided. This almost never succeeds. Actually, "sacred sacrifices" are a guarantee of the success of any revolution, especially a non-violent one.


After all, then manipulators begin to use for their dirty purposes the natural craving of people for justice, for a better life, a sense of compassion, patriotism, the desire to punish the guilty. And all these noble impulses lead to inhuman actions.

The Universal Declaration of Human Rights, which is a document recognized by the entire world, states that it is a natural human right to have the right to rebel if power is usurped. This is considered the last resort to be used to combat tyranny.

The author of the methodology for organizing color revolutions is considered the American Jean Sharp, who wrote the book "From Dictatorship to Democracy" in 1993. This work has become a reference book for organizers of coups d'état. But they also happened long before the publication of this book.

In the USA, the methods of psychological and informational influence on the masses were studied in the middle of the last century and even tried to be introduced in Latin America. In the USSR, their study was not welcomed and even prohibited. This led to the fact that the countries of the post-Soviet space since the 90s have been extremely vulnerable to such an impact.

Over the past 20-30 years, a wave of revolutions swept through the wreckage of the once great country, affecting Georgia, Moldova, Ukraine, Kyrgyzstan, Armenia. In Ukraine, Gene Sharp's methods were used twice - in 2004 and 2014. In 2011, they were replicated in many countries in the Middle East and North Africa.

One of the standard techniques is that the authorities are trying to provoke violence, preferably with human sacrifice, which makes it possible to stir up mass discontent among the population.

And although the technology is not new and is known to everyone, its application is almost always successful. There is even a point of view that the color revolution is a natural stage in the development of modern society.

Counter-revolutionary methods - effective and not very

Russian President Vladimir Putin spoke out in 2014 that color revolutions are a manifestation of extremism, leading to tragic consequences. Back then, he said at one of the Security Council meetings that he was ready to do everything to prevent events in Russia like the Ukrainian Maidan.

And although today we know almost everything about technologies for organizing color revolutions, effective and reliable methods of combating them, it seems, do not yet exist, as the recent events in Belarus show.

There, for example, they tried to restrict the Internet, but it seems that this measure did not bring much success. In 2005, China followed a similar path, deciding to ban foreign newspapers from printing in the country.

Of course, if signs of another "velvet" revolution appear in the state, it is necessary to react. And it should be understood that at first glance, this popular and spontaneous movement has its own conductor who is trying to control the process from within the country or abroad. But attempts to simply cut off communications or impose heavy censorship rarely help fight such revolutions, and sometimes even contribute to the growth of the protest movement.

Although outside influence has a significant impact on the outbreak of mass protests, without objective reasons for discontent, any color revolution is doomed to failure. If there is no discontent in the society, nothing will be organized.

For example, in Ukraine in 2013, when protests began on the Maidan, such internal reasons were the excessive corruption of the authorities and the deterioration of the economic situation in the country, and the formal reason was the curtailment of European integration. And we watched how not only paid thugs came out to the Maidan, but also honest people who wanted change.

The consequences of color revolutions

The saddest thing is that normal citizens who sincerely believe in the slogans of the "revolutionaries" never get what they expect. After all, the color revolution does not reform the state, but seeks to destroy it. And the living conditions that people wanted to improve are deteriorating even more.

In addition, among the active participants in the protest movement, marginals and extremists often begin to play an active role, who receive freedom and impunity. On the other hand, businessmen appear who view the revolution as a means of enrichment, as a business. They are taking advantage of the confusion and seizing the country's resources. This is roughly what happened in Ukraine.

Color revolutions are a dangerous disease that different countries suffer in different ways: some are harder, others are easier. For example, Syria and Libya were very unlucky, where the “Arab spring” of 2011 made the situation unmanageable. And for almost a decade they have been unable to return to order and stability, being in a state of permanent revolution and civil war.

Today, the color revolution is being staged in Belarus. So far, it is difficult to predict how everything will end. And even if Belarusians have reason to be dissatisfied with the current president, it is not known whether the revolutionary changes will lead to anything good from a political, economic and social point of view.

However, there is still an antidote for the colored revolution, which can be highly effective. It is called the timely turnover of power. At this moment, I think, a smirk would appear on the faces of representatives, for example, of the Saudi dynasty ...

Ctrl Enter
Noticed oshЫbku Highlight text and press. Ctrl + Enter
We are
A great interview with Sergey Lavrov: about Ukraine, Obama and IranWhat you didn't want to know about England
Military Reviewin Yandex News
Military Reviewin Google News
206 comments
Information
Dear reader, to leave comments on the publication, you must to register.