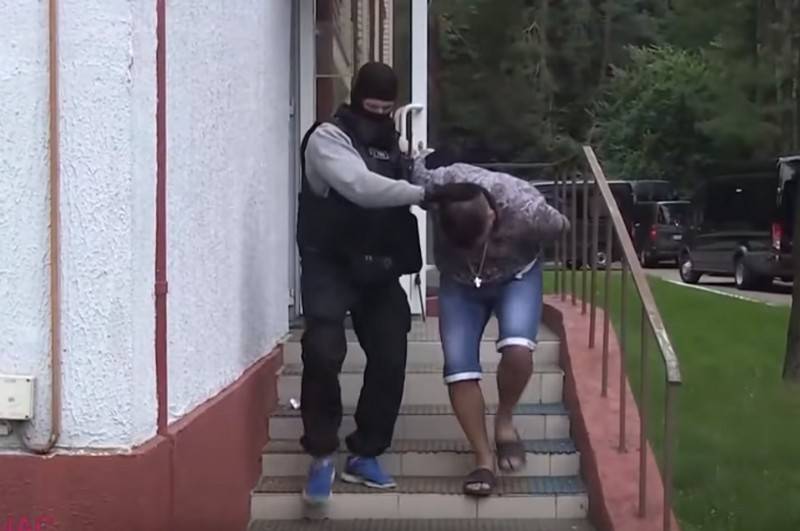 All the Russians detained in Belarus were released and have already returned to the territory of Russia. This is reported by the Russian Prosecutor General's Office.


According to the information provided in the message, the Belarusian law enforcement officers released all the detainees, 32 of whom returned to Russia, another Russian, who also has Belarusian citizenship, remained in Belarus.

At the same time, the prosecutor's office stressed that the Russian competent authorities will continue to investigate the situation with the detention of Russian citizens.

Recall that at the end of July, the KGB of Belarus on the territory of the republic detained 33 Russians, most of whom were or are current employees of the PMC. Also, most of the detainees allegedly took part in the hostilities in the Donbass on the side of the DPR and LPR. As it became known later, this provocation was set up by the Ukrainian special services.
Ctrl Enter
Noticed oshЫbku Highlight text and press. Ctrl + Enter
We are
The Prosecutor General's Office of Ukraine demanded the arrest and extradition of 28 detained RussiansReports from the militia of New Russia for 27-28 September 2014 of the year
Military Reviewin Yandex News
Military Reviewin Google News
315 comments
Information
Dear reader, to leave comments on the publication, you must to register.