Farewell to GPS. Americans are looking for an alternative to satellite navigation 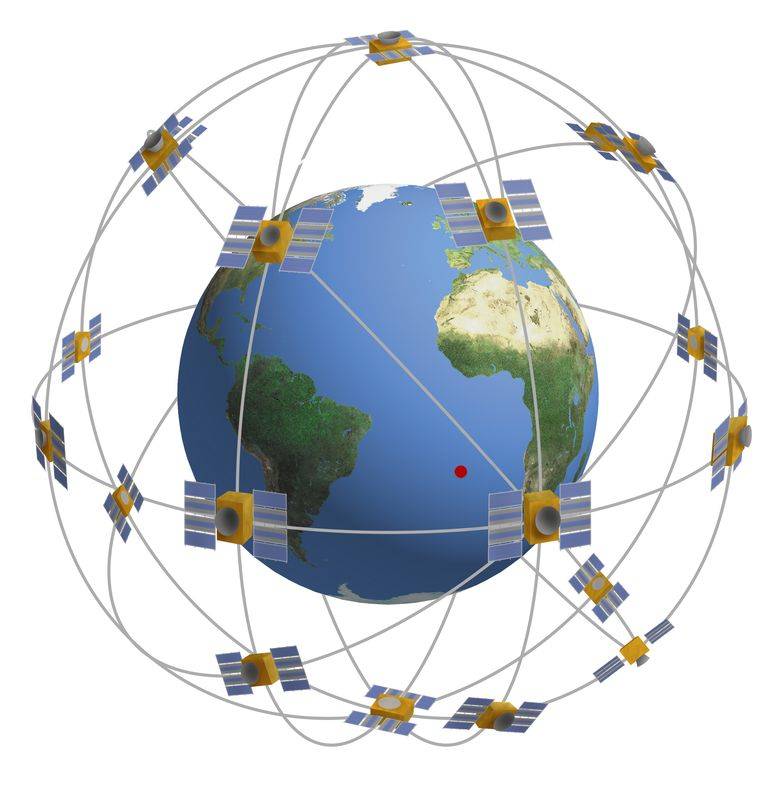 Why is the famous GPS not happy with the US military? First of all, the high cost: each new satellite costs $ 223 million. This has already become the reason for the reduction in purchases from the Pentagon in recent years. The second, more serious problem is the vulnerability of the satellite constellation to the threat of a new weapons Russia. In April of this year, the US military accused the Russian Aerospace Forces of testing an A-235 Nudol anti-satellite missile, allegedly aimed against US space objects. According to the Pentagon, individual satellites of the Keyhole / Chrystal reconnaissance group, which previously (in February) "probed" the Russian spacecraft Kosmos-2542 and Kosmos-2543, acted as a potential target. The head of the US Army's Space Command, John Raymond, commented on the situation as follows:

"Russia's DA-ASAT (direct-ascent anti-satellite weapon) test shows yet another example that the threats to US space systems and [their] allies are real, serious and growing." 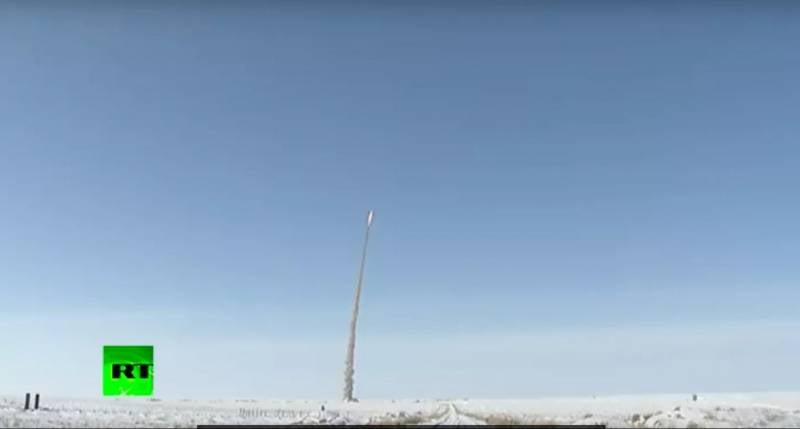 Tests of the A-235 "Nudol" rocket capable of shooting down satellites. Source: rt.ru
All this clearly makes it clear to the American military that in the event of a conflict with Russia, a space constellation of satellites may be under attack, and GPS devices will not be the last on the list of targets. This creates global problems for the United States' favorite remote warfare, when most of the strikes are carried out not within the line of sight, but on signals from the global positioning system. And this is not only a matter of Russia's anti-satellite weapons. Last year, the Americans allegedly already caught domestic electronic warfare equipment in violation of the GPS over the Mediterranean Sea. According to the Pentagon, this was carried out to cover the group of Russian troops in Syria. Some powerful sources of interference for global positioning systems were deployed in Khmeimim, which “manipulated” the signals of GPS satellites even at the airports of Ben Gurion (Israel) and Larnaca (Cyprus). The special services and the Russian army are accused by the West of at least 10 thousand registered cases of so-called spoofing of GPS users. Receivers of a satellite navigation signal receive data from a third party, which displays coordinates that do not correspond to reality to the user. A very useful competence in the era of precision weapons, I must say. In particular, information circulates in the American press that in 2018, during the grand opening of the Kerch Bridge, a convoy of trucks led by Vladimir Putin was actually in the area of ​​Anapa airport at a distance of 65 km. At least according to the GPS system. To what extent this corresponds to reality is unknown, but one can only be glad for the impressions of Russia's potential opponents. For the sake of fairness, we note that GPS jamming technologies have been developed to one degree or another in China and even in North Korea.

The US military has been looking for a replacement for the GPS system for several years, and navigation with the help of an atomic clock could become one of the first alternatives. In 2012, prototypes of C-SCAN atomic clock chips were created at DARPA, which, together with an inertial navigation system, make it possible to accurately determine the location of individual fighters, equipment and direct precision weapons. Moreover, the measurement error in the new system is much lower than in the case of satellite navigation. In principle, even now, the US military uses gyroscopes and accelerometers in case of GPS malfunctions, and atomic clock chips will allow all this to be miniaturized. And no interference, no third parties in the form of the Russian special services. But until these undertakings are implemented in real devices, the Pentagon has only to dream of navigating on new principles. For example, astronomical navigation with a sextant in hand was recently returned to the training program for naval officers. These are, of course, extremes that have no relation to reality and force us to look for alternatives. For example, take into account the peculiarity of the terrain magnetic field in navigation.

With a magnet in hand

Using the Earth's surface magnetic field gradient for navigation is not American know-how. Articles on similar topics have been circulating in domestic specialized scientific publications for several decades. And the idea itself was expressed back in the 1960s by the Soviet academician A.A. Krasovsky. The technologies being developed now are based on modern magnetometers, which have very high sensitivity, accuracy and speed. Considering the high variability of the Earth's magnetic field, we can confidently speak about the possibility of orientation based on an individual signature of a terrain or region. An airplane, rocket or tank equipped with sensitive magnetometers and accurate magnetic maps of the world will be able to navigate without involving a GPS system. At the same time, the positioning accuracy can reach 10 meters, which is not fundamentally different from satellite navigation. The parameters of the magnetic field gradient are independent of solar activity, season and weather conditions. But in theory it turns out so beautifully. If the Americans decide to create such a system (it already has a name: MAGNAV) for their army, they will face a lot of problems. 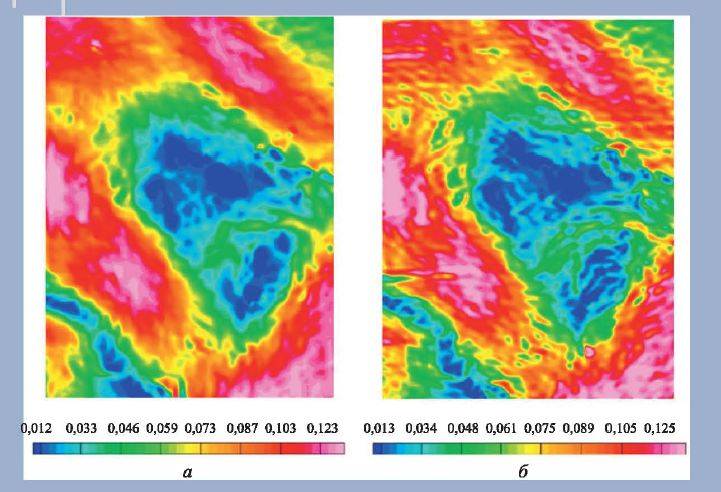 Comparison of the magnetic gradient of the terrain. 2011 on the left, 1999 on the right. Source: Journal "Problems of Management"
Firstly, to wage war on enemy territory, it is necessary to have accurate maps of the magnetic field of the area. But how to do it? It will not work from the satellite, the height is too high, the gradient will simply not be visible. A certain solution may be the hidden installation of magnetometers and recording equipment on the planes of regular flights of foreign airlines. But if you look at any online map of air traffic, for example, Russia, you will understand the futility of this. We have vast territories over which no air routes pass. And the flight altitudes of civilian ships are still very high, which does not allow studying all the subtleties of the magnetic gradient. And the Pentagon needs magnetic maps of the terrain primarily for navigation of cruise missiles, which go to targets several tens of meters above the surface. In Russian publications it is mentioned that aircraft cannot climb above 1 km for normal navigation along the magnetic gradient. In the United States, a combined navigation system is being considered for this situation, when the vehicle moves along a magnetic gradient across the previously explored territory, and when it passes the "front line" it turns on the inertial system. It turns out inaccurate, but there are no other options yet.

Secondly, magnetometers are constantly interfered with by parasitic fields, that is, drowning noise. Especially a lot of it is generated from the aircraft itself. What about the magnetic field created by the helicopter rotor? The Americans are trying to solve the problem of removing noise using artificial intelligence algorithms: they are currently working on this topic at the Massachusetts Institute of Technology.

American experiments on building a magnetic map of the area using magnetometers installed on the light aircraft "Cessna". Source: defenseone.com
Thirdly, during intense hostilities, there will inevitably be explosions, gun salvos and other harmful magnetic impulses that interfere with the operation of magnetometers. And what will happen to such navigation after a series of atomic explosions? In general, the resistance of the novelty to war conditions is still questionable. For strikes against banana republics it will do, but I think there will be nothing to jam the GPS with.

Any action will inevitably be opposed. One of the forms of such "anti-navigation" work can be powerful sources of a magnetic field, dispersed over the territory of a probable clash. The purpose of this technique should be the formation of magnetic terrain gradients that distort the real position. And then the probable enemy will have to rely on the good old inertial system, or even on the sextant.