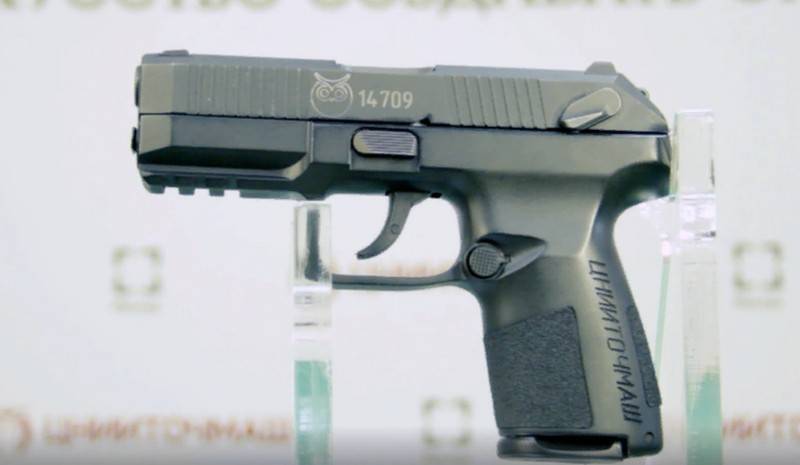 In Russia, a new pistol has been created, designed for operational or hidden carrying by employees of the Ministry of Internal Affairs and the National Guard. The pistol was developed at TsNIITOCHMASH as part of the Poloz ROC. The press service of Rostec reports.


Reportedly, the new compact self-loading pistol, dubbed "Poloz", has a caliber of 9x19 mm. It is more compact and lighter than standard army samples and is designed for concealed carry by police and National Guard officers. The declared firing range is 50 meters, standard pistol cartridges and cartridges with a 9x19 mm caliber steel core bullet are used for firing. Magazine capacity - 15 or 18 rounds. Resource weapons - not less than 10 shots. It is declared that the weapon remains operational in the range from -000 to +50 ° C.

The modular design allows replacement of the handle without replacing the main parts and the use of magazines of different capacities. It is convenient, reliable and unpretentious to use, which is extremely important for operational services employees
- said the general director of TsNIITOCHMASH Albert Bakov.

The new pistol will be presented to the general public during the Army-2020 International Military-Technical Forum. The "Runner" will be shown both statically and dynamically - the shooting will take place at the shooting range of the Patriot Park.
Ctrl Enter
Noticed oshЫbku Highlight text and press. Ctrl + Enter
We are
Results of anti-terrorist work on Dagestan in April 2014List of CIA-funded Russian public organizations
125 comments
Information
Dear reader, to leave comments on the publication, you must to register.