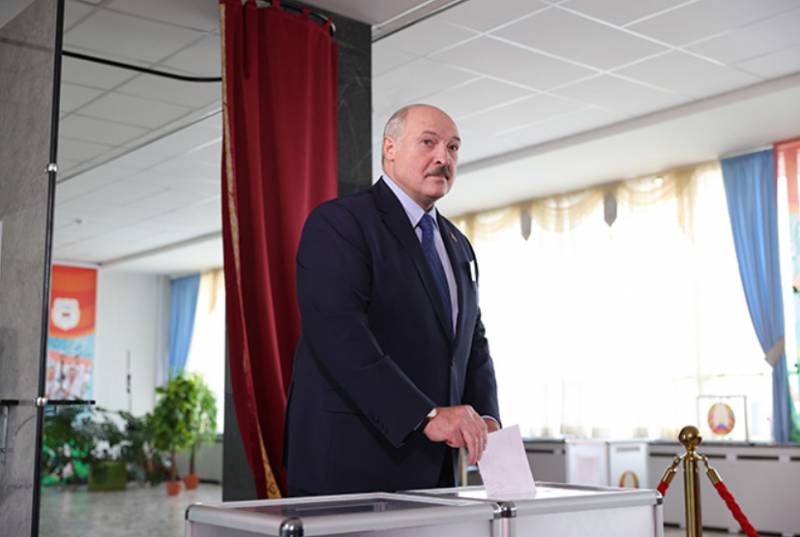 Under the heading "Friday Fans Club", "Military Review" presents material that cannot but ignore the Belarusian theme and the geopolitical processes of today in general.


Let's start with the obvious: all progressive humanity represented by Lithuania, Poland, Ukraine and Mike Pompeo has already taken the side of the Belarusian people. The US Secretary of State is going to impose incinerating sanctions against Minsk, if Lukashenka does not change his mind and does not admit that he will not get rid of Crimea by Russian alone. The sanctions can hit the Belarusian oil refining industry, which has already walked the direct path of democratization to get oil of freedom from the ports of the United States. Now this industry will not be able to get rid of the hated cheap Russian hydrocarbons.

In the US Democratic Party, trying to support the striving of the Belarusian people to get rid of the dictatorship, they are already learning Viktor Tsoi's song “Change”.

In the near future, as informed sources say with all their might, the world will learn even more truth about the Minsk dictatorship. And according to the tradition of all defenders of human rights, a 10-year-old schoolgirl can imagine her, who in pure English will tell the planet about the terrible pictures she saw with her own eyes - “how the soldiers of the regime broke into maternity hospitals and removed newborn babies from the boxes, which reigns in the administration of President Lukashenko terrifying racism, since there is not a single black person. " Hear! - No one. Incredible ...

Human rights defenders traditionally have to find the daughter of the ambassador of Kuwait in Belarus, so that this narration has someone to embody ...

The workers of a number of Belarusian enterprises are already unbearable. Indeed, how long can you work at a state enterprise with a secured tomorrow. It is high time to put the enterprises on the joyful and bright path of privatization. With subsequent optimization.

BelAZ is, of course, a relic of the dark Soviet past. It is not democratic to assemble mining dump trucks and loaders that are in demand in Russia and throughout the CIS. We must strive closer to Europe. Screwdriver assembly of German cars - this is a technological breakthrough for a Belarusian enterprise!

In such a situation, Alexander Lukashenko, of course, has only to buy tickets for the next flights to Rostov, Pyongyang and at the same time to Caracas. The President of Slovenia is already preparing to set a new date for the elections in Belarus, and the Prime Minister of the Czech Republic is looking for a Belarusian embroidered shirt in the shop of the Prague-6 municipality and is learning "LIVE Bel-la-Rus!"

And - yes, how long can you tolerate the arbitrariness of the Belarusian police. They beat people with metal fittings and stones in their hands, horror, with rubber truncheons! The American and French policemen are, of course, shocked by this - imagine ... rubber truncheons on living people! .. 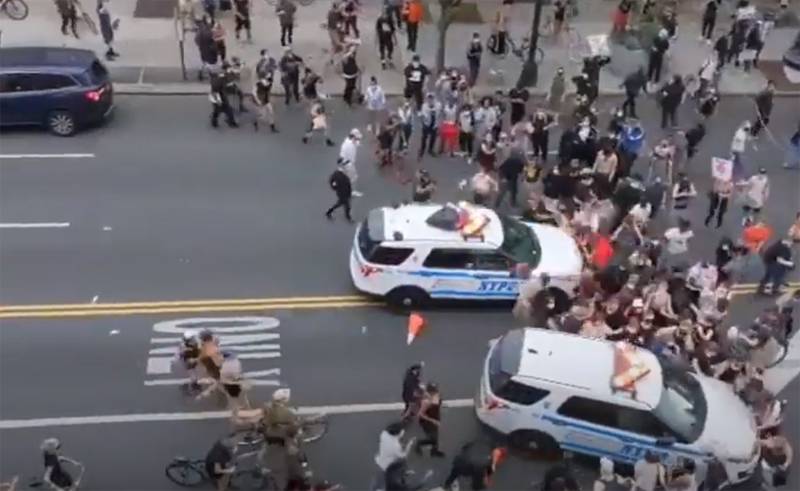 They crush protesters with police cars. What? Is it in the USA? Ah ... well, there are wrong protesters, because the actions of the police are fully justified ...

It is good that Belarus always has a reliable neighbor and helper. Ukraine. And you thought, who? .. It is there that they know how you can gain overcoming after overcoming, without using reason. This is where you will always find an extra can of orange paint. So that Belarus will certainly be in orange.

Well, if not seriously on Friday, then the conversation should be translated in the direction of the topic that any ruler should be aware of the limit of being in power and timely willingness to at least find a worthy successor. Otherwise, the CEC will work oh how difficult ... even in the case of real support of the main candidate from the majority of the population.