Newsweek: Why drop the atomic bomb on Nagasaki after Hiroshima? 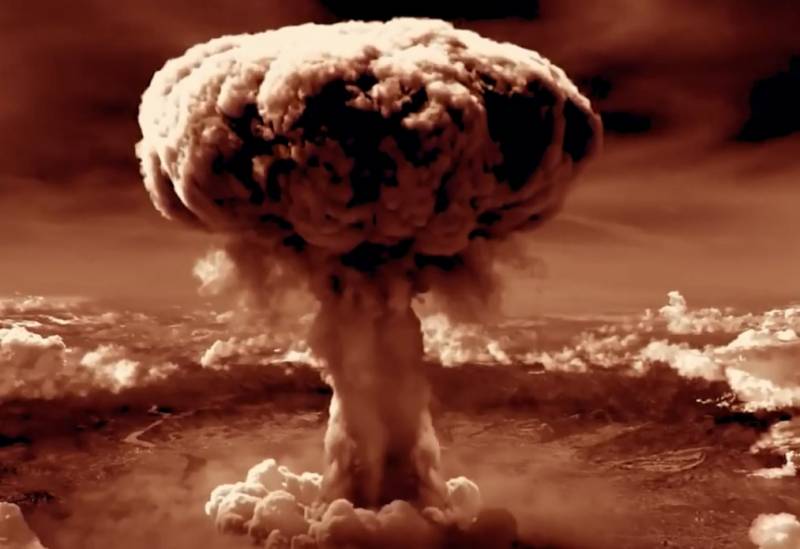 In the United States, some think that the atomic bombings hastened Japan's surrender, while others consider them a necessary step to contain and intimidate the Soviet Union. The Japanese, especially the relatives of those who survived this horror, believe that Washington's decision to use nuclear weapon against the civilian population of the two densely populated cities, nothing can be justified.


The American edition of Newsweek tried to figure out who is right in this dispute.

On August 9, 1945, the second and last in the world stories atomic bombing. The Americans dropped the Fat Man bomb on the Japanese city of Nagasaki, which killed 39 to 80 thousand inhabitants and wiped out the city center. This was the second bombing, the first atomic bomb was dropped on Hiroshima. In total, these two barbaric acts claimed the lives of 129 to 226 thousand people.

The US believes that by dropping bombs and killing thousands of people, they "saved many more lives," as they stopped the war and forced Tokyo to surrender. Say, Japan would fight to the last. The landing of American troops on the islands would have resulted in much greater casualties on both sides. According to the most conservative estimates, it is assumed in the United States that the death toll would have been at least a million in this case. In addition, hostilities would continue in other countries of the Asia-Pacific region, also claiming lives. The official American point of view claims that thanks to the atomic bombings, all this was avoided, quickly ending the war.

At the same time, dropping the second atomic bomb on Nagasaki after the bombing of Hiroshima was supposed to show Tokyo that America has not the only bomb and, if necessary, is ready to continue nuclear attacks further.

Another argument in favor of the bombing is called the atrocities of the Japanese military in the occupied territories. Say, there is nothing to pity the Japanese, because they are guilty of numerous atrocities. As if some crimes can justify others.

American historian of Japanese origin Tsuyoshi Hasegawa does not agree with the point of view prevailing in the United States. He believes that Tokyo decided to surrender not after the nuclear strike on Nagasaki, but after the declaration of war by the Soviet Union a few hours earlier. He believes that Tokyo hoped for the mediation of the USSR in concluding a peace beneficial for Japan.

Hasegawa reinforces his version by the fact that Emperor Hirohito decided to surrender on the morning of August 10, when news the nuclear strike on Nagasaki has not yet reached him. True, it was announced later, on August 15, 1945. Hirohito hoped that the USSR would help him make peace with the United States and preserve the empire. But the entry of the Soviet Union into the war destroyed these hopes and served as an impetus for the declaration of surrender.

Of course, when the United States dropped atomic bombs on Japanese cities, they wanted to end the war as soon as possible. But not because they tried to save lives. They simply feared that the Soviet Union, advancing its troops across Asia, would subordinate the liberated Asian territories to its influence, including them in its orbit, as it did in Eastern Europe.

And it was also a demonstration of the capabilities of the new weapon in real conditions. And first of all, the United States wanted to show its strength to the Soviet Union. After all, then the United States was the only one in the world that possessed nuclear weapons. There was a high probability that after the end of World War II, American atomic bombs would fall on Soviet cities. Perhaps, only the development of its own nuclear weapons by the USSR in the shortest possible time kept America from attack and saved Moscow, Leningrad, Kiev from the fate of Hiroshima and Nagasaki.
Ctrl Enter
Noticed oshЫbku Highlight text and press. Ctrl + Enter
We are
Reports from the militia of New Russia for 27-28 September 2014 of the yearYuri Drozdov: Russia prepared the role of the sacrificial calf
Military Reviewin Yandex News
Military Reviewin Google News
86 comments
Information
Dear reader, to leave comments on the publication, you must to register.