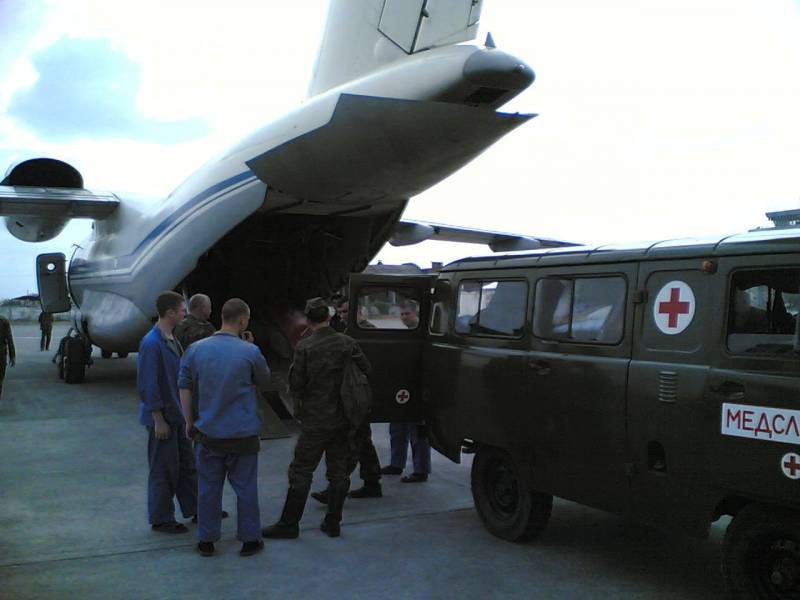 The mournful name "cargo 200" is now well known not only to military veterans who have passed "hot spots", but also to a wide range of citizens. Here cinema, writers and journalists working in the relevant field have tried their best. At the same time, the question of where the use of the term actually originates, as well as other "digital" designations of army cargo (and even some categories of passengers), remains a mystery to many.


I'll make a reservation right away: information with a more or less high degree of reliability is available only regarding the name “200”. And even then, even speaking about the origin of this number, we will have to face a number of versions, hypotheses and assumptions. What do we know for sure? It is known for certain that the terrible words "cargo 200" began to sound in the lips of the Soviet military during the war in Afghanistan. This was the name given to the bodies of our soldiers and officers, transported to the Soviet Union in zinc coffins, who laid down their heads far from the Motherland. Why exactly 200? Let's look at the explanations in order of most plausible.

Everything went from the order of the Minister of Defense of the USSR of 08.10.1984 No. 200 "On the introduction of the" Guidelines for the registration of military transport in the Ministry of Defense and settlements for them. " Here's the first two hundred - the order number. Some people believe that the name originated from him. However, it seems more likely that the explanation, according to which the terrible figure is due to the fact that, in accordance with the above-mentioned regulatory document, during the transportation of the deceased (deceased) soldier of the Soviet Army aviation the transport should have issued a baggage ticket for 200 kilograms of cargo. When transported by rail - a similar ticket for 300 kilograms of luggage.

It is well known that the bodies of our soldiers left Afghanistan, which had become fatal for them, almost exclusively by air. Hence the term. In addition, the weight of a special zinc container for storing the remains, laid in a wooden box for transportation, was usually the same 200 kilograms. There is, however, also a version that the name came from the number of the form of the accompanying document for the cargo (invoice), but in the appendices to the order I mentioned, it is listed as number 2. It does not add up ...

Well, if we figured out the most unpleasant designation, which gave rise to a whole layer of more than specific army jargon and folklore (“add hundreds”, “double up” and the like), at the very least, the rest is much more complicated. Wounded comrades in combat conditions are called "three hundredth". Why is this so? There are meager justifications, again, about some kind of "forms to be filled out during transportation to medical institutions", but I did not find any documentary evidence of them. "Cargo 300" - and that's it. "Cargo 100" usually refers to transported ammunition, and the most varied, from cartridges and grenades to bombs and missiles.

Further - even more bizarre. The words "cargo 700" and "cargo 800" have firmly taken root in certain circles. There are no discrepancies here: in the first case, we mean serious material values ​​transported by the military (large amounts of money, precious metals), and in the second, something that poses a particular danger to others. Usually, weapon mass destruction, objects threatening chemical or biological contamination.

The hardest part is with the “middle of the list”. I have heard at least three interpretations of the term "cargo 500". In one case, it was interpreted as transported medicines. In another, it was simply called healthy servicemen. Someone undertakes to claim that this name is used when talking about prisoners transported for interrogation. However, in other sources, the captured enemy is classified as "cargo 400", while contradicting those who thus name their fighters who received a shell shock.

Nobody even tries to interpret these figures, explain them and link them with any numbers of orders or other documents, weight, and other indicators. It turned out as it turned out. For short and abrupt negotiations conducted in conditions of hostilities by extremely metered radio exchange, such short and understandable only by its designations is the very thing. Once or twice it affected, stuck, and so it went.

A couple of times I have heard about a very special "load 150". In these cases, the comrades named so were alive, not wounded or shell-shocked. True, they are categorically incapable of independent movement. Of course, we were talking about the fighters who "took on the chest" beyond any measure and this term is certainly comic. What can you say here? If any of us is destined to ever play the role of a load, then let his number be only 150!

Ctrl Enter
Noticed a mistake Highlight text and press. Ctrl + Enter
We are
About Stalin and KhrushchevWhat you didn't want to know about England
31 comment
Information
Dear reader, to leave comments on the publication, you must to register.