Why England dragged Russia into the First World War 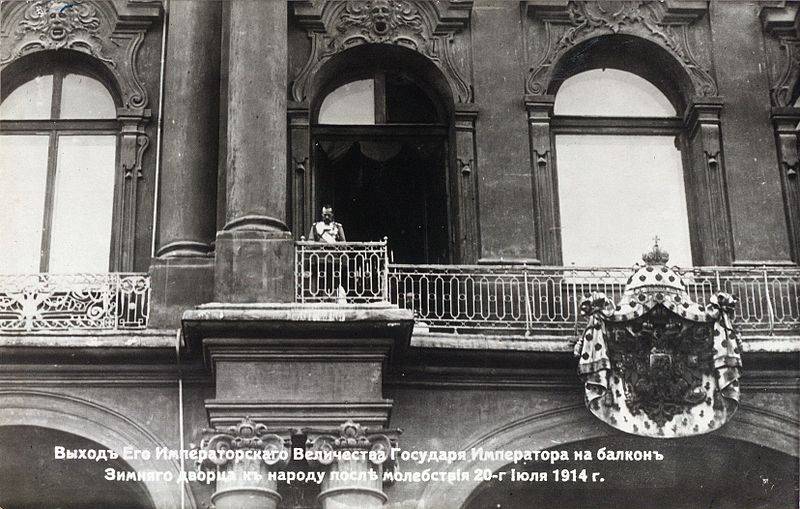 Another wrong and suicidal war for Russia was the First World War. Where Russia fought for the interests of finance capital, France, England and the United States.

Entry into the war with Germany from the very beginning did not bode well for Russia. Over the three centuries of Romanov rule, the Russian state has accumulated a powerful explosive load of contradictions. The most important thing is the lack of social justice. The division of the people into a small caste of "Europeans" with high incomes, with excellent European education, the ability to live for years and squander fortunes (created by the labor of Russian peasants and workers) in Berlin, Vienna, Paris and London. And a huge popular masses of workers and peasants, for which the heroes were Razin and Pugachev, with a long accumulated hatred of "gentlemen-Europeans." This led to other fundamental problems: land, labor, national, westernization of the social elite, the question of development, etc.

Already the Japanese campaign and the first revolution showed that the Russian Empire was approaching disaster. Any strong blow could destroy the building of the empire, which was held by the sacred traditions of the autocracy and the army. The empire could be saved only by systemic reforms (they were eventually carried out by the Bolsheviks) and foreign policy stability. Tsar Nicholas II had to simply "send" all "allies" and not get involved in wars. The struggle for domination within Europe between the Anglo-French bloc and the German one was not our war, it was a quarrel within the European world. The country needed to focus on solving internal problems: the elimination of illiteracy, the educational and cultural revolution, the Russification of culture and art, industrialization with an emphasis on heavy industry and the military-industrial complex, solving the agricultural problem, etc.

The best minds in Russia understood this perfectly. It is enough to study the works of late Slavophiles, traditionalist-conservatives (the so-called Black Hundreds), some statesmen and the military. Among them were Stolypin, who was eliminated precisely for trying to pull the country out of the trap, and the representative of the "deep people" Rasputin, who warned the tsar against war with Germany. All of them saw the threat of a big war spilling over into a revolution, a socio-political and state catastrophe. The former head of the Ministry of Internal Affairs and member of the State Council Pyotr Durnovo warned the tsar about this in his "Note" dated February 1914.

In the 1990s, a myth was created about the "lost Russia", which was destroyed by the "bloody ghouls-Bolsheviks" led by Lenin. One of the parts of this myth: Russia has already won the First World War, and if it were not for the October Revolution and the "betrayal" of the Allies in the Entente, it would have been among the winners, and there would not have been World War II. Accordingly, Russia would have become a superpower without the huge victims of the Civil War and the Great Patriotic War.

However, this is only a myth. From the very beginning, they planned to destroy and dismember Russia. Set the Russians against the Germans, and then finish off both powers. Paris, London and Washington did not intend to build a new world order together with St. Petersburg. Only “against Russia, at the expense of Russia and on the rubble of Russia,” as one of the Western ideologists let slip much later. England and France were not going to give Russia Constantinople and the straits, Western Armenia. The Collective West was our terrible enemy, not our ally.

The Russian intelligence officer, general and one of the founders of Russian geopolitics and geostrategy, Aleksey Efimovich Vandam (1867-1933), thought the same way. In his work The Greatest of the Arts. Review of the current international situation in the light of a higher strategy "from 1913 Vandam (Edrikhin) warned the Russian government against a war with the Germans on the side of the British. He noted that the Anglo-Saxons are the most terrible enemies of the Russians. With the hands of the Russians, England has long been cracking down on its European competitors. Now the main competitor of England in Europe is Germany. The Germans were building a powerful ocean-going fleet, catching up with the "mistress of the seas" and planning to fight for colonies, sources of raw materials and markets in Africa and Asia. They were dangerous to England, not Russia. Initially, the Germans did not even think about the "living space" in the East, the Second Reich was preparing to fight the French and British colonial empires.

Vandam noted that it is necessary to refuse to interfere in European affairs. Russia's future lies in the south and east. The harsh climate (on this topic there is an excellent modern work by A. Parshev "Why Russia is not America") and the remoteness of Russia from the world sea trade routes doom the country to poverty, therefore, expansion to the south is necessary. It is interesting that Tsar Peter the Great was thinking along the same lines. However, he did not manage to realize his great plans. Russia was to reach the warm southern seas and become a great maritime power in the Pacific Ocean.

The main geopolitical enemy of Russia on the planet is the Anglo-Saxons. For centuries they have been trying to cut off Russia from the seas, push it back into the interior of the continent and to the north. Dismember Russia. Lack of growth will cause stagnation and decline, the extinction of the Russian people, who have lost the will to fight and the purpose of existence (just consumption is degradation and death).

Vandam noted that after the victory over Germany, Russia will remain the only strong continental power on the continent. Therefore, the Anglo-Saxons will immediately begin to form a coalition against the Russians with the aim of squeezing Russia out of the Baltic, Black Sea, Caucasus and Far East. The main war of the XNUMXth century will be the confrontation between the Anglo-Saxon world and Russia. In fact, Vandam anticipated history XX century and three world wars (including the third world - "cold"). All three world wars were based on the confrontation between the West and Russia. The Russians were used in the war with the Germans and at the same time they tried to destroy Russia.

The trap of the first world war

Thus, Russia's entry into the First World War on the side of the Entente was a monstrous mistake by the tsarist government. Paris and England were not going to give us Poland, Galicia, Carpathian region and Constantinople. The main goal of the war was to play off the Russians and the Germans, to destroy and plunder the Russian and German empires. Ensure the victory of "democracy" (financial capital) on the planet. Germany was not a mortal threat to Russia. On the contrary, the Germans were our potential strategic allies. Nicholas II could have avoided war. It was necessary to follow the strategy of Alexander III - not to fight! Make a lasting alliance with the Germans, become a solid rear of the Second Reich. Such an alliance could have been concluded even during the Russo-Japanese War, when the Germans helped us in one way or another. Wilhelm II and Nicholas II had already followed this path, the 1905 Treaty of Bjork was signed, however, it was torpedoed by the Russian Foreign Ministry and Witte, who pursued the foreign policy of St. Petersburg in the interests of England and France.

France and England, faced with a Russian-German alliance, would not have dared to go to war with the Germans, because they were going to fight with Germany "to the last Russian soldier." It is possible that everything would be limited to the conflict in the colonies. However, Russia was able to be used, hooked on loans, "brainwashed" with screams of nobility and honor. As a result, the Russians took the main blow of the Teutons, Austrians and Ottomans, pulled off dozens of divisions that could take Paris and crush France. We have put in this war the cadre core of the army - the last stronghold of the autocracy. The autocracy itself was discredited by the information wave of all sorts of rubbish. For the Russian peasant who endured this bloody massacre on his hump, this was the last straw. A Russian turmoil broke out, killing the empire, autocracy, the civilizational and state project of the Romanovs and nearly ruining the entire Russian world and people.

In "gratitude" for the salvation, our allies began to spoil us literally from the very beginning of the war. They let German cruisers into the Black Sea, which prompted Turkey to oppose Russia. Thus, they strengthened the defenses of the Bosphorus and the Dardanelles so that the Russians would not capture them (before that, Russia had complete superiority in the Black Sea). They did nothing to preserve the neutrality of the Ottoman Empire, although there were opportunities. Constantinople was afraid of war with the Russians, offered to negotiate and in exchange for some concessions (for example, guarantees of the integrity of the Ottoman Empire), was ready to maintain neutrality or even side with the Entente. The British refused to negotiate with the Turks, and the appearance of Constantinople on the side of Berlin became inevitable. What for? England benefited from the war between the Russians and the Turks. This distracted the Russian divisions from the main theater of the war. Britain needed a long war of attrition that would bleed the Germans, the Russians, and even the French. The territory of England will not suffer, and after the conclusion of peace, the British will dictate their peace to Europe (however, the Americans also got in, pushing the British). Supplies weapons, ammunition and equipment to Russia were delayed. At the same time, hundreds of tons of gold were pulled from Russia.

As a result, the Russians laid down millions of lives in this war. Saved France and England from defeat. And they themselves fell into a terrible trap, experienced a civilizational, national catastrophe. England, France and the USA feasted well on the wreckage of the Russian, German, Austro-Hungarian and Ottoman empires. Russia became a figure in someone else's big game and paid a huge price. She was saved literally by a miracle - thanks to the Soviet project of the Bolsheviks, Lenin and Stalin.

Author:
Alexander Samsonov
Photos used:
https://ru.wikipedia.org/
Articles from this series:
Russian penal battalion. Why did Russia fight for European stability
How the Anglo-Saxons played off Russia and Japan

Ctrl Enter
Noticed oshЫbku Highlight text and press. Ctrl + Enter
We are
Persian campaign of Stepan RazinDiplomats of the People's Commissariat of Defense: on the eve and during the war
87 comments
Information
Dear reader, to leave comments on the publication, you must to register.