Anatomy of a protest: who plays against Pushilin? 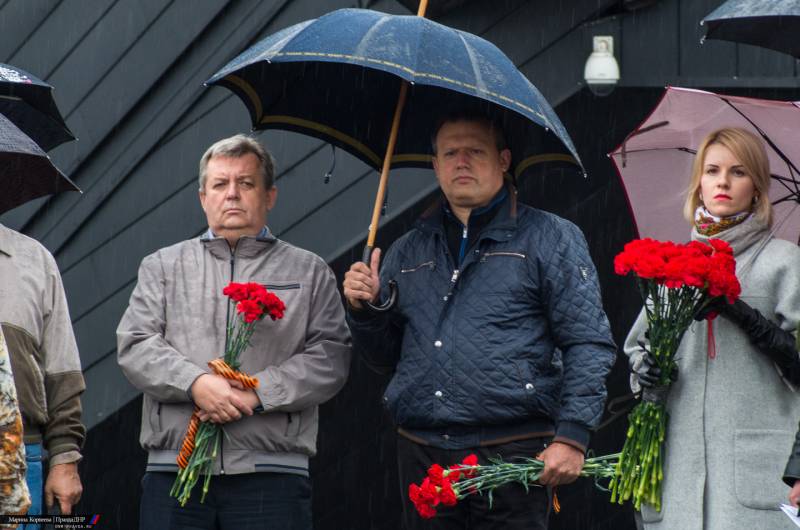 It smelled of "zrada"

The struggle for power that has been smoldering in Donetsk since the assassination of the first head of the DPR, Alexander Zakharchenko, is undeniable and obvious. To one degree or another, rehabilitated ex-speaker of the DPR parliament Andrei Purgin and ex-commander of the Vostok battalion Aleksandr Khodakovsky are openly participating in it. Yevgeny Tinyansky, ex-Minister of Transport of the DPR Alexander Vaskovsky and Andrey Sofronov, ex-secretary of the People's Council of the DPR Aleksey Alexandrov Jr., aka Donetsk Aborigine, are quite openly opposed to Denis Pushilin.

But other participants in the struggle for the Donetsk throne try to stay in the shadows. For example, Deputy Information Minister Artyom Olkhin, who is still associated with the same Donetsk Aboriginal as a permanent source of inspiration and the author of the blog. Or his subordinate Maxim Gazizov, who was the administrator of the opposition telegram channel "InfaDnr" and under the name of Vladislav Sharakhov who writes various libels against the republics in the Ukrainian media, and now is the head of the channel "Witnesses of the DPR". Of course, such an activity could hardly have been carried out without the knowledge (and blessing?) Of the head of the Ministry of Information Igor Antipov.

It is also curious how closely the telegram channels controlled by the Ministry of Information are on friendly terms with their colleagues who adhere to a not very friendly policy towards the government of the DPR. So, the official telegram channel of the Ministry of Information "DPR Online" directly calls "a permanent information partner" news aggregator "Donetsk Telegram", actively criticizing the authorities and not hesitating to use the masterpieces of Ukrainian propaganda as arguments.

Probably, we are talking not only about the "information partnership" with "Donetsk Telegram", but also about tender friendship with all opponents of the current government, including not only "Karaul" Tinyansky or similar opposition blogs, but also some Ukrainian resources. It would be logical to explain the “leaks” of various documents for internal use that regularly appear on the network.

In principle, Donetsk is not such a big city (remember how many people have left), so everyone knows everything. But no one does anything, although there are more than enough reasons for the proceedings. Even a regular repost from Ukrainian propaganda resources would be enough, not to mention the publication of documents. And yet, there is only one clearly mentally ill blogger and member of the DPR Public Chamber Alexander Bolotin. All the rest are not only free, but continue to harm to the best of their ability. And not so much Pushilin as the whole republic.

It is clear that all this bickering plays into the hands of the enemy. Never before have the Ukrainian media (and perhaps intelligence) felt so at ease. They practically do not have to do anything: just look on the Internet to see all the ins and outs of the DNR. Learn about problems and conflicts, familiarize yourself with various documents that now do not need to be obtained or bought. In general, the whole Donetsk is at a glance.

At the same time, the head of the DPR Pushilin and his entourage show an amazing toothlessness, forcing once again nostalgia for the times of Zakharchenko, who would easily send the entire company to the front line to dig trenches or to demining. In principle, it was he who expelled from the DPR Purgin and Khodakovsky, who had returned already under Pushilin, as well as Tinyansky, "Kerch", Alexandrov and many others. Denis Pushilin, apparently, is inferior to his predecessor in rigidity and the ability to use force. That can cost him dearly and already today painfully affects the entire republic. However, sooner or later Pushilin will simply be forced to either surrender and resign, or join the war. How it will look is unknown, and, probably, indifferent. If only the republic and the local population did not suffer from the intensity of the struggle.

Ctrl Enter
Noticed oshЫbku Highlight text and press. Ctrl + Enter
We are
Who benefits from the lie of Denis Pushilin: mayhem or lawlessness?The coup in the DNI: who should congratulate? Part of 1
37 comments
Information
Dear reader, to leave comments on the publication, you must to register.