Artificial climatic phenomena as a weapon 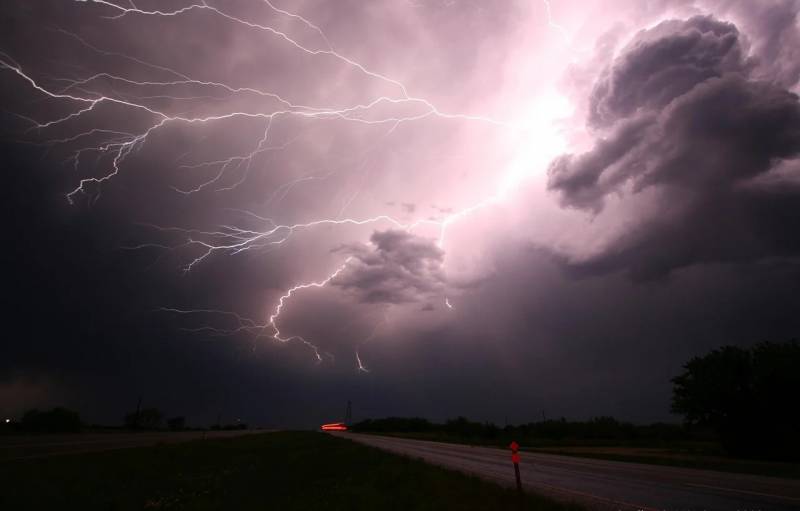 I am often told that human society today is in deep decadence. Many are amazed at how degraded education, morality, even a sense of beauty. The classic "yes, there were people in our time, not like the current tribe ..." I cannot judge humanity. But some of the questions raised by readers really drive you into a deep stupor.


One of these questions is precisely about the existence of climatic weapons as such. Is there such a weapon at all or is it a common invention of journalists to raise the rating of their own publication? Agree, the question is rather unexpected, especially considering the UN General Assembly Resolution 1976/31 adopted in December 72 "The Convention on the Prohibition of Military or Any Other Hostile Use of Means of Influencing the Natural Environment."

However, after some thought, I realized that the question really needs clarification. And it appeared from a simple misunderstanding of the very term "climate weapon".

The striking factor of climatic weapons is various natural or climatic phenomena created by artificial means. Accordingly, such weapons will be hit not only by the enemy troops, but all living things in general. Classic weapons of mass destruction!

Any war is fought in certain climatic conditions. And the generals of the losing army always cite climate or terrain as one of the main reasons for defeat. Remember "General Moroz" who defeated the Germans near Moscow in 1941? And what about the Russian autumn thaw that stopped the offensive?

The dream of any general and soldier is something that would destroy the enemy's army without his participation. Imagine a picture: a huge army attacking your positions - and suddenly a hurricane or a tropical downpour! Or even wider. A huge army is concentrated on your borders. Infrastructure has been created, fuel has been delivered, ammunition and food depots have been prepared. And suddenly - an earthquake! And the enemy's army is completely incapable of combat.

I called the above events dreams for a reason. Nature, or rather, our knowledge of nature, for humanity, as was, and remains terra incognita. We have not learned to cognize its laws and make natural phenomena "work" for us and will not learn for a long time. It is possible to cause an earthquake or a rainstorm today. But these natural disasters can hit their own army no less than the enemy's army.

Climatic weapons have already been used in modern wars

If weapons exist, then, given the number of wars and military conflicts in the modern world, there must be cases of the use of such weapons or their elements. Yes, and there is a country for which the use of weapons of mass destruction does not pose either moral or political problems. Test the atomic bomb on real cities and civilians? Not a problem! Test climate weapons? No problem.

Many people know that the Ho Chi Minh trail caused a lot of trouble for the American army during the Vietnam War. This is a route with a length of over 20 thousand km, along which the supply of Vietnamese troops from the DRV to South Vietnam passed. Despite the fact that this "road", and these are not only land, but also waterways, had such a length, the Americans failed to destroy it.

Bombing, Tunnel Rats, Agent Orange, and other American tricks ... But the Ho Chi Minh Trail continued throughout the war. And only the use of climatic weapons could disable this route, and even then for a short time.

The fact is that American scientists have proposed the use of special substances that increase rainfall during the rainy season from March to November. Spraying was carried out by airplanes. The first use of climate weapons dates back to March 20, 1967. The Americans used rainstorms to erode roads that enter the "trail" from March 20, 1967 to July 5, 1972.

It is clear that no one will advertise the development of climate weapons. This is due not so much to the convention signed by the United States and Russia as to the fact that such technologies, if invented, will become truly revolutionary, capable of changing the balance of power on the planet. Possession of such weapons will make it possible to blackmail any country and thus achieve any goals.

At the same time, in recent decades, the governments of a number of rich countries have become very concerned about the environmental situation on Earth. Many laboratories, institutes, research centers have been created that study literally everything. Starting from the bowels of the planet and ending with deep space. And in each such laboratory there is a closed sector.

The American complex HAARP, which is located in Alaska, and the Sura facility in Russia (not far from Nizhny Novgorod) should be mentioned. Let me make a reservation right away that no one officially calls these objects elements of weapons for a climate war. And what has leaked to the press is more likely from the field of guesses and hypotheses of journalists. The secrecy of the complexes is complete.

Many experts call the American HAARP complex the first such facility in the world. The construction of the complex began not so long ago, in the early 90s of the last century. The Russian complex appeared as a response to the American one. This point of view is not true. The Americans built the largest complex. Not the first in the world, but the largest. The area occupied by the antennas of the American complex is 13 hectares!

They began to build such complexes back in the 60s! And quite a lot of objects were built in the USSR, and in the USA, and in Europe, and even in South America. The official version of the appearance of such objects is the study of the Earth's ionosphere. More precisely, electromagnetism in the high layers of the atmosphere is being studied. The reason for this interest is also known. The processes taking place there greatly affect the formation of the climate on Earth.

Why do many experts call the HAARP and Sura complexes military targets and even "climate weapons"? During the construction of the American complex, funding was carried out not so much by scientists as by the US Air Force and Navy, as well as by the Department of Advanced Research Projects (DARPA). And most of the military scientists are working there now.

What I wrote above are facts. And now about what is not known for certain and, in my opinion, refers more to speculation and unscientific fiction of journalists and (even!) Scientists.

So, the complexes can change the weather in certain regions and countries. It would be interesting to find out from the author of this pearl how the complexes define the border of countries? And how does the "changed weather" not cross these boundaries? Who works as a "border guard" for the weather?

The next terrible "fact" for humanity, sucked out of the thumb, is the possibility of causing earthquakes in some parts of the planet. At the present stage of the development of science, we even have an understanding of the nature of earthquakes at the level of guesses and hypotheses, so how can we cause an earthquake locally? It seems to me that the authors confused the earthquake and the shaking of the earth from the use of, for example, nuclear weapons for underground explosions.

Some theories of well-known American scientists about the possibility of causing hurricanes and sending them to certain points on the Earth look no less silly. By the way, after every hurricane in the USA, and there this phenomenon is quite common, such opinions appear among scientists.

I will only mention the delusional possibilities of the complexes. I think that the readers will be smart enough to independently understand their delusion. So, with the help of the complexes, the military have the ability to control the consciousness of people! With the help of complexes, you can shoot down satellites and warheads flying in space. Well, and similar fairy tales, horror stories.

The weapon that is, but that is not

The understanding came to us that any muck created by mankind, be it climatic, biological or other weapon, will lead to consequences that cannot be predicted at the planetary level. Will lead to consequences that can lead to the death of a person as a biological species! COVID-19 has shown us how vulnerable we are, how vulnerable humanity as a whole is.