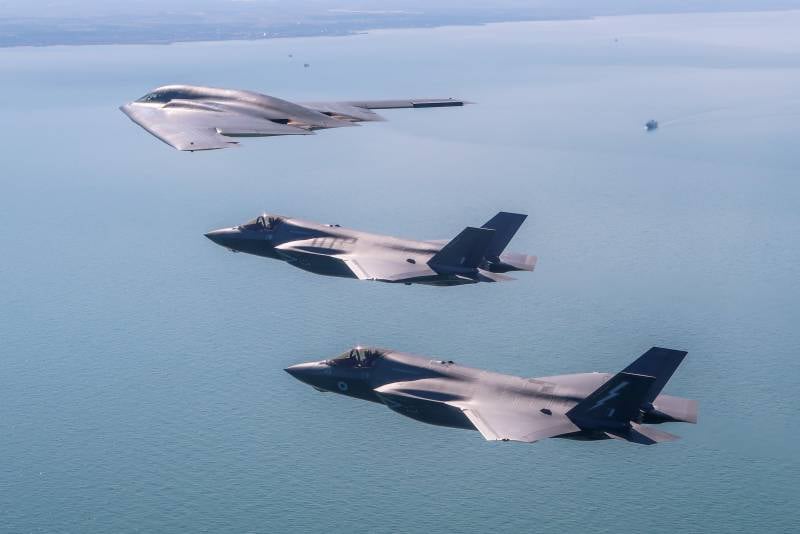 Under the yoke of COVID-19

The Pentagon is already feeling the heavy breathing of the consequences of the epidemic: massive infections of military personnel and the related restrictions (the recent cancellation of military movements around the country is an example of this). Deliveries of new types of weapons have been postponed for at least several months. The M113 armored personnel carriers, which the US military has been using since the late 60s, were to be gradually replaced by the new AMPV products from BAE Systems. But the timing of deliveries to the army of armored personnel carriers is once again postponed and there is information that next year the Defense Ministry will purchase only 32 vehicles instead of the planned 132. There are also strategic consequences. In 2022, it was planned to put into operation the Clear Air Force missile defense radar in Alaska, but now this will take place at best in 2023. 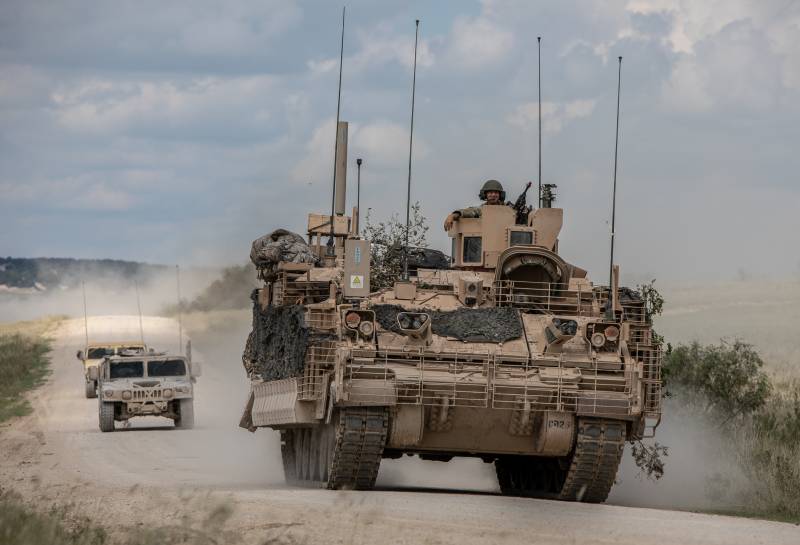 Armored personnel carrier AMPV. Source: en.wikipedia.org
In addition, more and more voices are being heard about the need for careful control of the Pentagon's spending. The fact is that the United States has passed a bill (section 3610), according to which employees of critical industrial enterprises, including defense, must receive wages, even if the plant is shut down due to a pandemic. This saves valuable human resources locally. Naturally, the defense department, through which the funds for military contractors go, in this regard, requires more and more from the budget. A situation is created when the Pentagon does not receive new arms deliveries, but tranches for wages to contractors go. As a result, American taxpayers will receive military equipment at a much higher price and with a serious delay. This year, the military immediately requested 11 billion to cover such costs. The congressmen have several questions to the Pentagon on this case. First, why do other federal agencies manage to manage on their own in such a situation, while the military needs additional budget funds? This is despite the fact that in the second quarter, the US economy fell by a record 33% year on year. And, secondly, is this money spent so effectively by the Pentagon and is there any abuse on the part of officials? In general, the defense department will have to answer to the people's representatives or moderate their financial appetites. And it seems that this is not the last monetary stress for the military.

It is possible that the United States will also cut its contributions to the general budget of the North Atlantic Alliance. Countries have to pay for their participation in NATO with an amount of at least 2% of their annual GDP, but not everyone succeeds. Trump, as you know, has long criticized Germany for contributing to the piggy bank at the level of 1,38-1,5% and threatens to withdraw from the alliance. The claims of the American president are quite fair: the United States, for example, paid NATO an amount equivalent to 2019% of its gross product in 3,2. It is possible that these expenses will also go under the knife in the future.

The upcoming US presidential elections pose quite obvious tasks for the Republican team to appease the electorate with populist statements. For example, about the upcoming cuts in defense spending and the transfer of part of the funds to social needs. Purely economic reasons are also important: after all, the Americans' economy is not growing yet. Former US Air Force General David Deptul and analyst Douglas A. Birky reacted quickly enough when they prepared a report on possible prospects for budget cuts. It is not yet completely clear what amounts of savings are in question, but everyone is trying to minimize the impact of the country's defense capability with the ever-increasing influence of Russia and China. At first glance, the simplest seems to be the reduction of purchases of high-tech and, accordingly, expensive products of the F-35 type. Or replacing them with updated "oldies" such as F / A-18 Super Hornets Block III. But here it is much more important to maintain a delicate balance of the ratio of the cost of the product, the cost of its operation and its combat effectiveness. Not always inexpensive solutions such as Super Hornets will cost less in the future than cars of the fifth generation. And it's not even the cost of operation, but the cost of combat effectiveness. Deptul and Birki cite as an example the amazing statistics of the use of combat aviation during Desert Storm. On average, 41 aircraft, devoid of stealth technology, were required to destroy one target from the air. In this case, 20 F-117 stealth fighters hit 28 separate targets! Unobtrusive vehicles did not need additional cover, electronic warfare equipment, and as a result, in terms of combat effectiveness in dollar terms, they completely bypassed classical equipment. Based on this, analysts propose "smart" savings aimed at purchasing the most expensive and high-tech products. Perhaps, there will be no immediate benefit, but in the course of combat use, the costs will be repaid a hundredfold.

I must say, the Americans did not offer anything new. Back in the days of the Cold War, the super-expensive B-2 Spirit was developed according to a similar ideology, designed to break through the Soviet air defense at low costs. Without the stealth bomber, the Pentagon would have had to throw dozens of aircraft into battle, most of which would not have returned home. And here five or six vehicles, accompanied by tankers, quite budgetary "coped", according to Pentagon analysts, with the mission of strategic bombing of the Soviet Union. (Yes, the B-2 was never used for its intended purpose, which made it the most expensive and useless aircraft.) 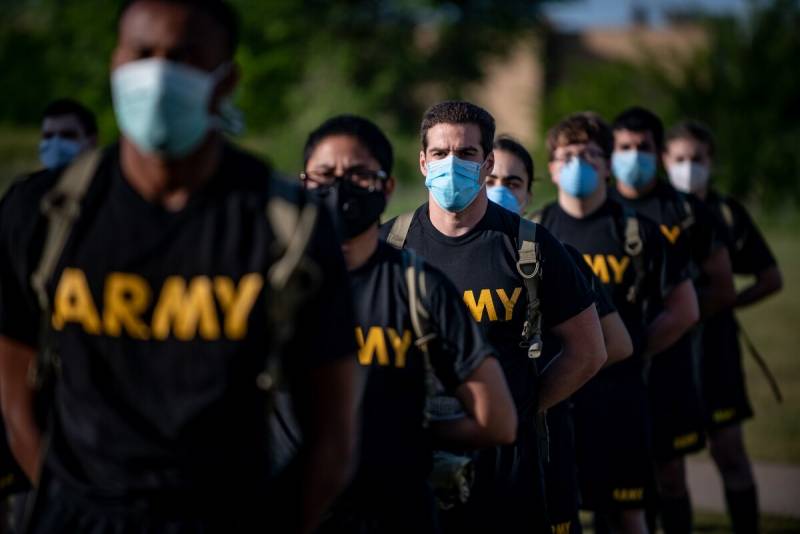 Source: defensenews.com
By the same logic, the researchers propose not to save on unmanned technologies, the development of which and adoption into service are very expensive. During potential military conflicts, drones will save the lives of pilots, whose training is much more expensive than training drone operators.

David Deptul and Douglas A. Birki propose to revise the existing paradigm for calculating military financing, based on the primitive addition of the cost of a product and the cost of its operation. Combat effectiveness should be added to this. The first shoots are already there: this year, the US Air Force refused to write off 17 B-1B bombers. Yes, the machines are expensive to maintain, but one such aircraft, under certain conditions, is capable of delivering as much or even more ammunition to targets than an entire aircraft carrier's wing. The authors of the study expressed regret that at the time the production lines of the B-2 and F-22 stealth were stopped, although the cost of their combat effectiveness was very high. The logic is a lot like buying an expensive electric car stuffed with modern electronics. Costs are initially very high, but savings in the absence of the need for fuel, oil and other maintenance will offset some of the start-up costs over time. And high-tech active safety and autopilot systems can seriously reduce the likelihood of an accident. Finally, the expensive passive safety of the car (many airbags, an energy-absorbing body, etc.) in the event of a real accident will reduce the cost of treatment or even save lives. The Pentagon is offered to save not overnight on the purchase of cheap products, but in the long term on the effect of the "cheap war".

There are a number of questions about the concept of smart spending. First, how do you explain to the President and Congressmen the complex multi-factor model of calculating defense spending? Let us recall the level of intelligence of Donald Trump with a quote from one of his Twitter passages regarding NASA's work plans:

They need to focus on much bigger things, including Mars (of which the Moon is a part), defense and science!
It will be even more difficult to explain the new model for calculating defense costs to potential Trump voters. Secondly, the US budget requires savings here and now, and not in the future. And, finally, thirdly, the arguments of Deptul and Birka implicitly imply that the United States will fight in the future, on a large scale and relatively inexpensively. This is the only way to explain the savings in the combat effectiveness of expensive equipment. Prospects, albeit indirect, of a future war at least of the level of "Desert Storm" will clearly not become a decisive trump card in front of any voter. It is much easier to view the US military budget as a means of demonstrating its power and superiority over others. What, in fact, the Pentagon has been doing in recent years.