Quantum computing for the defense industry 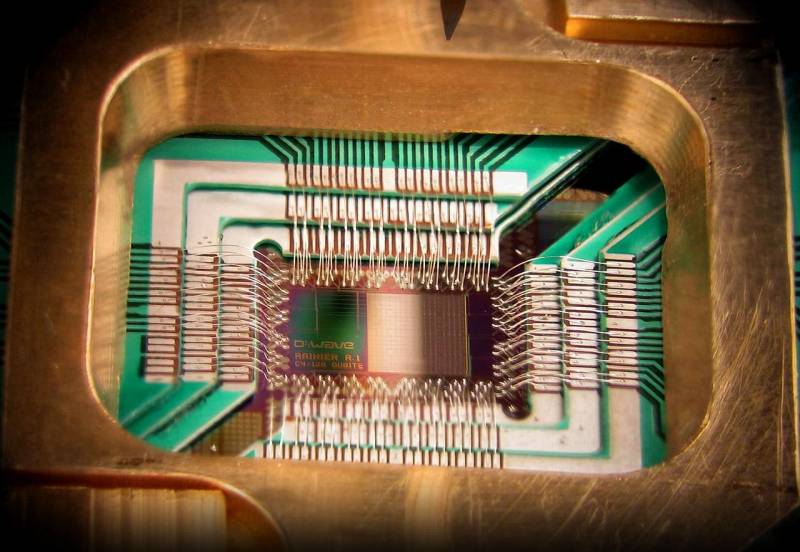 Scientific organizations from different countries are working on the creation of the so-called. quantum computers. Devices of a special architecture should show increased performance and simplify the solution of a number of tasks. It is quite natural that the military and defense industries are already interested in such technologies.

The first to appear on the market were quantum computers from the Canadian company D-Wave Systems. Since 2007, it has introduced a range of processors based on a different number of qubits with different capabilities. In this case, we are not talking about a full-fledged universal computer, but about a specialized system for solving specific problems. However, in this case, superiority over the systems of "classical" architecture was shown.

In 2011, a 128-qubit D-Wave One computer was introduced, capable of only discrete optimization. Soon there was a contract worth more than $ 10 million with Lockheed Martin for the supply of one machine and its subsequent maintenance. In its communications, the client organization indicated that the computer will be used to solve the most complex problems and problems in the field of software.

In 2013, Lockheed-Martin ordered a newer D-Wave Two computer with a 512-qubit processor. The next computer, Type Two, was sold to a group of organizations led by NASA for a joint project. The third contract with Lockheed Martin was signed in 2015 and provided for the supply of the D-Wave 2X product, which has 1152 qubits. Other customers include NASA and Los Alamos National Laboratory. At the beginning of 2017, sales of the D-Wave 2000Q computer (2048 qubits) started - they again became interested in NASA and related organizations. The Advantage system (5640 qubits) is entering the market this year.

In June, it became known that the USC-Lockheed Martin quantum computing center based on the USC Viterbi technical school will receive an Advantage computer in the near future. It is expected that the receipt of a more powerful machine will expand the capabilities of the center to conduct research and create practical systems. In addition, the new computer will be included in the Leap quantum cloud complex. 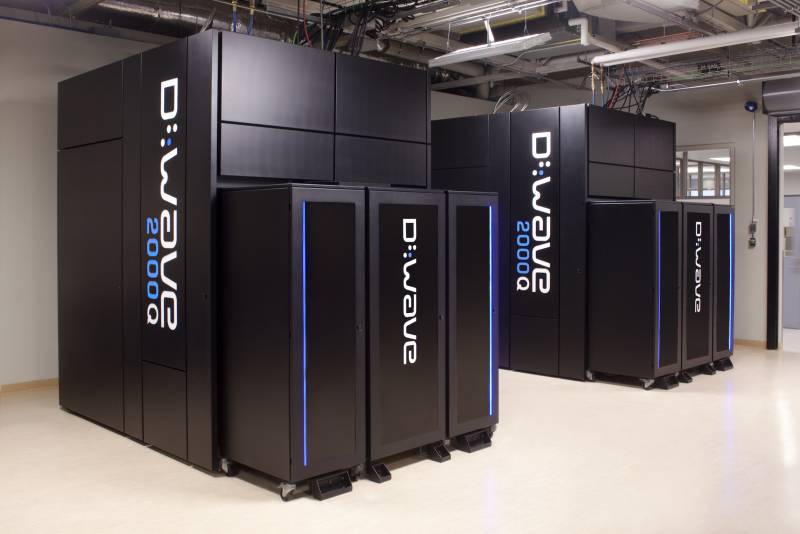 D-Wave 2000Q computer
Despite the criticism and limited capabilities, quantum computers from D-Wave Systems have been the subject of several contracts and have been used in various organizations for almost 10 years. The main customer for such equipment was Lockheed Martin, one of the largest organizations in the defense industry, operating in all major areas. Also, scientific and research organizations, incl. employed in the applied field.

The future from DARPA

In March of this year, the DARPA agency launched its quantum computer project. Within the framework of the ONISQ (Optimization with Noisy Intermediate-Scale Quantum) program, it is planned to work out general issues of creating new computers, and then create ready-made samples. Seven "teams" are involved in the work, in which scientific and design organizations participate.

The first stage of ONISQ will last a year and a half; within its framework, it is required to develop techniques and algorithms for solving combinatorial optimization problems. Then the second stage will begin, the purpose of which will be to improve the created products and programs. The results of the program can be applied both in the military and in the civilian sphere.

DARPA takes into account that creating a universal quantum computer is an extremely difficult task, and therefore, for now, they set more modest goals. In particular, it is allowed to create simulators of a quantum system based on a "regular" computer or to develop a hybrid architecture with a limited number of qubits.

In other countries, incl. in Russia, the development of quantum computing is still lagging behind. Simulators and prototypes with a small number of qubits are available and are in use, but commercial sales and mass adoption are still a long way off. However, the necessary measures are being taken, and the desired results will appear in the near future. 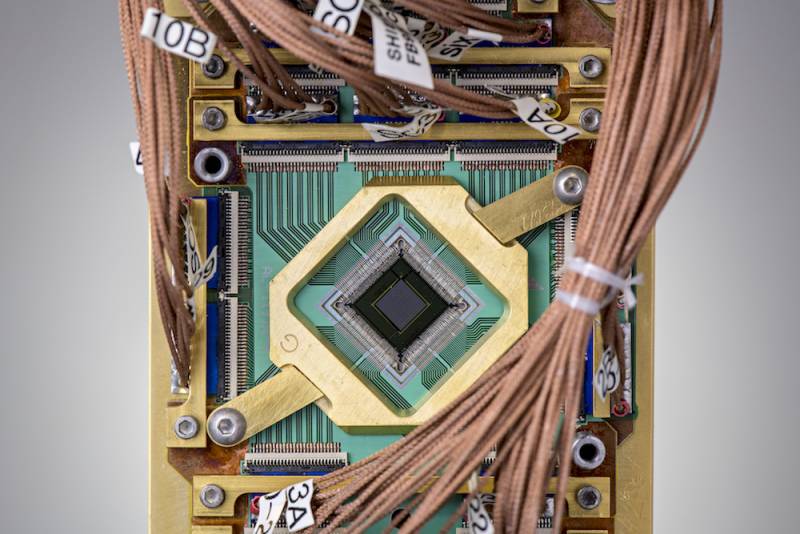 So, in 2018, the Russian Foundation for Advanced Study launched the "Optical Systems of Quantum Computing" project. As part of this work in 2018-2021. it was planned to create demonstrators of computers with 50 qubits based on neutral atoms and integrated optical circuits. The main executor of the project is Moscow State University, and a number of other organizations are also involved in the work.

The work has not yet been completed, but there are already plans to introduce new technologies. Quantum computing is one of the promising areas of the Digital Economy state program. Fundamentally new computers with increased performance will be used in various areas of industry and economics. In the future, it is proposed to create means of quantum encryption with increased stability.

The current project is of interest to various government and commercial organizations. Thus, the state corporation "Rosatom" and some large state and commercial organizations are interested in obtaining quantum computers. The possibility of their introduction in the defense industry is being discussed - but specific enterprises have not yet been named. Most likely, such issues will be resolved in the future, after the appearance of ready-made prototypes.

The main advantage of quantum computers over traditional systems is their increased performance. Thanks to this, a quantum machine can be used for faster calculations or for performing specific work in which the use of other means is impractical.

Lockheed Martin has been involved with quantum computing for several years. Detailed information about the progress of such works, their real tasks and the successes achieved were not disclosed. At the same time, general data on the goals and prospects of the direction have been published, which allows us to draw various conclusions. 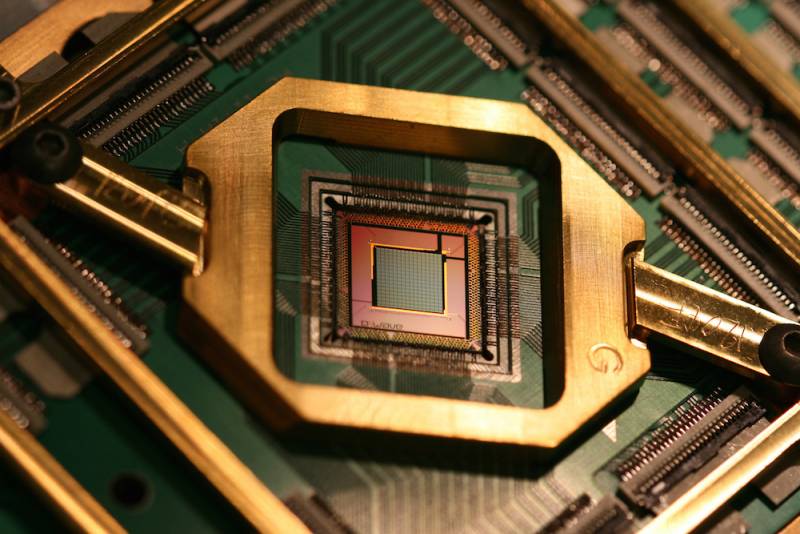 The company's official resources mention the use of computers from D-Wave Systems as a software verification tool. When writing software, certain errors are possible, the search and correction of which takes up a lot of the developer's time and resources. A high-speed quantum computer can test a program in the shortest possible time and identify any existing problems. In some cases, quantum computing is able to cope with tasks that are almost impossible for systems with other architectures.

Code review can be used in various fields. As an example, the development of software for aviation technology. The quantum computer will speed up the process of testing and improving programs, and a ready and safe aircraft will be released for testing. High-speed computers are also suitable for calculations in the space industry. Within a few milliseconds, D-Wave Two is able to calculate many trajectories of the ship and select the optimal one.

Lockheed Martin has only quantum systems with limited capabilities - computers from D-Wave solve only a narrow range of problems. In the future, the emergence of universal systems with wide areas of application is expected, and this will make it possible to more fully use the possible speed.

Fast processing of large amounts of data or performing complex calculations is required in various areas of the defense industry. The introduction of quantum computers will simplify software development, speed up the design of various structures, and also reduce the number of field tests required. High performance can be useful when creating systems with artificial intelligence for various purposes - this area is also of interest to military and defense enterprises.

In general, quantum computing, as well as general purpose or specialized computers, are of great interest and can find applications in various fields. The introduction of such systems, as expected, began with the defense sector and, most likely, it will be the leader in the development of newer technologies and designs. It is expected that the fundamentally new means of computing will seriously affect the industry and the military, but how quickly such results will appear and what changes will lead to it is not yet clear.

Ctrl Enter
Noticed oshЫbku Highlight text and press. Ctrl + Enter
We are
How much is F-35, or features of military pricingProjection of force
Military Reviewin Yandex News
Military Reviewin Google News
33 comments
Information
Dear reader, to leave comments on the publication, you must to register.