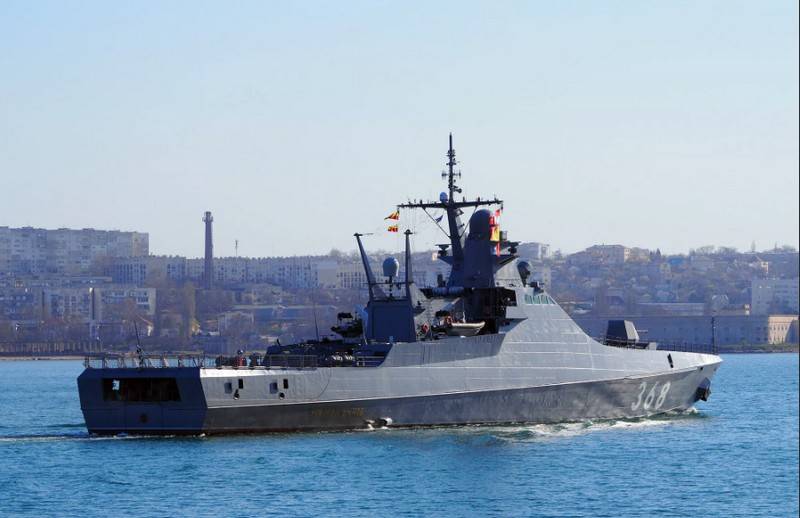 Black Sea Patrol Ship fleet "Vasily Bykov" project 22160 made an inter-fleet transition to the Northern Fleet for testing weapons. This was reported by the press service of the fleet.


According to the report, the ship passed through the internal water communications and the Belomorkanal system from the south of the country to the north and arrived at the Belomorsk naval base. The ship will take part in testing naval weapons systems. Soon, it will be joined by a small missile ship (MRK) of project 21631 "Green Dol" and MRK of project 22800 "Odintsovo".

The press service does not explain what kind of weapon the patrol ship of Project 22160 Vasily Bykov will test, because its standard armament includes: 57-mm artillery mount, anti-aircraft missile system and machine guns. Most likely, the ship will take part in testing new combat modules based on sea containers.

It was reported that testing of combat modules based on conventional 20- and 40-foot sea containers will take place at the Northern Fleet's sea ranges in mid-July this year. They should be completed by the end of this year. Based on the results of the tests, a decision will be made to install weapons systems and special equipment assembled inside conventional sea containers on various types of ships, the design of which provides for this.
Ctrl Enter
Noticed oshЫbku Highlight text and press. Ctrl + Enter
We are
The first 22800 missile system with the Pantsir-M naval air defense system is ready for testingThe second serial RTO "Odintsovo" of the 22800 project will strengthen the Baltic Fleet
Military Reviewin Yandex News
Military Reviewin Google News
42 comments
Information
Dear reader, to leave comments on the publication, you must to register.