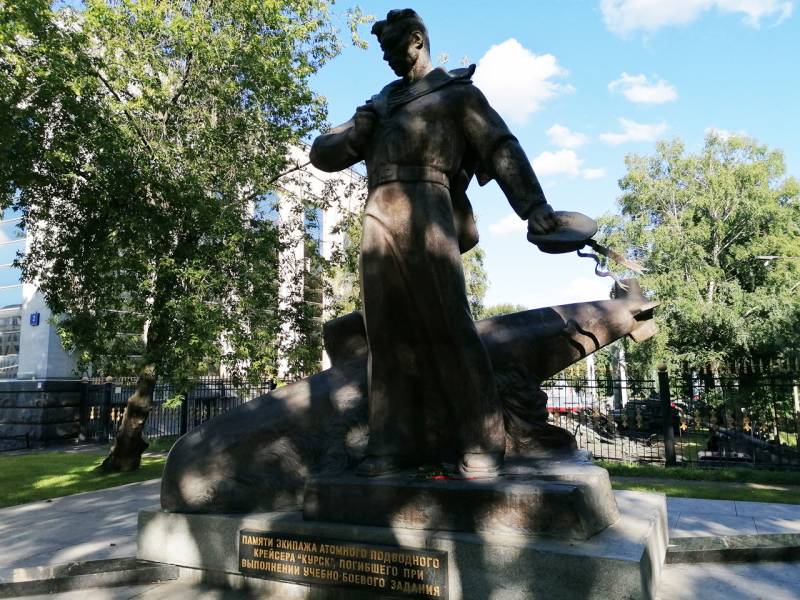 Memorial to the sailors who died on the nuclear submarine "Kursk"

The submarine K-141 "Kursk" was the pride of the underwater fleet Russia and was considered unsinkable. The tragedy that took place in the Barents Sea on 12 August 2000 proved the opposite. The explosions on board the submarine (and this is the official version) sent her to the bottom. Rescuers, who managed to enter the submarine only nine days later, found that none of the 118 crew members survived.

Despite the fact that 20 years have passed since the tragedy, the Russian and foreign media are actively discussing these events. Moreover, most Western publications blame the Russian authorities for what happened.

The German newspaper Berliner Zeitung writes that the tragic end of the Kursk submarine changed Russia.

Until now, no one knows who of the crew died immediately in the explosion of a torpedo, how many of them were victims of the fire, how many lives were taken by the explosion of other torpedoes. It is only known that in the ninth compartment, 23 crew members managed to isolate and survive, who were waiting for rescue at a depth of 104 meters. According to various sources, they remained alive from several hours to several days. The Berliner Zeitung claims that the last knocks from a submarine were recorded on 15 August.

The German newspaper mentions that the Russian command announced the disappearance of the submarine only 12 hours after the explosion, and the public received information about the catastrophe only two days later.

The Berliner Zeitung, commenting on the tragedy, writes that the death of the Kursk caused many questions in Russian society:

All of Russia wanted to know why the crew did not go out on their own, why a dozen attempts by Russian diving vehicles to dock to the Kursk's hatches failed, and why the country's leadership accepted British and Norwegian offers of assistance only four days later.
Then even theories were put forward that the catastrophe was caused by external reasons. Some wrote about a missile allegedly fired from one of the Russian warships that participated in the exercises, which ended up in the Kursk. Others reported a collision with a British sub.

The fact that help came too late, Western sources blame the military command of the Russian Federation and Putin personally. They consider it an unforgivable mistake that the Norwegian rescuers were connected too late. The Berliner Zeitung emphasizes that Putin decided to return from a vacation in Sochi only on the sixth day after the explosion on the submarine. German journalists believe that the Russian president was more worried about the reputation of the fleet than about the lives of the sailors. Radio Free Europe, which is also not distinguished by any special reverence for the Russian authorities, claims that then he did not know what to do and was "paralyzed by fear." 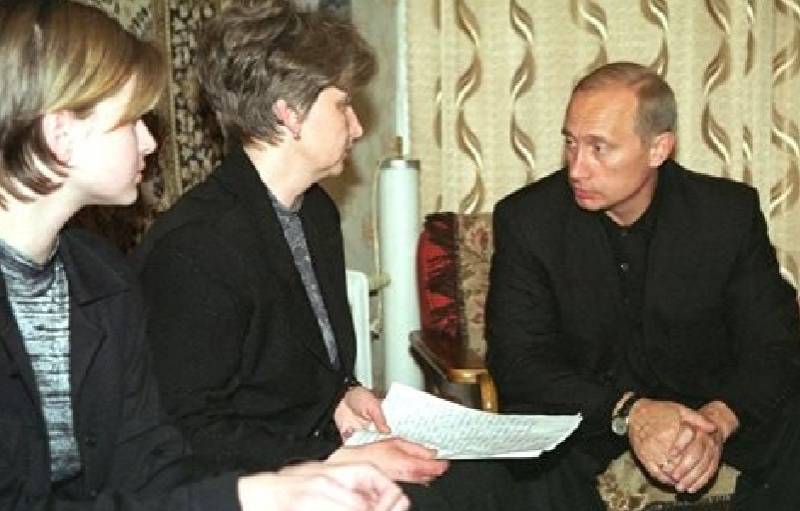 Radio Liberty stated that the "liquidation of democracy" in Russia began with the Kursk disaster. At the same time, the Berliner Zeitung recalls the words of the military expert Viktor Litovkin, who has the opposite point of view and believes that the death of the submarine served as an impetus for reforming the Armed Forces of the Russian Federation, showing the deplorable state of the military fleet.

His government has launched a major program to revitalize Russia's Armed Forces, increasing defense spending.
At the same time, the Western radio station claims that today in the Russian Federation they are trying not to focus too much on the tragedy that happened 20 years ago, making the events in honor of the 20th anniversary of the Kursk modest and unobtrusive.

Ctrl Enter
Noticed a mistake Highlight text and press. Ctrl + Enter
We are
Reports from the militia of New Russia for 27-28 September 2014 of the yearDecember 2010 years. Russian March. Senseless and merciless? Notes not a Russian person
49 comments
Information
Dear reader, to leave comments on the publication, you must to register.