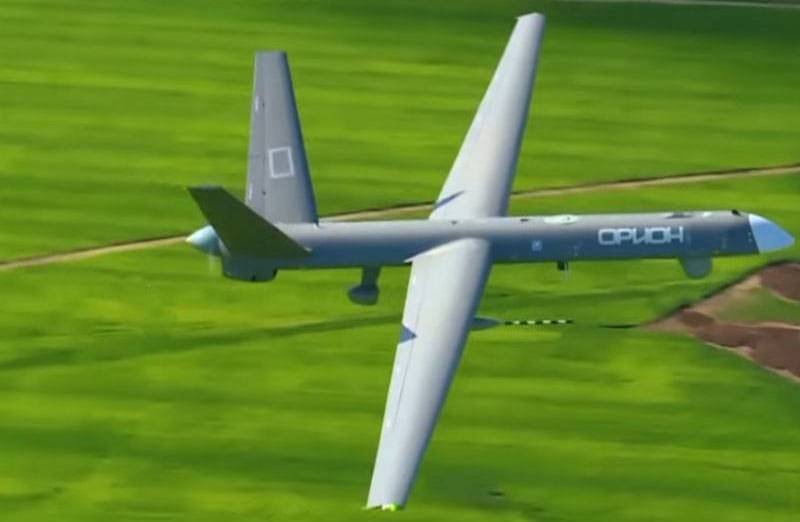 
According to the general, the Russian army is currently armed with short-range, short-range and medium-range unmanned aerial vehicles. From next year, long-range strike reconnaissance drones will begin to enter the troops, they have already been tested, including in Syria, confirming the ability to hit targets with high-precision ammunition.

Next year, the troops will begin to receive multipurpose long-range and long-range unmanned aerial vehicles capable of not only conducting aerial reconnaissance, but also hitting enemy targets with high-precision ammunition in strategic depth.
- said Dronov, without specifying which drones will go into service with the Russian Aerospace Forces.

The deputy commander-in-chief explained that drones are used to solve a wide range of tasks, including reconnaissance, strike, transportation, etc., as well as to solve problems where the use of a manned aviation limited and ineffective.

For our part, we note that in an interview with the deputy head of the Aerospace Forces, it is unlikely that the supply of the S-70 Okhotnik heavy attack drone, since it has just recently begun a test cycle, as well as the Altius medium drone, which is also being tested, is hardly discussed. Most likely, the Orion unmanned complex is being prepared for delivery. This medium-altitude drone is capable of carrying up to 4 missiles and performing reconnaissance functions. In 2019, Orion was tested in Syria, after which it was sent to the Russian Aerospace Forces for experimental combat operation.

The long-duration UAV Orion was created by the Kronstadt company within the framework of the Inokhodets development project under a contract with the Ministry of Defense. It is assumed that it will be supplied to the troops in two versions: reconnaissance and shock.
Ctrl Enter
Noticed oshЫbku Highlight text and press. Ctrl + Enter
We are
NATO will spend 3 billion euros on the program Global HawkIn Zhukovsky, in even years ...
Military Reviewin Yandex News
Military Reviewin Google News
50 comments
Information
Dear reader, to leave comments on the publication, you must to register.