Twentieth anniversary of the tragic death of the Kursk 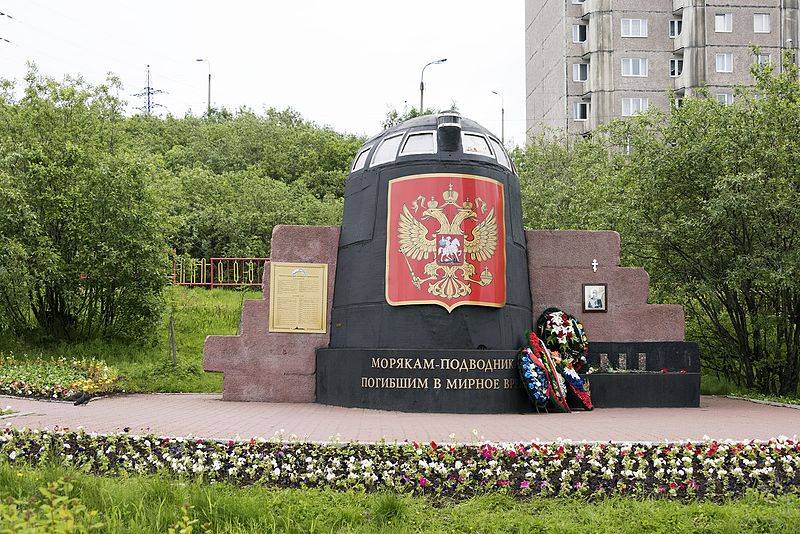 20 years ago, one of the largest disasters occurred in stories Russian fleet... On August 12, 2000, the nuclear-powered submarine Kursk sank in the Barents Sea after an explosion on board. The entire crew, 118 people, died.

The tragedy of the nuclear-powered submarine rocked the entire country. Prior to that, there were other serious accidents on nuclear submarines, but they had obvious reasons. Here the ship died on its shores, literally in front of the whole of Russia. It was hoped that at least part of the heroic crew would be saved. The terrible death of all submariners was a powerful psychological blow to the Russian state. A national tragedy.

The collapse of the Soviet state

The death of the Kursk is the result of the death of the Soviet Union and the Soviet armed forces. It all started back in October 1986. A ballistic missile explosion occurred in the mine of the strategic missile cruiser K-219. The crew managed to evacuate, the ship sank. 4 people died on the submarine, later from the crew members who survived the disaster, four more people died. The reason is "negligence": there was a serious malfunction on the submarine, but it was still sent on a campaign. The next tragedy was the death of the nuclear-powered submarine K-278 Komsomolets in the Norwegian Sea in April 1989. Then 42 people died. The submarine sank in a fire. The causes of the accident were also associated with the negligence of the command responsible for the combat training of sailors. Its "simplification" reduced the quality of crew training and, as a result, increased the accident rate and injury rate. The submarine went on a campaign with faulty equipment (gas analyzers).

In August 2000, the K-141 Kursk nuclear submarine was destroyed. Personnel training has not improved since the "perestroika"; rather, on the contrary. A powerful and highly developed civilization in the field of science and technology perished. The economy that provided 20% of world GDP. A great power that was the first in space, which was among the leaders in heavy engineering, machine tool building and robotics. One of the main signs of military, industrial and technological might is the fleet, submarine and nuclear in the first place. Few powers can afford such a fleet. There is no scientific, educational, personnel, technological and industrial base - there is no such fleet either.

In the late 1980s and 1990s, we lost the status of a military, scientific and technological enlightened superpower. We were thrown back into the past, to the level of a raw semi-colonial appendage of the West and the East. Accordingly, the Russian Federation should not have had such an attribute of a great power as a nuclear submarine fleet. "Komsomolets" and "Kursk" are a kind of symbols of the destruction of a highly developed Soviet civilization.

The degradation of the armed forces, collapse, chaos and material difficulties during the years of Gorbachev's perestroika and Yeltsin's reforms reached a catastrophic level by 2000. Funding for the army and navy was at its lowest, combat training dropped to zero. In particular, due to the lack of fuel and lubricants. The officers committed suicide out of complete hopelessness, despair and lack of money. Families collapsed. Someone went into businessmen and criminals.

When the government was headed by Vladimir Putin, officers began to receive their salaries on time. However, destructive inertia still prevailed. Army and navy were struck by the "show". Moscow decided to show that Russia is restoring the presence of its fleet in the oceans. In 1999, the K-141 took part in a cruise to the Atlantic Ocean and the Mediterranean Sea. In 2000, a march to the Mediterranean was planned as part of the aircraft carrier group of the Northern Fleet.

According to the official version, the explosion in torpedo tube No. 4 of the 65-76A hydrogen peroxide torpedo became the cause of the submarine's death. The torpedo was produced in 1990, its term expired in 2000. It is a torpedo, extremely difficult to operate and relatively dangerous to store. The Kursk's naval crew never fired such a torpedo. Two BCH-3 torpedo sailors, including the squad leader, were included in the ship's crew on the eve of going to sea. They did not complete the full training course. That is, the chiefs did not prepare the crew for firing the most complex torpedo. The ship could not have been assigned such a task. In addition, the "Kursk" was to test the USET-80 guided homing electric torpedo of 533 mm caliber. Sheer window dressing: someone wanted to show off at the exercises, to complete two difficult tasks at once. In the conditions of personnel shortage in the fleet, shortcomings in combat training. Plus technical omissions. The result is a disaster.

The death of the Kursk is the result of shortcomings in combat training, mistakes and eyewash of the high command of the fleet. In fact, saving the admirals from prosecution was a political decision. “What a sin to conceal: we know what state the armed forces were in then. Frankly speaking, there is nothing surprising. But the tragedy is colossal, so many people have died, "said Russian President V. V. Putin in A. Kondrashov's film" Putin "many years after the death of K-141.

The criminal case on the death of the Kursk was closed in 2002. It was closed without finally determining what caused the torpedo explosion on board the nuclear submarine. Therefore, there are several unofficial versions of the catastrophe, which have many supporters and are based on facts that do not fit into the official version. In particular, this is a collision with an underwater object (probably a collision with a foreign submarine); torpedoing by an American submarine; torpedoing with a training torpedo, which was launched by the Kursk itself, etc. The truth could cause serious political complications, and it was hidden from the public.

It should be noted that the service of submariners is heavier and more dangerous than that of astronauts in orbit. And the lessons of the Kursk have not yet been fully learned. Russia still maintains a raw material model of the economy (in fact, colonial). Lives off the sale of resources for next to nothing. Advanced industries (machine tools, robotics, mechanical engineering, electronics, etc.) are in decline, there is a technological dependence on the West and East. True, much has been done to develop rescue marine technology. But the fleet has only one ocean-class rescue ship "Dolphin" - "Igor Belousov", and such ships should be in all fleets.