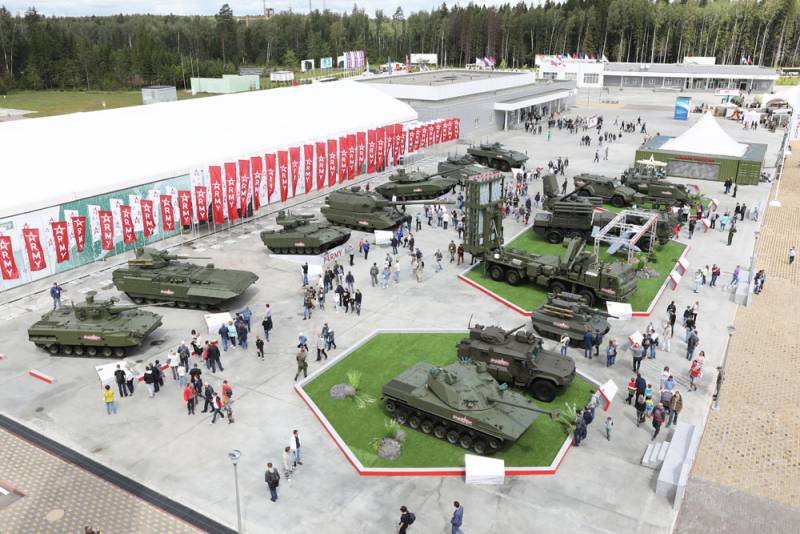 Perspective samples in the "Army-2019" exposition

On August 23, the international military-technical forum "Army-2020" will start in the Patriot Park near Moscow and its branches throughout the country. Once again, it will become a platform for the demonstration of the most modern domestic samples for various purposes. The forum will be attended by one and a half thousand different organizations, which will show more than 28 thousand different products. Some of them are already known to experts and the public, and some will be exhibited for the first time.

An important place in the upcoming exposition is occupied by modern and promising images of weapons and equipment, already familiar to specialists and amateurs. It is expected that some of them will again attract increased attention of visitors and become the "highlight of the program".

The open area of ​​the exhibition will show promising armored vehicles on the platforms "Armata", "Kurganets-25" and "Boomerang". This is about tank, several infantry fighting vehicles and armored personnel carriers with different equipment. Most likely, they will show the already known models of equipment that were previously present at the previous "Armies" and at parades. 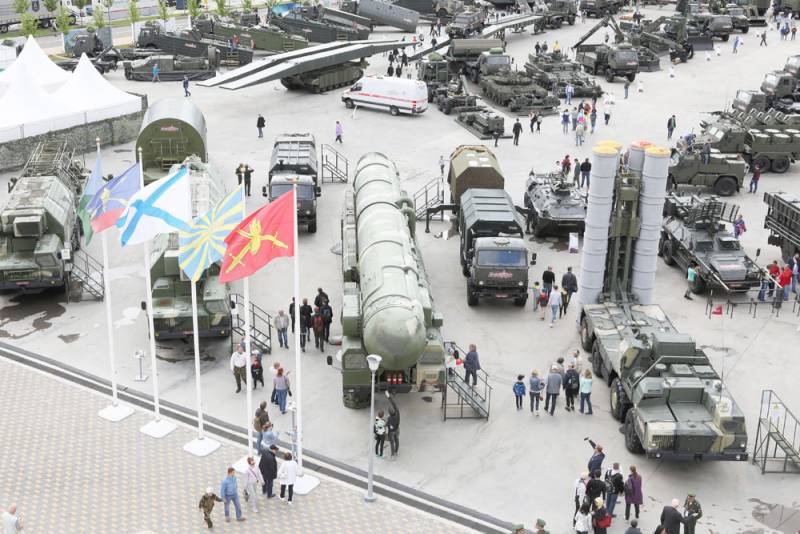 This year, PGRK will be supplemented with support equipment
An important place will be occupied by the modernized T-90M and T-80BVM tanks, which have already been shown at exhibitions and parades. This time, the improved equipment acts as serial samples entering service with combat units. Other upgraded models, such as the BTR-82AT, have not yet received this status.

The artillery systems previously shown to the public will be displayed again. These are self-propelled guns "Coalition-SV", anti-aircraft gun "Derivation-PVO" and other samples that are at the testing stage. New types of anti-aircraft missile systems, such as the Buk-M3 or the S-350 Vityaz, will also be shown.

At other sites of the forum, modern and promising examples of small arms weapons, equipment, military electronics. Within two separate clusters, aviation equipment, incl. unmanned, and development for the naval fleet... For example, more than 70 aircraft and helicopters of various types will be placed in the parking lot in the aviation cluster. Shipbuilders prepare models and materials for well-known and promising projects. 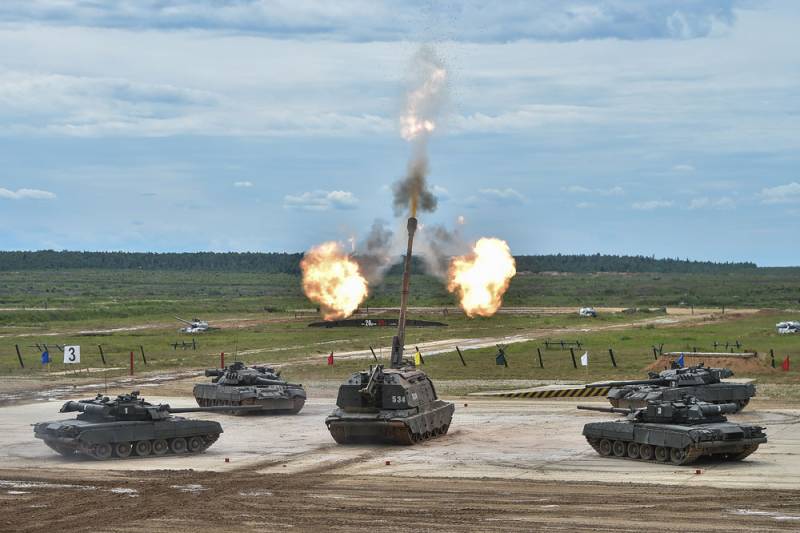 Dynamic demonstrations of weapons and equipment are planned within the framework of the forum. They will mainly involve already known ones, incl. serial samples. The demonstration races of the "Armat" or the firing of the "Coalition-SV" have not yet been reported.

At "Army-2020" will pay attention and historical samples. An exhibition dedicated to the centenary of Russian tank building has been announced. In this exposition, in chronological order, more than two dozen armored vehicles will be presented, showing the development of the direction.

Almost from the beginning of the year, defense industry enterprises began to disclose their plans for the future forum. Announcements appeared regularly, according to which both modernized and completely new samples were to appear at Army-2020. 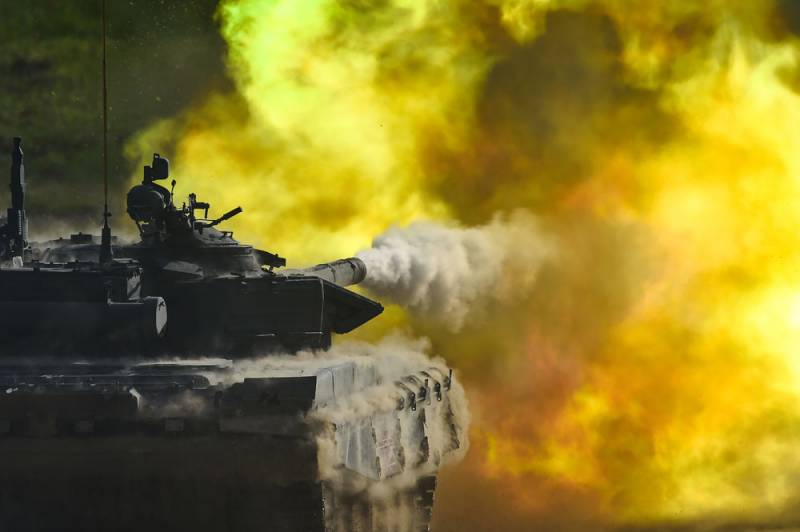 So, back in February it became known what new items will be shown by the strategic missile forces. A mobile ground missile system of the Topol family and several new support units will be delivered to the site. These will be a mobile command post, a work control vehicle and a security and defense vehicle, recently created as part of the Tekhnologiya-RV development work.

The Remdizel enterprise will show two options for deep modernization of serial multipurpose conveyors. The MGTT-LB and MGSH-LBU vehicles were created at the request of the Ministry of Defense on the basis of the old MT-LB tractor. Replacing part of the units made it possible to improve the basic characteristics of mobility, protection, ergonomics, interaction, etc. Experienced transporters of new types are now being tested - and will take part in the exhibition during the break between inspections. 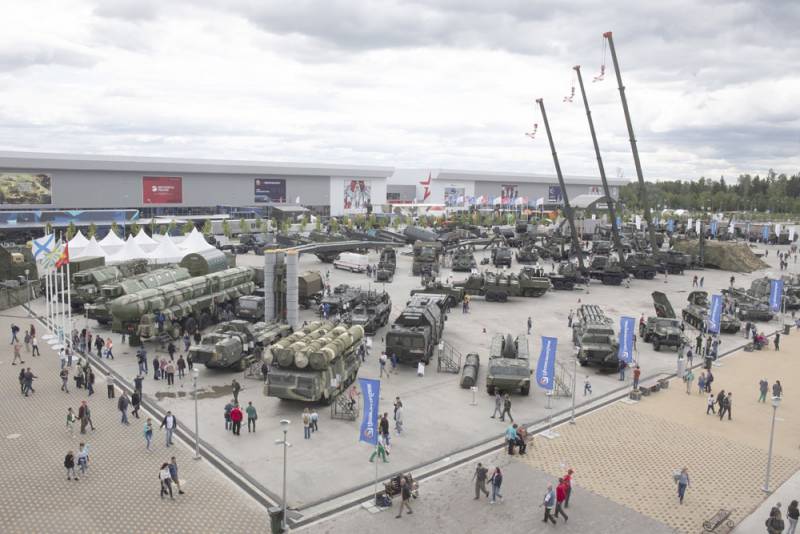 Several weeks ago, the Military Industrial Company announced the creation of a new light armored vehicle, Strela. Within the framework of "Army-2020" this car will be shown to the public for the first time, probably while in a static display. Probably, in the future, the armored car will be demonstrated in dynamics, incl. showing its aeromobile capabilities.

At the forum, attention will be paid to communication and control facilities of different levels, new samples will be announced. Thus, the first open presentation of the Planchet-A artillery fire control complex, developed by the Signal VNII (part of the High-Precision Complexes holding), ordered by the Ministry of Defense is expected. The complex is designed to control the deployment and fire of mortar, cannon or rocket artillery. It took about a year to create it; to date, the complex has passed state tests, which resulted in the first supply contract.

From the point of view of the composition of the exposition, the upcoming "Army-2020" is similar to the previous forums. In the pavilions and open areas, both in the "Patriot" and in its branches, already known and completely new samples of various kinds will be demonstrated. Experienced and serial products can be seen in one place and at the same time. 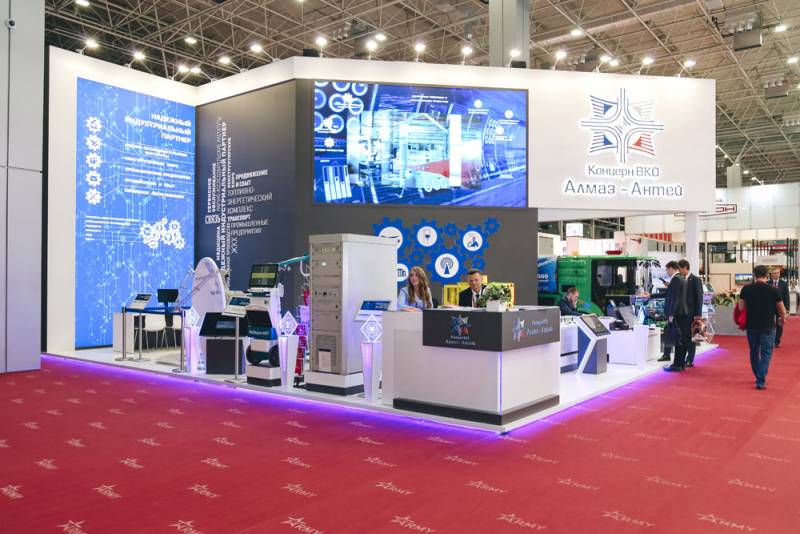 The first show of a number of promising developments in all major areas was announced. It is noteworthy that the existence of some of them was announced only a few weeks ago - and are already being shown to the public. At the same time, this year there will be no high-profile and long-awaited premieres at the exhibition, as was the case several years ago with "Armata" or "Coalition".

However, the proposed composition of the exposition is of great interest to both the general public and potential customers. The Russian industry presents its developments in all areas, and in addition, stands are being prepared for a number of foreign enterprises.

"Army" against the virus

Preparations for Army 2020 are taking place against the backdrop of the fight against coronavirus infection. A few weeks ago, the Russian Defense Ministry reported that invitations to the forum had been sent to more than 130 countries around the world. However, due to known restrictions, at that time less than 40 military departments accepted the invitation. The situation has probably changed for the better by now - but the infection continues to negatively affect defense and security issues. 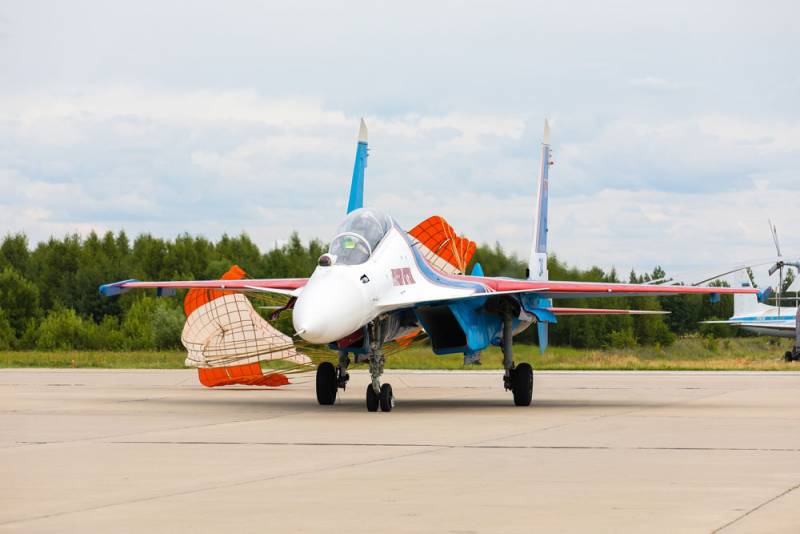 In response to current viral challenges, the organizers have to take special measures. Thanks to them, the forum will become the first major event in its field since the start of the pandemic. For the first time in several months, Russian and foreign developers and manufacturers will be able to show their products - and confirm their readiness to continue working even in the most difficult situations.

On the eve of the opening

Despite all the difficulties and limitations, the international forum "Army-2020" must cope with the task of demonstrating current technologies and products. On it, new contracts should be signed for one or another product, and potential buyers will be able to familiarize themselves with future items of orders.

The International Military-Technical Forum "Army-2020" opens on August 23 and will receive only official delegations in the first days. For all comers, the exhibition will be open from 27 to 29 August. Many events are planned in the forum program, as a result of which a lot of important News.