An icebreaker will appear in the Baltic 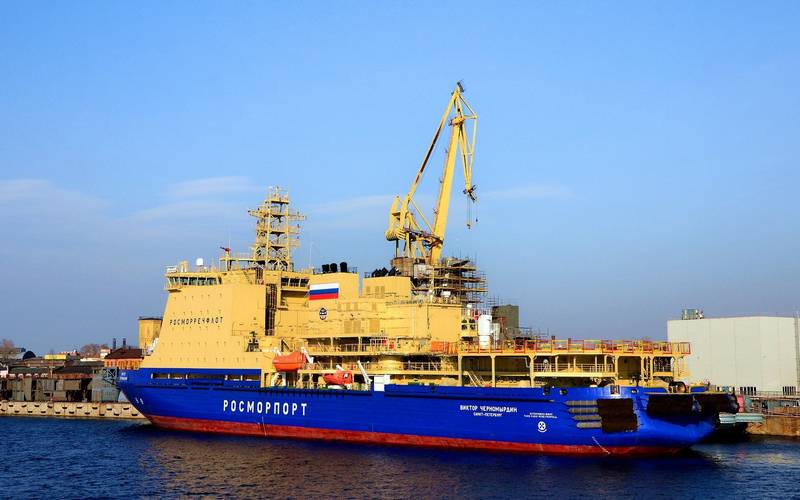 The most powerful diesel-electric icebreaker in the world "Viktor Chernomyrdin" will be delivered to the customer no later than November 1, 2020 and will operate in the Baltic. Writes about it "Kommersant" with reference to sources in the USC.


As the newspaper writes, the new date for the delivery of the diesel-electric icebreaker Viktor Chernomyrdin is November 1, 2020. However, it is noted that the terms are taken "with a margin", the transfer of the icebreaker will take place in September this year. At the same time, it is stated that the icebreaker, built for work on the Northern Sea Route, will be operated in the Baltic Sea, it is possible that it will participate in expeditions.

According to USC sources, the icebreaker will be delivered without ice tests, since they need ice with certain characteristics, which happens in April-May, and it will take too long to wait for the onset of spring. If any shortcomings are subsequently identified, the shipyard will correct them within the framework of the current warranty.

At the end of December last year, it was reported that the Viktor Chernomyrdin icebreaker was technically ready, the crew was formed, the ship passed all the necessary mooring and sea trials, however, the transfer to the customer was postponed again due to inconsistency of financial and legal issues with the customer.

Ctrl Enter
Noticed oshЫbku Highlight text and press. Ctrl + Enter
We are
Reports from the militia of New Russia for 27-28 September 2014 of the yearLaid the keel of the first Soviet-era icebreaker with a capacity of 25 megawatts
51 comment
Information
Dear reader, to leave comments on the publication, you must to register.