Lukashenka played the favorite of the people 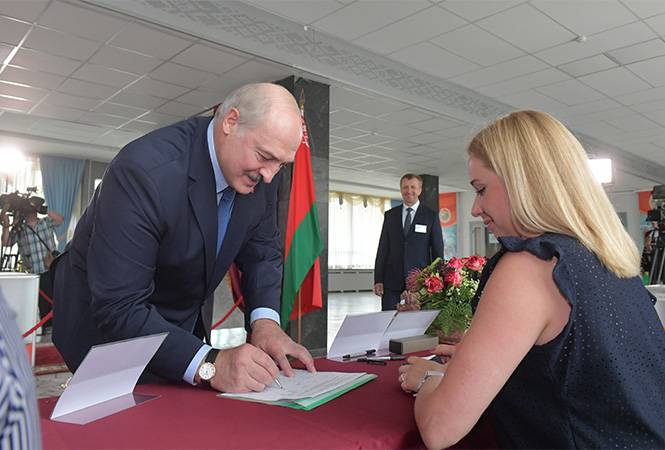 In Belarus, what happened was what should have happened. Lukashenka's predicted victory sparked predictable protests in the capital and other cities. The people took to the streets according to the plan, which was announced by the opposition even before the elections. The people came out to meet the security forces, who perfectly knew all the plans of the opposing side.


The filth that Lukashenko poured on Russia after the arrest of our “thirty-three heroes” has not gone anywhere. People remain in the dungeons of the KGB. The Belarusian president did not apologize to the Russian people. Relations in the "union state" remain tense. The people in Russia are at a loss. The victory of the incumbent president has been officially announced. However, judging by what the media report and bloggers post on the Internet, there are tens of thousands of Lukashenka's opponents on the streets and no supporters at all.

The attempts of the Belarusian president to play a friend of Russia, while “kissing” the Ukrainian president, look very disgusting. And the interview with Gordon? I do not know about you, but I took it as a spit into our good relations. And what Alexander Grigorievich said there very often caused a gag reflex. I wonder when it was Russia, that is, you and I, borrowed so much from Belarus that we owe it all the time? Why is Lukashenka talking to us like a bazaar trader?

Today it suddenly became noticeable in what confusion some experts, political scientists, politicians and journalists are today. A good half of which, probably, will not be able to directly answer a simple question about whom they support today. But what happened was bound to happen. This was evident in the actions of the Belarusian president himself, in his statements before the elections, in the tone that he used when it was enough just to call the Russian president.

The fate of Lukashenka himself, which the opposition has prepared for him, has long been announced by the politicians of the Baltic countries. In an effort to show everyone their own importance in the EU and NATO, they often "leak" confidential information from the lobbies of the European Union or alliance. True, it should be admitted that they themselves are often used to "drain" misinformation to us. This is the fate of all US hangers-on.

What did the President of Belarus do that shocked Russians, oppositionists in Belarus, specialists and political scientists? What was the basis of such a shameless attitude of Lukashenka towards Russia?

In my opinion, the Belarusian president risked good relations with Russia for the sake of extra percent of the vote. It's no secret that most of the opposition in Belarus opposes the rapprochement of our states and the creation of a full-fledged union state. And Alexander Grigorievich himself is not eager to lose practically dictatorial power in the republic. Hence the deliberately swinish attitude towards Russian citizens and towards the union treaty.

The president seemed to be making a deliberate break with Russia. The detention of the "Wagnerians", an interview with Gordon, an annual performance ... Almost all actions spoke of this. And they believed it! We believed, the opposition of Belarus believed, even the Ukrainians, who participated in organizing the provocation with the "Wagnerites", believed.

By the way, the version that all this история developed and carried out exclusively by the SBU, does not stand up to criticism. The Belarusian KGB is staffed with very well-trained personnel. Moreover, the KGB has well-established ties with both the Russian FSB and the Ukrainian SBU. Hence the operation of the SBU in Belarus is simply impossible without the participation of the KGB.

What happened next? The operation to split the opposition did not bring the desired result. However, the result was still partially achieved. And Alexander Grigorievich turned around completely. Remember his words after a conversation with Putin:

“As for the prospects, if someone expects that our relations with Russia have completely deteriorated, they are mistaken. The Russian President and I will make a decision, and no media, Wagners and others will be able to influence this. "
All? Is the conflict over? If so, why are the aforementioned Wagners still in the KGB? Why are Russian journalists not getting accreditation in Belarus? Why does no one remove from us the accusations of undermining the stability of the republic even now, when it became clear that the Russians had nothing to do with it? Why is the Belarusian president “scolding” the “maydanuts” from Ukraine at the same time?

Personally, I understand the president's desire to maintain good relations with Russia. We are a fine cash cow. Especially in the military sphere. Under the wing of the Russian eagle, one can be independent from the West and not be afraid of NATO. And constant cash infusions from the East are not superfluous for impoverished Belarus. And we all tolerate Lukashenka's outbursts only because, geopolitically, we really need this republic.

Today it is already clear that Minsk expects a Ukrainian scenario. In any case, it is planned. Tactical operations aside, the situation is very simple. They force Lukashenka to resign from the presidency. Then a puppet regime is established and the alliance agreement with Russia is broken. After that, the territory is opened for the deployment of NATO forces there. Moreover, it is not at all necessary for Belarus to join the EU or NATO. The option of Ukraine is enough.

The second day of protests provided an answer to the most burning question: are opposition protests spontaneous? Alas, the protest is well prepared. The Interior Ministry has already announced "Molotov cocktails" and spikes for piercing tires. It is already known that the Belarusian "Maidan" will use a slightly different technology of protest than the Ukrainian one.

President Lukashenko has shown that it will not work to “smear” him with the help of force and appeals to international law. Even deception at the highest international level, as it was in Kiev, will not work in Minsk. And the order to use special means is not a problem for him.

By the way, for some reason the “revolutionaries” of Belarus have forgotten the Belarusian laws. And the responsibility for unlawful actions in Belarus is much more serious than in Russia, for example. And judging by the fact that just this night the special services have identified and arrested almost 3000 protesters, the identification system is working perfectly. And for a "Molotov cocktail" you can get 10-15 years without problems.

The protests are unambiguously coordinated from abroad. Poland is the main reference point. This is where the provocative videos come from. If you look at the icon found on most videos, you will see the name NEXTA. This channel is hosted by former Belarusian blogger Stepan Putilo in Poland.

From there, phone calls and Internet calls are made. Lukashenka names several more countries from which instructions to the protesters come. Again, by the way, the KGB shut down the main Internet channels in a very timely manner. It was not possible to do this completely, but what was done made it much more difficult to control the crowd.

Above, I mentioned other Maidan technologies. The variant that was used in Kiev is impossible in Minsk. First, the special services are acting quite tough and do not intend to retreat. There are simply no options for confrontation in the capital. What happened in Kiev, I mean going over to the side of the rebels, is impossible here. And the equipment of the Ministry of Internal Affairs is excellent.

Secondly, the authorities perfectly understand what the protesters want. Moreover, it is also clear that it is impossible to defend the legitimacy of the elections in the absence of observers from Russia. For me personally, it is clear that the elections are really dubious. 80 versus 10 - clearly not the numbers that should be. Consequently, the opposition will always find those who will support it.

In Belarus, the technology of the "scattered Maidan" is used. Some of the protesters are involved in Minsk, but the main events will take place on the periphery. For Belarus, the capital factor is much less important than, for example, for Russia or for Ukraine. Let me remind you that the population of the country is only about 10 million people. The population of Minsk is about 2 million people.

If you look at the prospect of protests in Belarus, it becomes clear: it will not be possible to deploy a full-scale "Maidan" there. The protests will last a maximum of a week. On August 14, the CEC will announce slightly corrected voting results, and in a day or two the country will calm down.

But in the relations between Russia and Belarus, a very serious crack has been outlined. There was a real danger of terminating the union treaty. We have already become, as President Lukashenko told us, partners, not brothers. And the attitude of ordinary people in Russia towards the Belarusian president has not changed for the better.

How the president and the government of Russia will react to such an attitude towards "allies and brothers", I do not know. However, in my opinion, Lukashenka is no longer interested in the red line. But there is an old truth: the one who betrays once will betray the second. I think it is from this postulate that we must proceed in the future. 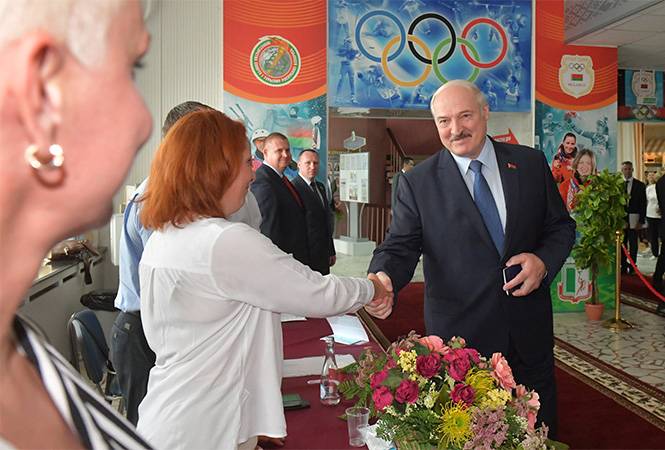 Ctrl Enter
Noticed oshЫbku Highlight text and press. Ctrl + Enter
We are
Results of the week. "God forbid to see Russian revolt, senseless and merciless!"Syria: Americans scare themselves, and Asma Asad buys chairs
163 comments
Information
Dear reader, to leave comments on the publication, you must to register.