The first commanders of the Red Army. Who, where and how taught them military science 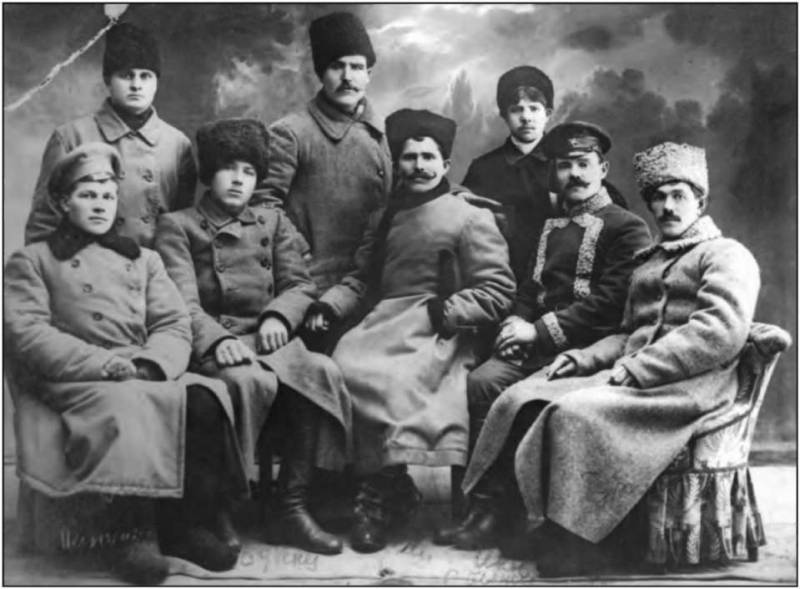 The official time of birth of the Workers 'and Peasants' Red Army is the beginning of 1918. However, the armed forces are not only hundreds of thousands or even millions of people rushing into battle, but those who can competently and skillfully exercise leadership of this human mass. That is, the command staff. And with him, the young Soviet regime was, frankly, say, badly. Nevertheless, this problem was solved, and in a fairly short time.


It is worth noting that, as they were then called, "paints", appeared on the fronts of the Civil at the beginning of 1919. Before that, all the "soldiers of the revolution" were, as it were, equal. Various categories of Red Army soldiers were officially enshrined in a special order for the Red Army in 1920. But someone was all this time at the head of the revolutionary detachments, which had grown to the size of full-fledged regiments, divisions and even armies? Sure. These were talented nuggets who had emerged from the ranks of the soldiers and non-commissioned officers of the "old" army. Semyon Budyonny, Vasily Chapaev, Georgy Zhukov are the first surnames that come to mind when it comes to such tsarist "non-commissioned officers" who made the Red Army truly invincible and legendary, and there were many of them.

Nevertheless, such heroes for the entire revolutionary army (which the same Lenin saw as three million already in 1918) was not to be missed. The situation was not saved by the mobilization of the “old cadres,” who were evasively called “military experts,” that is, officers and even generals of the Russian Imperial Army. According to the data available today, in the course of several "waves" of this mobilization, about 1918 thousand people, who not so long ago wore gold shoulder straps, were drafted into the ranks of the Red Army from June 1920 to August 50. However, it would be fundamentally wrong to assert that the "military experts" played a major role in its leadership. Rather, their contribution was different.

Already in 1918, the construction of its own system of military educational institutions began in Soviet Russia. Their number grew rapidly: from 40 in November 1918 to 65 in December. By the beginning of the next year, military science within the walls of the new "forge of personnel" for the Red Army had already comprehended about 20 thousand people. What were these institutions and who taught them? At that time, short-term and accelerated courses were the main form of training and advanced training for the "painters". The next, more thorough step was considered the Higher Military Schools for command personnel: artillery, military camouflage, military chemical, staff service, military pedagogical and others.

Perhaps the most famous is the Higher Shooting and Tactical School of Command "Shot", formed by the order of the Revolutionary Military Council of the Republic of November 21, 1918 (that is, one of the first). It arose, of course, not from scratch, but became the legal successor of the Officer Rifle School in Oranienbaum. However, almost all institutions of this kind (schools and courses) were "reformatted" after the revolution educational institutions or units of the Russian Imperial Army.

Yes, and they were again led by yesterday's "gold-chasers", and, as a rule, in considerable ranks. The same "Shot" was created by the efforts of Lieutenant General Nikolai Filatov, one of the leading figures of the Russian arms and small arms business. Moreover, after graduating from Civil tactics, for example, the famous Yakov Slashchev, one of the brightest generals of the White movement, who fought the Reds right up to the Crimea, taught there.

The Higher Academic Courses for the command staff of the Red Army, created in 1921, stood somewhat apart in the series of higher schools. Through them passed the absolute majority of the highest ranks of the Red Army, and not only "self-nominated" from the soldier's and non-commissioned officers' environment, but even quite cadre tsarist campaigners up to colonels. The following fact eloquently testifies to the quality of the training there: during the Great Patriotic War, 15 cadets of the VAK became commanders of armies, another 8 headed corps.

The Red Army also had its own full-fledged General Staff Academy. The Nikolaev Imperial Academy of the General Staff was transformed into a "red" one in May 1918, and since then has trained a huge number of Soviet generals. Its first chief was Major General of the Russian Imperial Army Anton Klimovich, who was successively replaced in this post by Lieutenant General Andrei Snesarev (this outstanding person generally made an invaluable contribution to the formation and development of Soviet military education), Major General Pavel Lebedev and others. It is true that Lieutenant Tukhachevsky also entered the list, but this is not an indicator.

Today, when personal and political ambitions are often put much above such half-forgotten values ​​as patriotism and loyalty to the oath, it may seem strange and even wild to someone that former representatives of the Russian Imperial Army also contributed to the formation of a new army, and ideologically, as it were hostile. Nevertheless, these were people who really lived under the motto: "There is such a profession - to defend the Motherland!" And they did everything to give their country as many new reliable defenders as possible.

Ctrl Enter
Noticed oshЫbku Highlight text and press. Ctrl + Enter
We are
Chernobyl notebook. Part of 3Father told
103 comments
Information
Dear reader, to leave comments on the publication, you must to register.