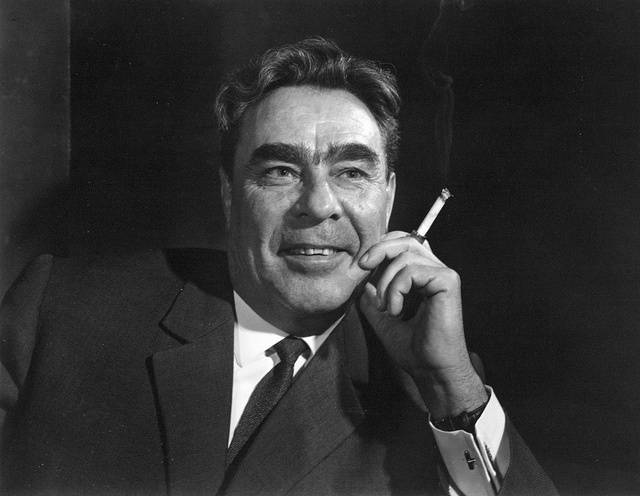 No reason not to remember

It is not possible to guess any date for this text. And it was created largely on the basis of several publications in social networks. Where emotions and even some stretching are allowed. If only without rudeness.

Let us consider the victory of the "dad" in the presidential elections in Belarus as a reason. Alexander Lukashenko is the last of the true heirs of the Soviet era, who manages to prevent his native republic from sliding into the "Maidan" or worse.

It is unlikely that anyone would dispute the fact that the first leaders of the new states that were created on the ruins of the Union did not grow from Gorbachev, but rather from Brezhnev.

Leonid Ilyich himself at one time did and, in my opinion, did everything in his power for the prosperity of the Union and its 280 million population. Prosperity, of course, there were great difficulties, but the fact that many now remember that time with nostalgia, you must agree, is indicative.

A few days before the death of the secretary general, my wife and I visited the quiet, cozy Novozybkov, Bryansk region, for the anniversary of her grandmother. Omitting the details, let me remind you quite a bit. First, Baba Ksenia's portrait of the Soviet leader happily coexisted with family photographs, including front-line photographs, as well as with icons.

And this never bothered anyone. This is because under the communists people were afraid of everything. This, sorry, is unlikely: my grandmother had four sons, three of whom were members of the Communist Party of the Soviet Union, and no one even thought to put them on the surface for such freethinking of the mother. 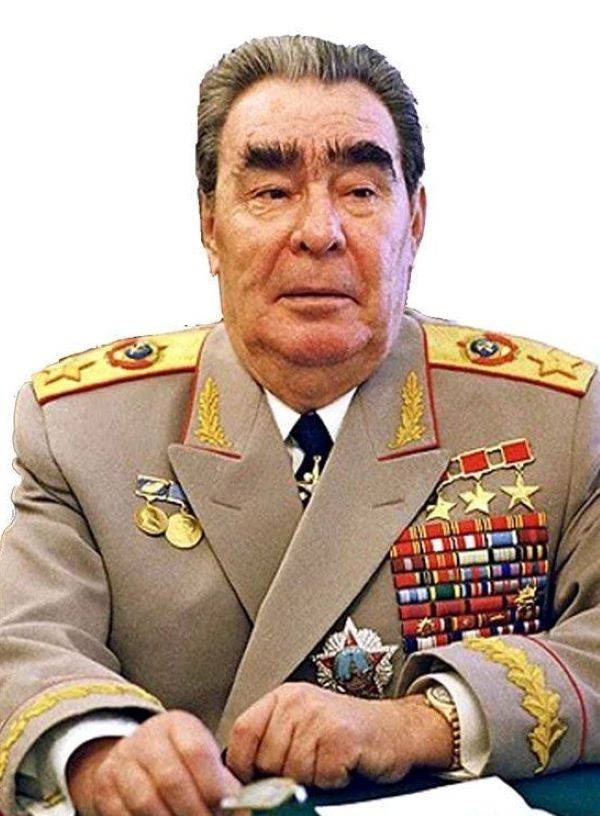 Secondly, although almost forty years have passed since then, I have never and nowhere, either at home or abroad, tasted anything tastier than those dishes that were put on the table on one of the November days of 1982. They are exposed as simple, poor, what is there to lie and, as it is considered now, downtrodden people from the Russian hinterland.

But we are still being told that during the stagnation there was nothing to get in the USSR. Yes, in Novozybkov they appreciated tea with elephants and sweets from Krasny Oktyabr. But the local cuisine would definitely be envied by the author of the “Book of Tasty and Healthy Food” - the great Pokhlebkin, and Rabelais, and even Ivan Shmelev with his carnivorous scenes from The Summer of the Lord.

And finally, thirdly, how did the grandmother, and her middle-aged girlfriends, old women, and numerous relatives know how to have fun? Dances of three Slavic peoples, who have become akin at this crossroads of borders, and dances from almost the whole world, of course, up to the "Gypsy" with an exit.

And also - songs, songs, endless songs in Russian, Ukrainian and Belarusian, and ditties, of course, in which, by the way, the general secretary himself was hard hit. This again means that everyone was afraid of everything then, and democracy reigned only in communal kitchens.

Actually, by the day of Brezhnev's death, we had already returned to Moscow and because of mourning did not get to the concert with Pugacheva. Then there was already an anecdote in which the secretary general was called "a petty politician of the era of Alla Pugacheva." But now every biographer of the prima donna considers it his duty to remind that her star rose during the Brezhnev era.

By the way, there were a lot of jokes about Brezhnev then, but the right to become a hero of Soviet jokes had to be earned. And the Soviet jokes are, you see, a brand to match Jewish or stories about Armenian radio.

"We had a great era"

Still, what is the correct name of Eduard Limonov, now deceased, one of his books. And someone on that day, November 10, 1982, had classes in explosives.

Here is just a slightly familiar author from FB recalls:

“… The frost was growing stronger, the hands did not obey and it seemed that this icy torture would never end. Closer to lunchtime, having tumbled into the barracks, we first of all grabbed our numb fingers into the hot radiators and fell silent ...
It was then that it became clear: something in our world, which had not changed for decades, something significant and irreparable had happened ... By the evening it was reported: Brezhnev had died. IN history he entered as a comical old man. Shaking speech, bushy eyebrows, funny parodies. Kisses with communist associates and African dictators. And countless anecdotes.
Meanwhile, the entire international security system, which we are successfully breaking down today, is Brezhnev. The famous Anti-Ballistic Missile Treaty, from which the Americans decided to withdraw just now, is Brezhnev. Convention on the Prohibition of Chemical and Biological weapons - also Brezhnev.
And also - a peace treaty with Germany, a policy of peaceful coexistence. SALT, START, OSCE. It sounds unusual, but it was largely thanks to Brezhnev that the world did not burn out in a nuclear war, but lasted until our days. I'm not even talking about the fact that if we remember something good from our Soviet times, then these times are not Lenin's and not Stalin's, and not Khrushchev's ... but Brezhnev's. "
It remains to add that Brezhnev not only tamed Richard Nixon, and then a couple of American presidents. Together with Andrey Andreyevich Gromyko, Mr. No, he made tame not only the crowd of leaders of the third world countries, but the entire Non-Aligned Movement as a whole.

Finally, it was under Brezhnev that the Chinese on Damanskoye were given a distinct understanding that we would not give up an inch of our land. It is not worthwhile to expand here on what happened to Damansky then - it still hurts a lot of people. However, the leaders of the Celestial Empire seem to have been brought down from heaven to earth in a very timely manner. And this was enough for a quarter of a century at least.

And under Brezhnev there were BAM and Komsomol construction sites with construction teams. And there was almost complete non-interference of the Central Committee of the CPSU in cultural issues. Under Khrushchev, they ate, and Brezhnev personally gave the go-ahead for the release of films that could be easily recorded as anti-Soviet.

Brezhnev contrived to keep the ideologues-dogmatists headed by Suslov in a black body. Well, they, as if in gratitude, filled the shelves of bookstores with multivolume works of the secretary general. And even if Leonid Ilyich did not write "Tselina" and "Malaya Zemlya" himself, it was published from his own words. And the readers had to compare them not with Lenin's PSS, but with reports at regular party congresses.

And there was also the Moscow Olympics-80, almost disrupted by Western politicians, but for those who saw it, it was definitely the best of all time. Compared to her, the next one in Los Angeles looked more like some kind of provincial circus with a big top with drunken soloists, and this is not the only opinion of the author.

Yes, now it seems that it was under Brezhnev that corruption flourished in the country, and the people drank themselves out of despair. And bureaucratic lawlessness allegedly reigned only under Brezhnev both at the very top and in the housing offices and collective farm offices. And in the army hazing like from those times.

But the beginning of all this was laid earlier, and the victorious army began to decompose just under the dear predecessor Leonid Ilyich. What was the cost of only one reprisal with the Marshal of Victory G.K. Zhukov.

Few will now remember that Brezhnev was a lover of life and a passionate car enthusiast, and until he grew old - a very handsome and imposing man. But everyone knows how sentimental he was, sometimes to the point of indecency, and in old age - greedy for orders and regalia. 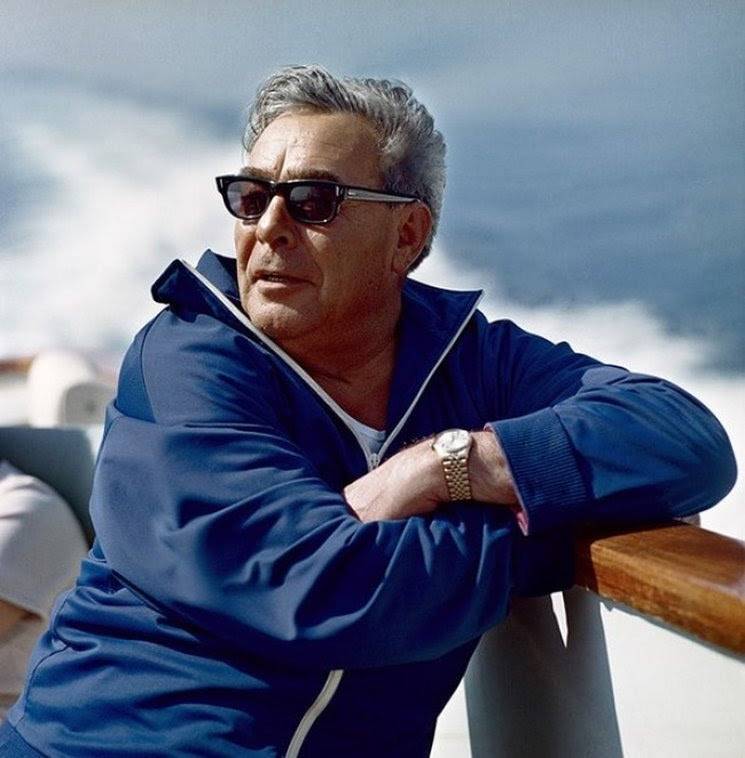