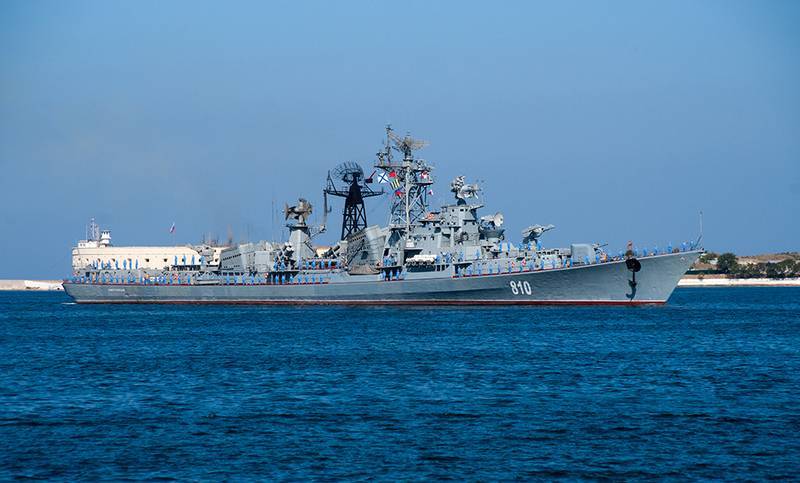 The watchful ship "Shrewd", removed last year from the current Black Sea fleet, underwent dock repairs at the 13th shipyard in Sevastopol. According to the press service of the Black Sea Fleet, the ship was taken out of the repair dock.


As noted, the ship was taken out of the dock by two tugs: one was pulling it from the dock into the bay, the other was directing it so that the "Sharp-eyed" would not touch the walls. A third tug has joined the bay and provides insurance during the operation. In the future, a number of works will be carried out on the ship, which will finally turn it into a museum. A reduced crew remains on the Smetlivoy to ensure the survivability of the ship, by analogy with the Aurora.

The Black Sea Fleet patrol ship Smetlivy has been removed from the repair dock. It will be moored at the pier for the next stage of its operation as a museum ship
- said in a statement.

At the beginning of April of this year, "Savvy" was included in the book of records (achievements) of the Armed Forces of the Russian Federation with the wording - 50 years in the Navy. The main achievement of the ship is a twofold excess of the design service life, as indicated in the certificate, which was awarded to the command of the Black Sea Fleet. It is noted that despite the considerable age, the ship until the last carried out combat missions.

Ctrl Enter
Noticed a mistake Highlight text and press. Ctrl + Enter
We are
The watchful ship “Shrewd” Black Sea Fleet will undergo dock repairDecember 2010 years. Russian March. Senseless and merciless? Notes not a Russian person
20 comments
Information
Dear reader, to leave comments on the publication, you must to register.